The Transcendence of God 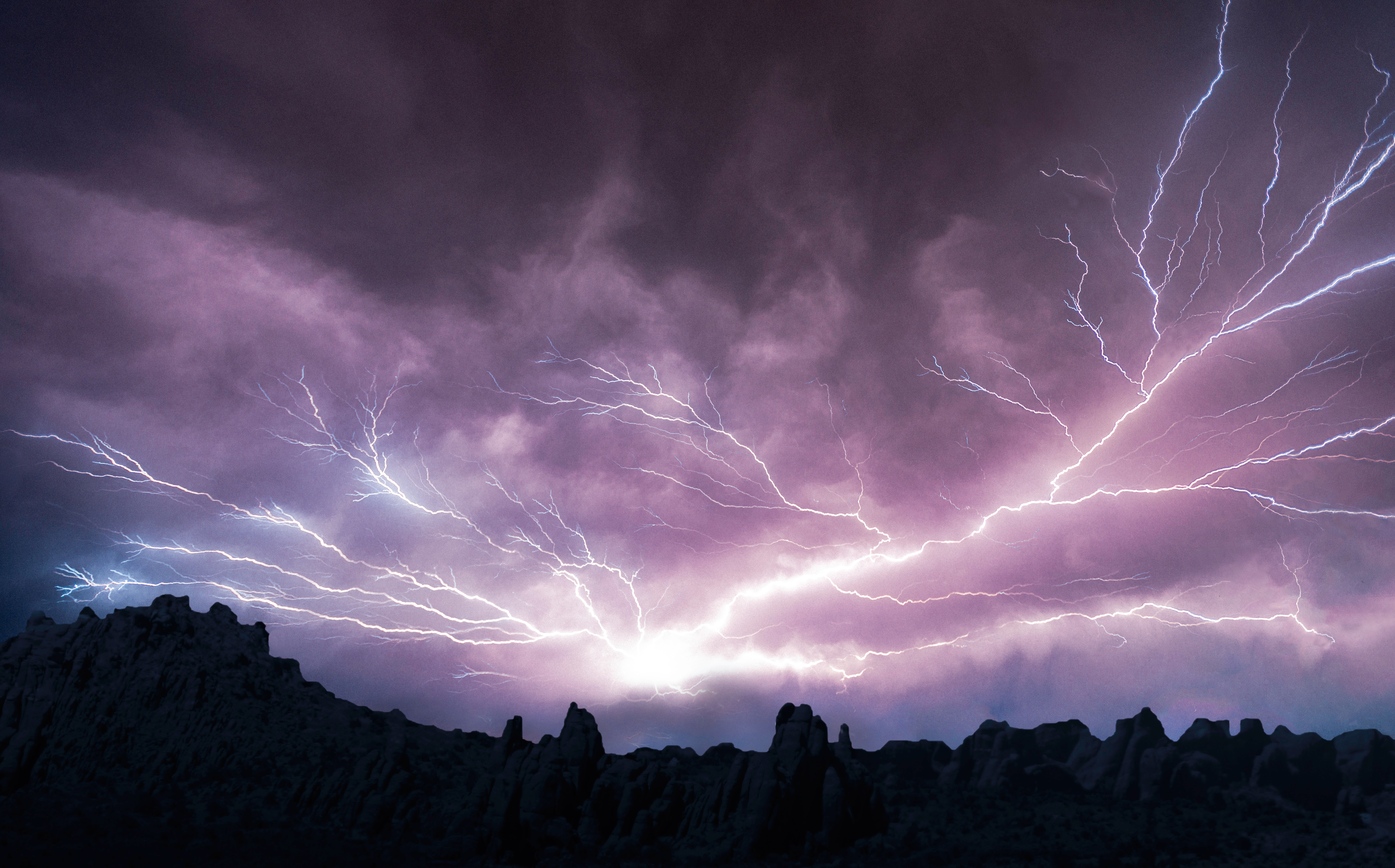 First, there is the lightning and the thunder. In the days before the nuclear bomb what would have been the most powerful, destructive force the ancients could have referred to? The answer: a thunderstorm, the dark, wild, booming electrical storms which stalk the great continents where, when thunder erupts, the whole ground shakes, and when lightning strikes the whole sky is lit up. When God met with his people at Sinai, this is what they saw and they were terrified. Nature in the raw, nature unleashed at its most violent - that is what encircles the throne of God. To think that one can blithely walk into the presence of this God would be as suicidal as walking into an atomic blast - it can’t be done!

Secondly, there are the seven lamps, a reflection of the seven fold spirit, signifying the perfection of God’s Holy Spirit; perfect in wisdom, righteousness, and power. This brings home to us the truth that the way God’s presence can be mediated to us is by His Spirit but in such a way that God still keeps a certain distance; he can meet us on earth while still remaining in heaven.

Thirdly there is the ‘sea of glass, clear as crystal’.

This is significant for at least two reasons.

In the first instance it appears to create an insuperable barrier. How is is John, who is watching all of this, ever going to get close to that throne? He looks and before him is a sea of glass which is vast; then he observes the seven fold spirit which mediates whatever there is of God to his creation; next is the blinding storm which hides God; then concentric ranks of angels and archangels and even after that he can see God in such a way that can only be spoken of in terms of metaphor and simile. How do you approach such a God who wholly ‘other’ and terrifyingly holy?  What is needed is a kind of ‘go-between’, someone who will be able bridge the gap of infinity and introduce us to God in such a way that intimacy can be achieved without compromising God’s purity or bringing about our demise. The good news is that such a one exists and will be introduced in the next chapter- the Lion who is the lamb.

In the second place it is a sea of glass, clear as crystal. In the Bible the sea often depicts chaos, rebellion and turmoil.  The sea is dark and unruly, churning sediment, delivering up debris, detritus and even dead bodies onto its shores. This depicts the effects of Satan’s works in the world, as well as being a picture of the world organised in opposition to God (Is.57:20). This is why on earth things seem so uncertain and unpredictable with economic meltdowns, wars, famines and disease. As a result we are tossed about like flotsam and jetsam and become disorientated by it all. But not God, and from where he rules, there is no such sea, a sea of rebellion and uncertainty. The sea that exists before him is as smooth and as solid as a sheet of glass.

It is also as clear as crystal, that is, wholly transparent so there is nothing sinister lurking in its depths, a Leviathan ready to leap out and do damage (Job 41/Rev.13). It is a great comfort to know this is so. One day, as the last chapters of Revelation show, the whole of creation will be in this state (‘there was no sea’) when his kingdom comes and his will is done on earth as in heaven. God is completely composed and completely in control.

O God the protector of all who trust in you, without whom nothing is strong, nothing is holy; increase and multiply upon us your mercy, that being our ruler and guide we may so pass through things which are temporal, that we don’t lose things which are eternal. Grant this heavenly Father for the sake of Jesus Christ our Lord. Amen.

United Adoration (UA). Back in February, we prayed for their song writing session in Africa. It happened in person in the Mathare slum area of Nairobi. There was much prayer and healing, and the music came out of that process. Thank God for answering prayers and pray for positive planning and momentum for two more sessions this year.