The Spirit Brings God to us 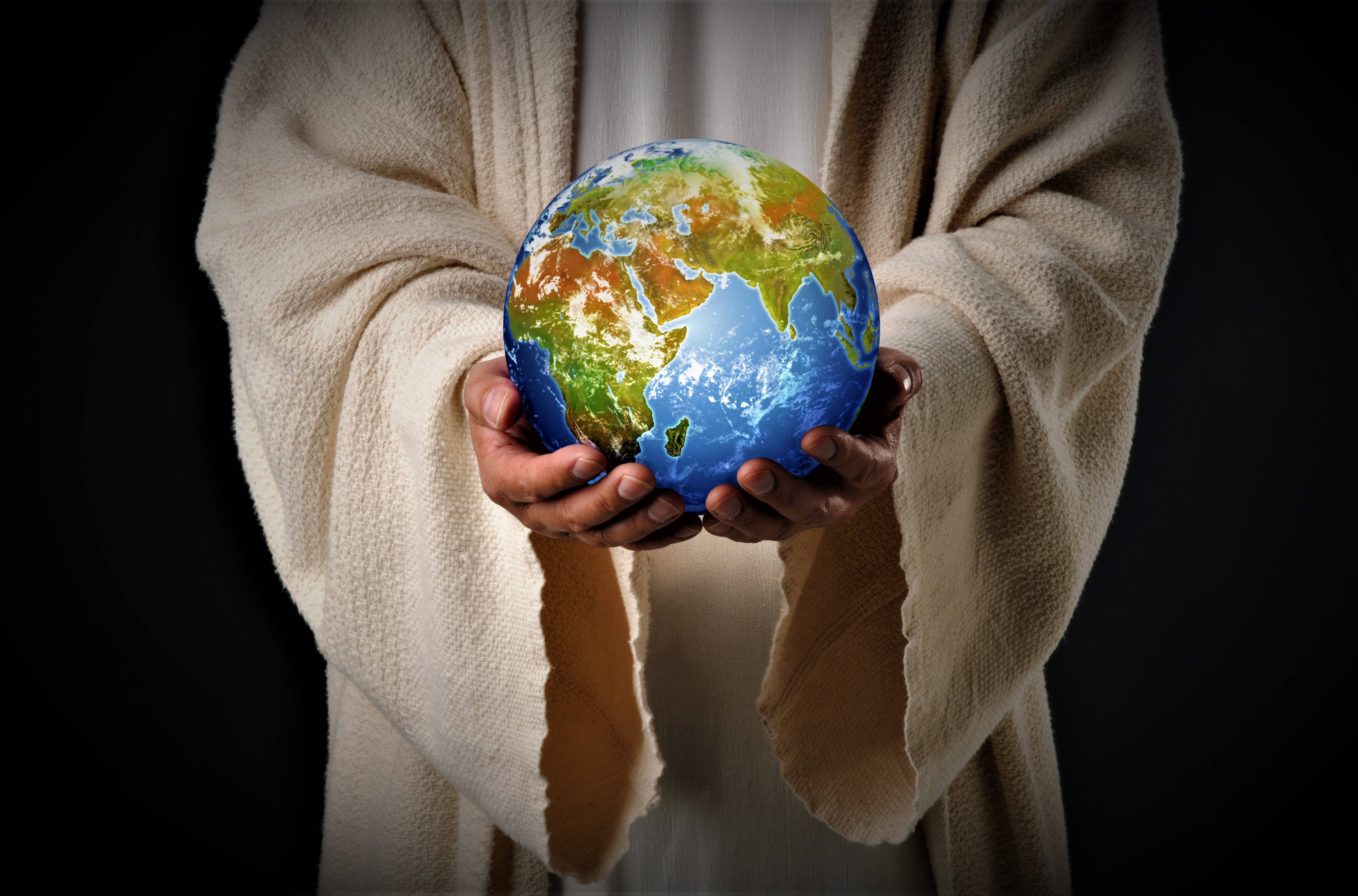 ‘And between the throne and the four living creatures and among the elders I saw a Lamb standing, as though it had been slain, with seven horns and with seven eyes, which are the seven spirits of God sent out into all the earth.’ (Revelation 5:6).

We have already drawn attention to the meaning of the horns symbolising strength and power, in this case seven horns signifying perfect power. The eyes denote Jesus’ all seeing capacity; note again the number seven, his knowledge is perfect and complete. The question then arises: How is this perfect power and knowledge of Jesus in heaven to be communicated on earth? Here we are given the answer: by the seven Spirits, ‘The Lamb has seven horns and eyes [referring to Jesus’ omnipotence and omniscience] which are the seven spirits of God sent out into all the earth.’ It is the Spirit which brings Christ’s strength and wisdom to the world which amounts to him mediating Christ’s presence. This is how the ascended Christ, who is bodily in heaven, is able to stand amongst the lampstands of the churches in Asia Minor. The Holy Spirit is the Spirit of Jesus (cf. Acts 16:6).

This work of mediating Christ’s presence occurs throughout the world, it is universalised.

Jesus told his disciples, ‘Nevertheless, I tell you the truth: it is to your advantage that I go away, for if I do not go away, the Helper will not come to you. But if I go, I will send him to you. (Jn.16:7). While he was on earth in the flesh, Jesus was limited by space and time, he couldn’t be in two places at once. But now, with the sending of the Spirit, everything has changed because there are no barriers of time or space to prevent his followers having an intimate relationship with him everywhere at every moment. In fact, it is even more intimate because while on earth Jesus was with his disciples, now by His Spirit he is in his disciples.

But you may be thinking, ‘Isn’t God everywhere anyway? Isn’t that part of the definition of God, that he is omnipresent?’ That is true of course. But the way God’s presence is experienced and the significance of his presence will vary. We have been given a glimpse of what God’s presence is like in heaven in all its breathtaking grandeur. But that doesn’t mean he is confined there. As Stephen Charnock the Puritan divine wrote, heaven ‘is the court of his majestical presence, but not the prison of his essence.’ Jonathan Edwards makes a similar point, ‘Heaven is the palace or presence chamber of the Supreme Being who is both the cause and source of all holy love. God, indeed, with respect to his essence is everywhere. He fills heaven and earth. But yet he is said on some accounts more especially to be in some places rather than others. He was said of old to dwell in the land of Israel above all other lands, and in Jerusalem above all other cities in that land, and in the temple above all other houses in that city, and in the holy of holies above all other apartments in that temple, and on the mercy seat over the ark above all other places in the holy of holies. But heaven is his dwelling place above all other places in the universe.’

Perhaps what is the most breathtaking thought of all is that the sevenfold Spirit brings God into the souls of redeemed sinners. Augustine proclaimed in one of his sermons: ‘The heart of the believer is not too small for him, though the temple of Solomon was.’

God of all grace, you have given me a wonderful Saviour who is your grace, full, living and free. In him you extend to me your mercy which restores the prodigal. In him I find peace which will bring me home to you in glory. May I live out this day in the warm light of your grace. Amen.

In February we prayed for the Mothers Union seminar taking place online and in person in Sydney. Thank God for a very well attended and successful event with good fellowship, encouragement and challenge.