The New Testament Model for Advocacy, Part 4: The Advocate Who Helps Us to Give and Forgive 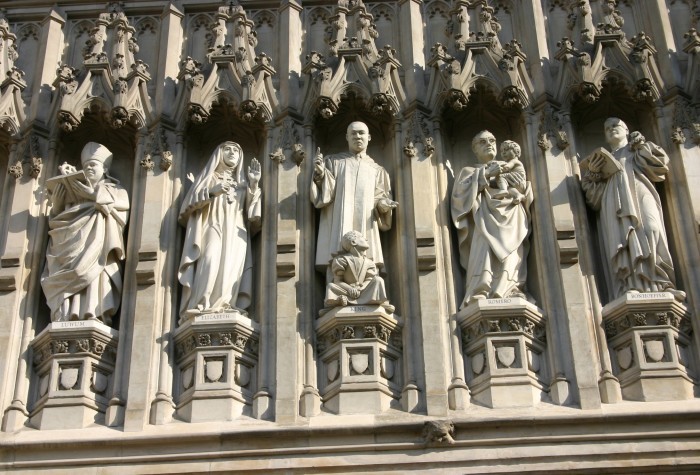 Jesus, The Advocate, is our model for advocacy. And Jesus sent the Holy Spirit to us as another Advocate. Jesus calls Him “another comforter,” but as many have said, sometimes God comforts us in our affliction, and sometimes He afflicts us in our comfort! Most of us in the free, not persecuted, part of the Church need that little zap from Him sometimes.

As human Christian advocates we need to be not only convicted by the Holy Spirit to move and to act, but we need to be empowered by Him. We need to model our advocacy after His advocacy, to stand as defenders of the persecuted.

The Holy Spirit empowers the advocate to be PERSISTENT. As the Bible says, we can get pretty “weary in well-doing.” Particularly when that “well-doing” means being engulfed daily by heartbreaking horror.  The Holy Spirit gives us the ability to persevere, to go on, and He gives us supernatural joy – the joy of the Lord – that is our strength.

And also, the Spirit Himself is INSISTENT. There are times when we feel the nudge of the Holy Spirit to do or say something. In Christian advocacy, this ability to trust nudges from the Holy Spirit is in itself a great comfort and guide. We see examples of this in the scriptures. In Acts 15, the Jerusalem Council writes to the Gentile believers, it “seemed good to the Holy Spirit and to us” not to lay the entire burden of the Jewish law’s requirements on them.

And then there’s how the Holy Spirit “insists” that Philip travel quite quickly from the road to Gaza to Azotus (Ashdod)! I think it would be really cool to experience that kind of insistence:

And he commanded the chariot to stop, and they both went down into the water, Philip and the eunuch, and he baptized him. And when they came up out of the water, the Spirit of the Lord carried Philip away, and the eunuch saw him no more, and went on his way rejoicing. But Philip found himself at Azotus, and as he passed through he preached the gospel to all the towns until he came to Caesarea. (It wouldn’t be me if I did not stop here to point out that the eunuch, or official, was from Kush, in Nubia, the far north of Sudan. Ethiopia proper was known as Abyssinia in Philip’s day. And he came from the court of the Kandaka (Candake) of Nubia. It was her title, not her name! The official went on his way rejoicing, back to Nubia, where three Christian kingdoms developed until the Islamic takeover.)

A final gift of the Holy Spirit that we need in order to be advocates for our persecuted brothers and sisters is the ability to forgive. In 1 John 2:1, John reveals Jesus’ function as an advocate to plead our case before God when we sin, saying, “If anyone does sin, we have an advocate with the Father, Jesus Christ the righteous.” And Hebrews 7:25 adds that Jesus, “is able to save to the uttermost those who draw near to God through Him, since He always lives to make intercession for them.” Not only is Jesus the advocate who makes intercession when we sin, but 1 John 2:2 says that He is also the propitiation for those sins – “and not for ours only, but also for the sins of the whole world.”

This Advocate forgives our sin. And because of that, advocates believe in and understand the power of FORGIVENESS.

Christians in Iraq have stated that they forgive ISIS.

Southern Sudanese Christians forgave the Darfuris who were used by the Khartoum government against them.

Bishop Festo Kivengere of Uganda forgave mass murdering dictator Idi Amin – responsible for the torture and death of Festo’s friend and Archbishop, the Most Reverend Janani Luwum. He even wrote a book entitled I Love Idi Amin.

The widows and brothers and parents of the Coptic martyrs that were slaughtered on the Libyan seashore have forgiven their loved ones’ killers.

And the wife and daughters of Australian missionary doctor Graham Staines, who, with their two little boys, was burned alive by radical Hindus while sleeping in their jeep on a field mission, forgave the killers.

This is not cheap forgiveness. This is not denial or downplaying of evil – which some people mistake as forgiveness. This is looking evil the evil that has been done squarely in the face, acknowledging it as evil, and saying to the perpetrator, “but I forgive you – because I have been forgiven.” This is the type of forgiveness that transforms the persecuted into advocates for their very persecutors, the type of advocates that say “Father, forgive them, for they know not what they do.”

So many mercies of God recited in the Psalms for today’s Daily Office. Read them all aloud with a grateful heart. From Psalm 56:  “this I know, for God is on my side;” “You record my lamentations; put my tears into Your bottle;” “For You have delivered my soul from death and my feet from stumbling.”

Follow the hyperlinks in the examples of persecuted Christians who forgive and read their stories.
See the film based on the story of Dr. Graham Staines, THE LEAST OF THESE, with Stephen Baldwin as Graham Staines.
One of the most amazing 20th century examples of the insistence and guidance of the Holy Spirit is how He led Jackie Pullinger to the Walled City inside Kowloon, Hong Kong. You can read her story in Chasing the Dragon. Or you can listen to her talk about her experiences on YouTube.

Prayer:
Oh Lord, You are so good. You have chosen us and called us Your own. You have work for us to do, but we can do nothing apart from You. You are the one who equips us to be advocates. And You especially equip us by giving the Holy Spirit to us. Thank You for giving us the grace in this time of worry and fear caused by the Coronavirus to focus outside ourselves and onto the mission You have given to us, to be advocates for Your suffering ones. Thank You that You will show Your glory in ways that we cannot even imagine. In Jesus’ Name, Amen.