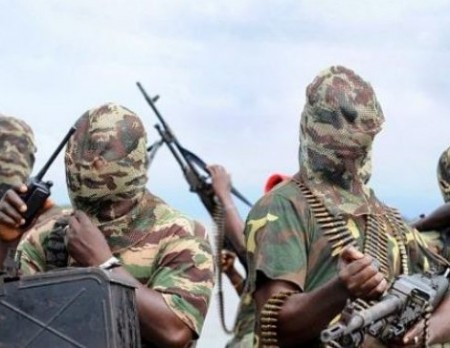 This Lenten devotions series is unusual, I admit it. Is it appropriate to talk about advocacy – whether political or social – during this Holy season?
Is it proper to take inventory of our failures for our persecuted brothers and sisters, as well as contemplating our own personal moral failures?
Is it fitting to focus on ways in which we can further open our hearts, embracing the pain of the Suffering Church, and further opening our minds to the reality that we are one Body of Christ around the world?

Yes! What better demonstration of repentance for things left undone, for not loving our neighbor as ourselves? But even in this spiritual exercise, some aspects are more difficult than others. We can come to terms with our lack of love, apathy, inaction for the persecuted. We can pray and purpose to do more on their behalf. And praise the Lord for that! The more difficult aspect is confronting systems that cause and/or allow persecution. We may feel helpless. We may be of a temperament that prefers to steer clear of controversy!  And while making efforts to pray, support, and give a voice to persecuted Christians is something that even those who aren’t making those efforts can admire, revealing hard truths and exposing false narratives that lead to or exacerbate persecution may not be as welcome!

While we should and must ask God for the grace to do everything with love, and search our own hearts regularly and diligently for mixed motives – such as anger and hatred towards the persecutors – as advocates we’re called to reveal hard truths and expose false narratives.

Yesterday’s devotional was on revealing truth as an element of seeking justice for the oppressed. I can tell you from personal experience that confronting international organizations considered informed and compassionate but deny the reality of a horrific human rights violation like slavery is not easy! We need wisdom from the Holy Spirit and the right words from the Lord. And to return to an earlier devotional entry, we have to see not just issues but people with whom we are in relationship in the Body of Christ, people like the Rt. Rev. Henry Cuir Riak. At that time he was Bishop of Wau in southern Sudan. Bishop Henry lost thousands and thousands of his people to slave raids.

A related issue in truly defending the persecuted is to understand that sometimes euphemisms and understatement are used to create a sense of moral equivalence between the persecutor and the persecuted, but:

Advocates expose and confront FALSE MORAL EQUIVALENCE
For instance, to say that in Nigeria there are “clashes between farmers and herdsmen” when what is actually taking place is systematic extermination of entire Christian villages by radicalized Fulani is false moral equivalence. Similarly, to describe Boko Haram’s attacks on Christians because they are Christians as “ethnic conflict on both sides” is false moral equivalence!

Other times insufficient words are used deliberately to describe reality. Again in Nigeria, to refer to Boko Haram as “disenfranchised and underprivileged youths” as one US State Department official did in 2012, is not only creating false moral equivalence, but is just plain false! That official offered poverty rather than jihad against Christians as the reason for mass slaughter by a leader who declared openly he would kill a Christian as easily as a chicken.

Countering such deception and lack of clarity is mentally, emotionally, and spiritually exhausting – not to say physically, as well. Thank God, for the help and comfort of Jesus and the Holy Spirit as we venture into taking a bold stand on behalf of persecuted Christians! Next week we will explore how the Holy Spirit helps us in advocacy.

We see in the Bible how much God hates a false witness. It’s the Ninth Commandment! Also look at Deuteronomy 19 for how seriously God takes this issue! Proverbs 6 tells us, “There are six things that the Lord hates, seven that are an abomination to him: haughty eyes, a lying tongue, and hands that shed innocent blood, a heart that devises wicked plans, feet that make haste to run to evil, a false witness who breathes out lies, and one who sows discord among brothers.” Find more Scripture references on false witness to help steel your resolve to protect our persecuted brothers and sisters from false witness.

In another situation where false moral equivalence caused inconceivable damage certain phrases were (and are) used to avoid identifying instigators. Be aware of such phrases when you read reports from media, United Nations, and others: “Fighting erupted” Volcanoes erupt. Fighting has an instigator, it doesn’t just erupt. Does it matter who “hit” first? Sometimes it is an issue of deadly seriousness.
In addition to the phrase above “ethnic conflict on both sides” used regarding Christians in Nigeria, you will find the phrase “rival factions clashing” in situations where a sovereign government (Christian, at that) is being attacked by armed rebels trying to take over the country. False moral equivalence: Watch for it and question why it is there.

Photo: Boko Haram members live among the people, but cover their faces to slaughter their neighbors. (Photo Credit: PressTV Nigeria)

Father in Heaven, You revealed to Moses when You gave him the Torah that false witnesses are an abomination. So many of our persecuted brothers and sisters, along with other Christians standing against evil, have been victims of false witness. Please be with them and be their Vindicator, and help us to do our part to vindicate them as well. In Jesus’ Name. Amen.