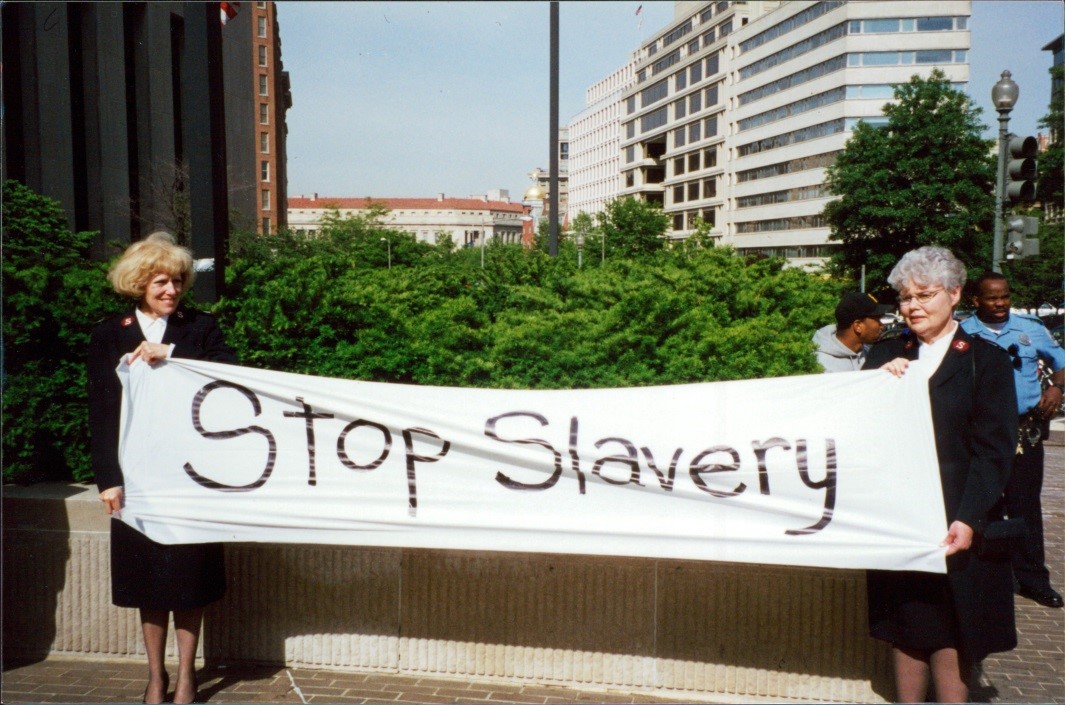 Jesus, the perfect example of advocacy for us as we seek to be advocates for our persecuted brothers and sisters, revealed how much God cares about justice. “Will not God bring about justice for His chosen ones?” Jesus asks at the end of the parable of the widow and the judge.
There are several important aspects of seeking justice in which advocates for persecuted Christians can participate. In order to obtain justice.

There are striking examples of the need to reveal truth, not keep quiet or be neutral, as Ray Ortland warned against in yesterday’s devotions. One example was the reality of enslavement of black, African Christians and others in Sudan.

In the 1990’s the United Nations and certain NGO’s attempted to deny or downplay the slave raids that were used as a weapon of jihad by the Islamist militias against ethnically African Sudanese from certain regions, especially southern Sudan.  They attempted to portray the human rights violation as simple “tribal abduction.”  They were forced (by advocates exposing the truth) to admit that the taking of tens of thousands of women and children from Bahr al Ghazal and elsewhere was chattel slavery. But they still condemned the actions to redeem the slaves!

They condemned advocates who followed the example of the Trinitarians. The Order of the Most Holy Trinity was founded by St. John of Matha and began redeeming Christians taken in slavery in 1201. In a similar manner, courageous redemption actions were taken (and, in many cases, are still taken!) by such heroes as Christian Solidarity International’s Dr. John Eibner, the American Anti-Slavery Group’s Dr. Charles Jacobs, Joe Madison, and others. And the work of documenting said slavery was taken by the late Dr. Samuel Cotton, the late Rev. Canon Keith Roderick, and others.

Many who criticized redemptions had their own agenda. But stories of those redeemed out of slavery helped provide a clear picture of the evil Khartoum regime. That brutal reality highlighted the racist aspect of the jihad that the regime was waging. Advocacy resulted in the appointment of an Eminent Persons Task Force to investigate Sudan slavery and the task forces’s findings and recommendations had a great impact on stopping that particular evil and leading the way to changes in Sudan that we are seeing today.

Another important aspect of seeking justice for persecuted brothers and sisters is exposing false moral equivalence. Friday’s devotions will explore that subject.

Dig deeper:
•    The work of Dr. Samuel Cotton to expose modern slavery. You can read his bio information in the hyperlink above, or his book, Silent Terror: A Journey into Contemporary African Slavery.
•    We see God’s hand in how one event in life, one Kairos moment, leads to an unforeseen result, and then another. Such is true of the events that took place through the vision God gave to John of Matha to redeem slaves, as described above. In addition, one slave rescued by the Trinitarians from five years of misery as a slave was Don Miguel de Cervantes – future author of Don Quixote. Cervantes showed his gratitude to God by becoming a third order (lay) Trinitarian, and his novel went on to impact the world. I believe you can even trace God’s hand through Don Quixote to the beloved musical Man of La Mancha. How many hearts have been touched, maybe searched for God, through “The Impossible Dream” story that would never have been sung if it had not been for John’s call from God to free the slaves? Think about what you can do to reveal some truth about your persecuted brothers and sisters in the Suffering Church.

Prayer: Dear Lord, You are a God of justice and mercy. You are a God of truth and grace. Thank you, Jesus, for the vision that You sent to our brother John of Matha that caused his heart to be broken for persecuted Christians and to found the Trinitarians to take action. Please break our hearts, as well, Lord. Give us a vision of Your persecuted Body that compels us to take action. And we will never fully know until we stand before You in Heaven what effect our actions may have. In Jesus’ Name. Amen.