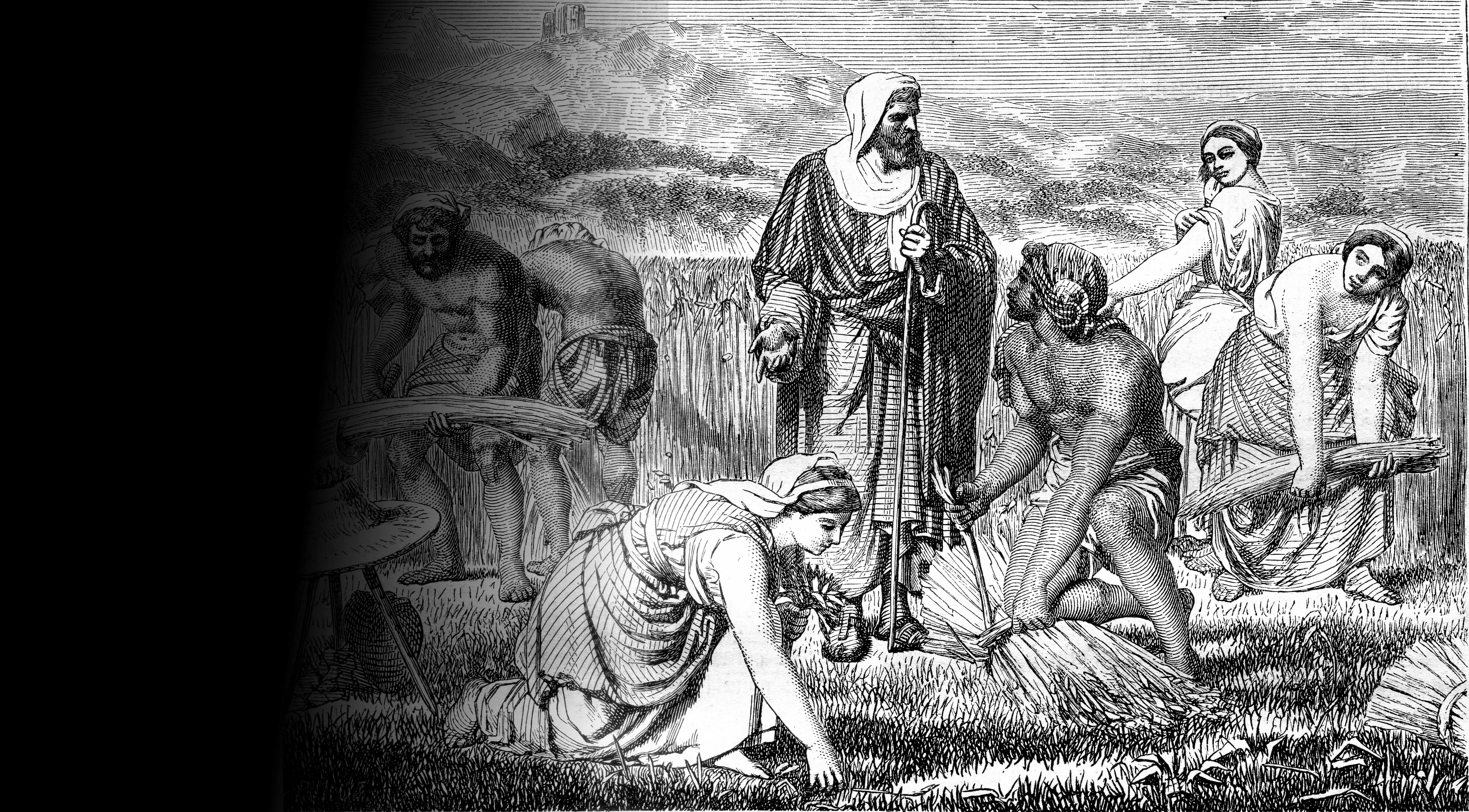 In our previous reading, when Ruth comes home, Naomi literally asks her who are you? What Naomi wants to know is whether Ruth is still Mahlon's wife or is she already Boaz's wife. Ruth informs him that she is still Mahlon's wife, but that is soon going to change. Boaz is determined to fix the matter as soon as possible. On giving her barley before returning home, he told her, "Don’t go back to your mother-in-law empty-handed." Today Naomi's future is going to change. Do you remember Naomi’s bitter words when she came back from Moab? ‘I went away full, but the Lord has brought me back empty’. God, in his mercy, is acting and Naomi will have a family again. Boaz will take care of this.

1. In our previous passage, Naomi said ‘the man will not rest until the matter is settled today’. (Ruth 3:18). Where is Boaz now?

In our previous reading the action took us from Naomi's house to the threshing floor and back. Naomi was correct in her assessment of Boaz's determination because we are now at the town’s gate. This is the place where the men of the community meet and do business, they all pass through this place.

2. In front of witnesses, Boaz talks to the closest relative ("the rescuer"). How does he present the situation? Why is this relative refusing to get involved?

It didn't take long until the closest relative (note, the one who should have rescued the widows) passed by. As was the custom at that time, Boaz calls him and calls ten elders of the community to be witnesses to the matter at hand.

Boaz presents the case: Naomi has put her family's land up for sale and this relative has priority in the purchase. The concept Boaz uses is to "redeem" the land, to prevent it from disappearing from the family. The relative (the "rescuer") is interested and immediately declares that he is willing to redeem the land, since this has economic advantages for him. But when Boaz informs him of the other redemption, that is to marry Ruth, as quickly as he was willing to redeem the land because it brought him financial gain, he rejects his responsibility. Because redeeming Ruth involves personal costs that this ‘redeemer’ is not willing to assume. ‘I cannot redeem it because I might endanger my own estate. You redeem it yourself. I cannot do it.’ The truth of the matter is that he can, but he doesn't want to. He is not willing to be merciful, to love his neighbor (whom he has an obligation to help). We do not see in him the character of a true child of God.

How different is Jesus, who left what was naturally his to rescue us (see Philippians 2:5-11). Being a redeemer is costly, it is not for those seeking personal gain. But God blesses those who act like this, just as we see in Jesus and Boaz.

3. Faced with the rejection of the closest relative, Boaz assumes the responsibility of "rescuing" Naomi and Ruth. How is it evaluated by the community?

Boaz redeems the property and redeems Ruth to preserve the name of Ruth's late husband. The answer of these ten elders is short and precise: We are witnesses. And they bless Boaz for his generosity: May the Lord make the woman who is coming into your home like Rachel and Leah, who together built up the family of Israel. May you have standing in Ephrathah and be famous in Bethlehem. And so it was. His offspring would be a blessing to all mankind. A humble man and a humble woman, for their righteousness and desire to honor his commitments, end up being part of God's great plan to redeem all humanity. What a wonderful love story!

Think: The ‘redeemer’ refuses to redeem because it affects him personally. What did Christ do to rescue you?

Ideas for prayer: Thank God that Christ is your rescuer. Ask him to help you be merciful with those in need.

Translated from the Chilean Book of Common Prayer, General Thanksgiving.
We, your unworthy servants, give you humble and sincere thanks for all your goodness, kindness and favor towards us and towards all men. We bless you for our creation, preservation and all the goods of this life, especially for your immense love in the redemption of the world through our Lord Jesus Christ, for the means of grace, and the hope of glory.
Give us full knowledge of all your mercies so that our hearts are filled with pure gratitude, and thus praise your name with our lips and our lives, giving ourselves entirely to your service, walking before you in holiness and justice every day of our life; through Jesus Christ our Lord, to whom with you and the Holy Spirit be all praise, honor and glory, forever and ever. Amen.

Toliara diocese, Madagascar. In September we prayed for ''human resources to minister to the many new believers - 'ask the Lord of the harvest to send out labourers into his harvest.''' Thank God for the 3 ordinations and 4 evangelists commissioned (Nov 7). Pray for this new team of 7 as they take up their new roles the Diocese.