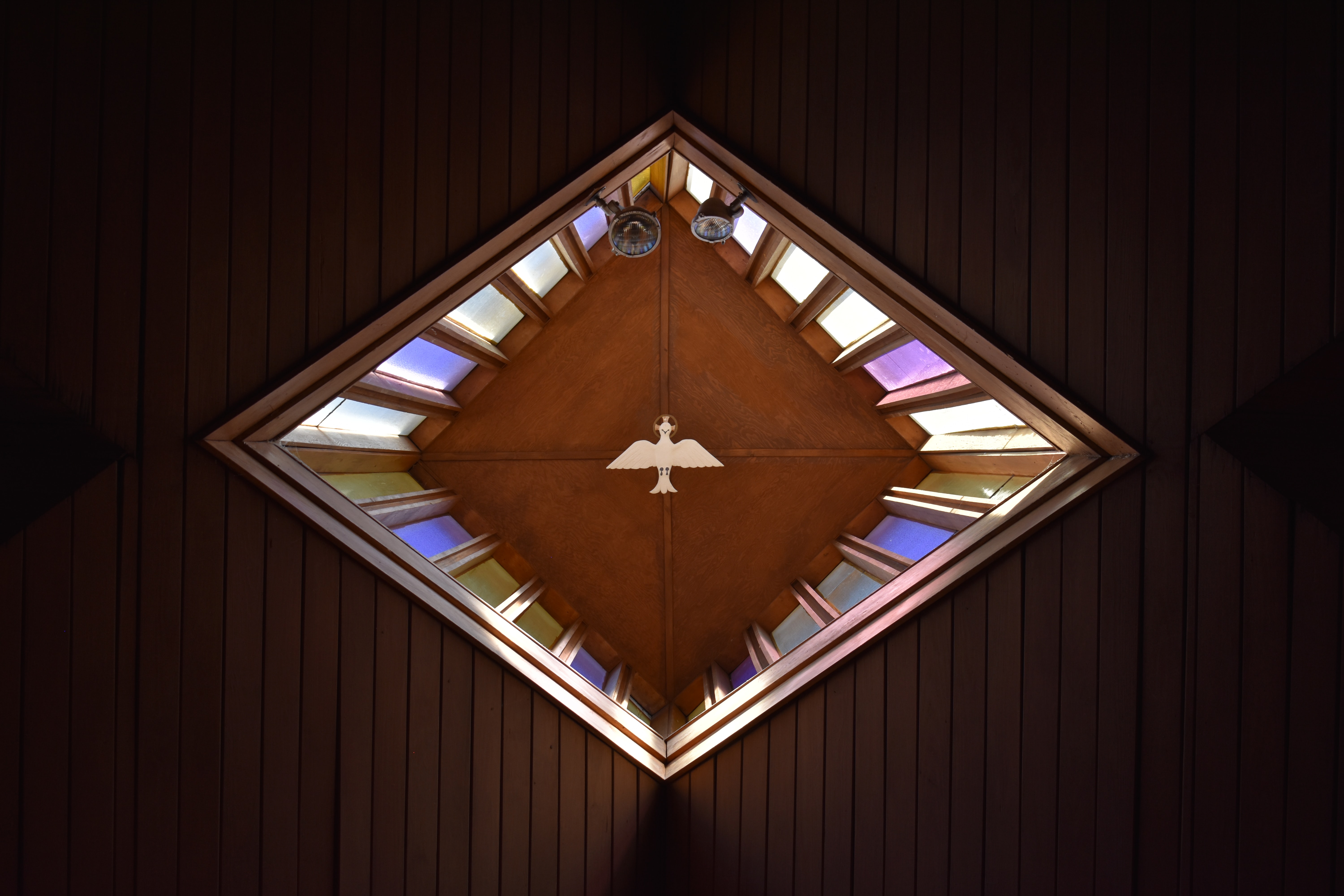 From what we have had the privilege of seeing so far with John as we have glimpsed the throne room which lies at the heart of the universe, we might be excused for thinking that God is rather distant and remote. After all, God is presented as the One who occupies the throne and so making his dwelling place in heaven, not on earth (chapter 4). Jesus the Lamb is certainly victorious through his death on the cross, but he too now shares his Father’s throne in glory (chapter 5). Therefore, if God is in heaven and we are on earth, how does he connect with us, how is he to make his presence known and the fruits of his victory shared? Enter the third person of the Trinity.

In the glory and splendour of eternity the Father, Son and Holy Spirit equal in divinity, supreme in majesty, reign over all, hence the blessings which come from the divine throne to God’s people having a threefold source, 1:4: ‘Grace and peace to you from him who is, and who was, and who is to come, and from the seven spirits before his throne, and from Jesus Christ.’

By speaking of the Holy Spirit being before the throne suggests that he too rightly belongs on the divine side of the created order. But there is also a certain ‘distancing’ from the throne; he is ‘before’ it, like a royal servant poised to do the bidding of the King. He is the ‘go-between God’ who links heaven and earth, God and man.

The reference to the ‘seven Spirits’ needs to be understood against the background of Revelation’s use of numbers, especially the number seven. The book itself is structured by two organizations of seven. In chapters 2-3 there are seven letters to seven churches. In chapters 4-22:5 there are seven visions of the shift of the ages.  Together with its multiples, seven is a number which signifies fullness or completion, thus referring to the seven Spirits before God’s throne stressing his fullness and irreducibility as God.

There is another symbol associated with the Spirit in 4:5, ‘From the throne came flashes of lightning, and rumblings and peals of thunder, and before the throne were burning seven torches of fire, which are the seven spirits of God.’  This is an allusion to Zechariah 4 in which the lampstands symbolise Yahweh’s presence with his people and a new temple built by God’s Spirit. When connected to the ‘lightning’ and ‘thunder’ around the heavenly throne, we are drawn to the idea of a theophany as at Sinai. The seven Spirits mediate the divine presence.

The number four is also significant, it is the number of the world. The seven Spirits of God is mentioned four times in this book, (1:4; 3:1; 4:5 and 5:3) indicating that he is the one who will implement God’s will and the victory of the Lamb throughout the entire world.

The presence of God, the power of God and the mission of God- these are just some of the works the third person of the Trinity perform which we will be exploring over the next few days.

But for now, ponder this remarkable fact expressed by St Augustine when speaking of the gift of the Spirit, ‘How great a God who gives God.’

Grant to us Almighty God, of your good Spirit, that quiet heart and that patient humility which your comforting Spirit brings, that being humble towards you and one another we may have our hearts prepared for that peace which passes all understanding, which if we have, the storms of life can hurt us very little, the cares of life not vex us at all and in the presence of which death loses its sting.
For your name’s sake. Amen.

In March, Rt Rev Nicholas Drayson was elected Primate of the Anglican Province of South America. Pray for Bishop Nicholas and his wife Catherine: for discernment, faithfulness, strength, vision.