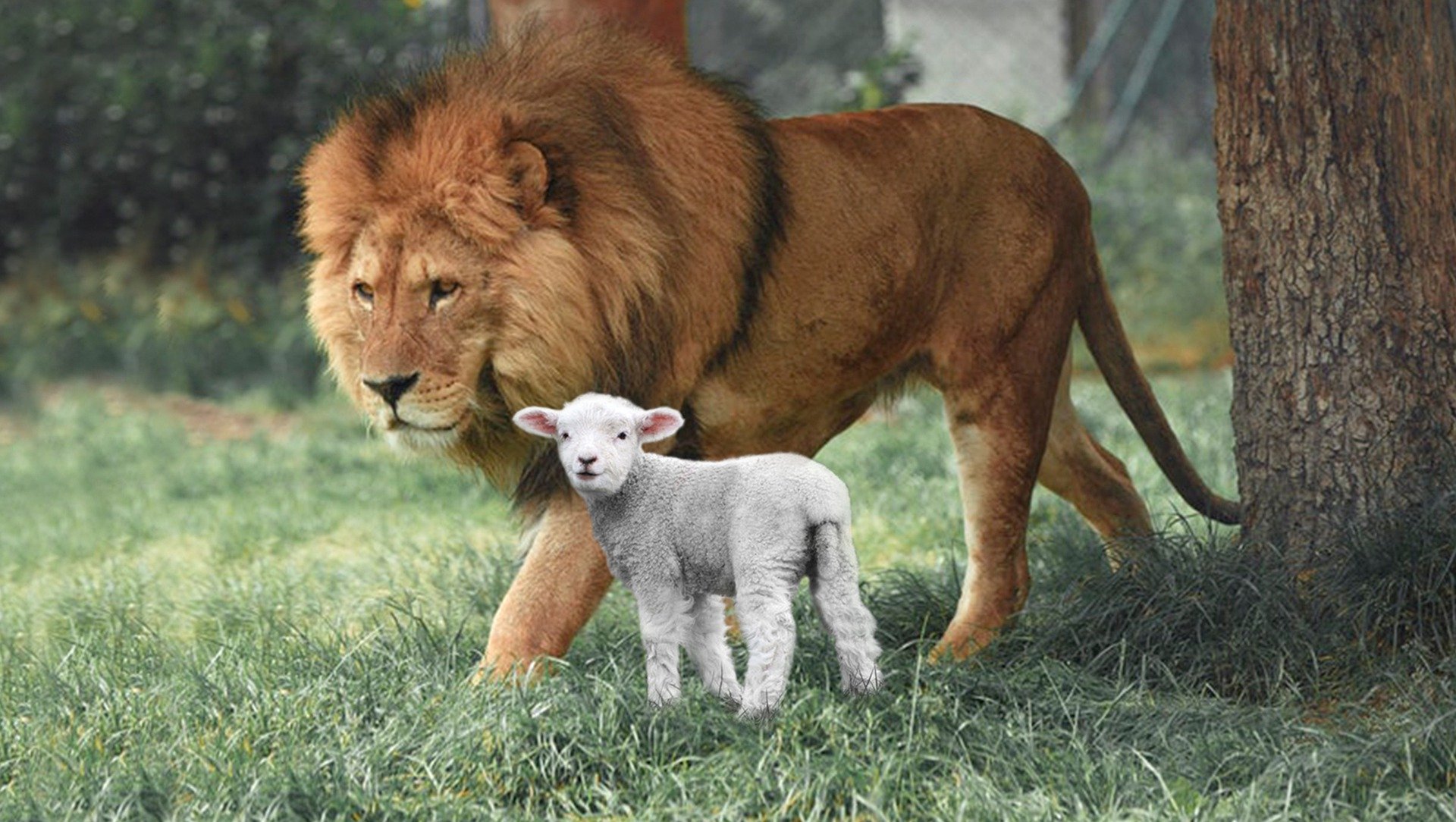 It is the voice of one of the elders (the higher order of angels) which provides the reassuring answer to the angelic cry for one to put into effect the will of God, ‘And one of the elders said to me, “Weep no more; behold, the Lion of the tribe of Judah, the Root of David, has conquered, so that he can open the scroll and its seven seals.”’ (5:5).

Similarly in Isaiah 11:1 the promise is made that ‘a shoot would spring up’ which would also be from the root of David’ (11:1). This is Messianic language. And this is the one who can take the scroll and put into effect God’s decrees. What qualifies him for this task is that he has triumphed. The Greek word suggests a victorious struggle which qualifies him for this unique role, having done that which the readers of several of the letters have been urged to do, namely, ‘conquer’ (e.g.2:8). Exactly what that struggle was we discover next as John lifts his head to look for this Lion only to see a lamb! ‘And between the throne and the four living creatures and among the elders I saw a Lamb standing, as though it had been slain, with seven horns and with seven eyes, which are the seven spirits of God sent out into all the earth.’ (5:6)

This ‘human Lamb’ which John sees is ‘standing in the centre of the throne’. This probably means he is positioned in the space no angel could ever occupy, standing on the God-side of all authority and standing with God in the centre of the circle of angelic worship. Jesus is no ‘godlet’, he is God, otherwise he wouldn’t occupy this divine space. Neither is he merely the God of Christians since he is the One by which everything was made and for whom it was made which is indicated in this vision by the universal worship he receives. The Lamb is the rightful sovereign over all people whether they realise it or not or care to acknowledge it or not. The fact that many are in rebellion against him doesn’t make him any less their ruler; in some ways their rebellion underscores the terrible nature of their lawlessness that they should spurn someone who is as kind and as glorious as this.

The key to John’s vision of the slaughtered Lamb…is to recognise the contrast between what he hears (5:5) and what he sees (5:6).  On the one hand, titles such as the ‘Lion of Judah’ would have had strong militaristic associations, whereas on the other hand, talk of a ‘slain Lamb’ speaks of innocence. The result is a reinterpretation of Messianic hopes that God’s victory is achieved but through a sacrificial death (cf. Jesus own teaching in Mk. 9:31). Thomas Schreiner writes, ‘It is abundantly clear that the lion triumphs as the lamb, that victory comes not through destroying one’s enemies but rather through suffering for their sake and for their salvation. Judgement will come, but there is a reprieve for those who believe and repent because the lamb has suffered for their sake.’

The declaration of the existence of the all-conquering Lion of Judah is displaced by a vision of a slaughtered Lamb.

O great giving God, my heart is drawn to you for your amazing grace and love to me in the influences of your Holy Spirit, special help in prayer, the sweetness of Christian service, for thoughts of arriving in heaven, for raising me to new life in Christ. Thank you for your protective providence. May this knowledge not make me complacent, but every watchful and thankful.
For Jesus’ sake. Amen.

In 2020, the Lawyers Task Force provided vital legal expertise in creating two new Convocations - The Anglican Mission in England and the Anglican Convocation in Europe.
'Almighty God, You call your people through your prophet Micah to do justice, to love mercy and to walk humbly with you. We ask you to fill the Gafcon Lawyers Network with the same resolve for justice, the same love of mercy and the same spirit of humility as they serve the leaders and churches of Gafcon, through Jesus Christ our Lord Amen.'