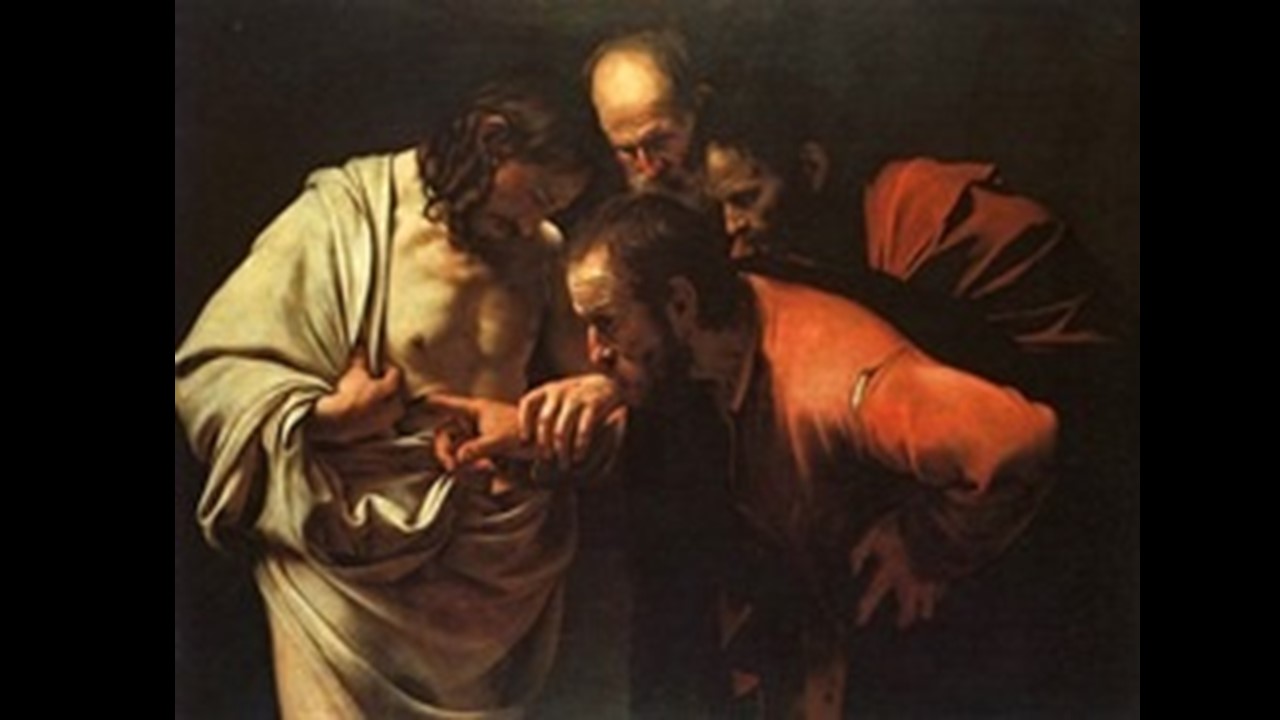 Today, the 3rd of July, we are commemorating St Thomas, the Apostle. Thomas gets a bad press: he is widely known as ‘doubting Thomas’ and in the Fourth Gospel he is portrayed as someone who makes awkward remarks and asks difficult questions. Thus, when Jesus decides to go to Mary and Martha, after Lazarus death, he says pessimistically to the other disciples, “let us also go that we may die with him” (John 11:16). During the Farewell Discourses, he interrupts Jesus to say that the disciples do not know where he is going so how can they know the way (14:5) and in the reading for today, he refuses point blank to accept the testimony of the other Apostles that they had seen the Risen Lord unless his stringent conditions of touching and thrusting are met (20:24-29).

His awkward questions and comments, however, provide the occasion for Jesus to reveal who he really is. So also in this reading. The Risen Lord meets with him and invites him ‘to touch and to thrust’ so that he may know it is Jesus himself and not an apparition or delusion. This brings about then the climactic Christological confession when Thomas says to him “My Lord and my God!”

The high Christology of the opening chapter of St John’s Gospel and of the Ego Eimi (or “I am”) sayings are brought here to an explicit acknowledgement of Jesus as divine (there may also be present an implicit denial that Caesar is either Lord or God). In the New Testament, he is mentioned only one more time when he is found with the other disciples, Mary and the women and the brethren of Jesus in the upper room awaiting the descent of the Holy Spirit (Acts 1:13).

There is a strong tradition that St Thomas evangelised people in India. This is derived from a 2nd century work from Edessa (Urfa in Modern Turkey) called the Acts of Thomas and from the firm belief of the ancient Christian communities of South India called the St Thomas Christians, now divided into different denominations.

For a long time, the Acts of Thomas were regarded as mere legend and it was not until Taxila and surrounding areas, in what is now Northern Pakistan, began to be excavated that coins were discovered in both Greek and Prakrit to the very King Gundaphorus mentioned by the Acts and the one Thomas is said to have converted! Along with this, other Christian artefacts from the 1-2nd century AD, such as the Taxila Cross now in Lahore Cathedral, were also found. Taxila and environs were then part of the Gandhara Indo-Greek civilisation and had links with the Seleucid Empire based in Syria.

It is known that Greek and Aramaic were spoken here and this may answer the question, “in which language did Thomas preach to the people?”. The South Indian tradition requires him to travel through the sub-continent from North to South- a distance of nearly 2000 miles! In the South, he would have needed an interpreter and it is possible that this was provided by Jewish communities settled in that area.

Whatever else might be said about Thomas’ travels, it is clear that he not only confessed Jesus Christ as Lord but spent the rest of his life preaching about him to an unbelieving and hostile world. His martyrdom at Mylapore, near Chennai sealed such a life of faithful witness.

Almighty and eternal God, who, for the firmer foundation of our faith, allowed your holy Apostle Thomas to doubt the Resurrection of your Son till word and sight convinced him: grant to us, who have not seen, that we also may believe and so confess Christ as our Lord and God; who is alive and reigns with you, in the unity of the Holy Spirit, one God, now and forever. Amen.