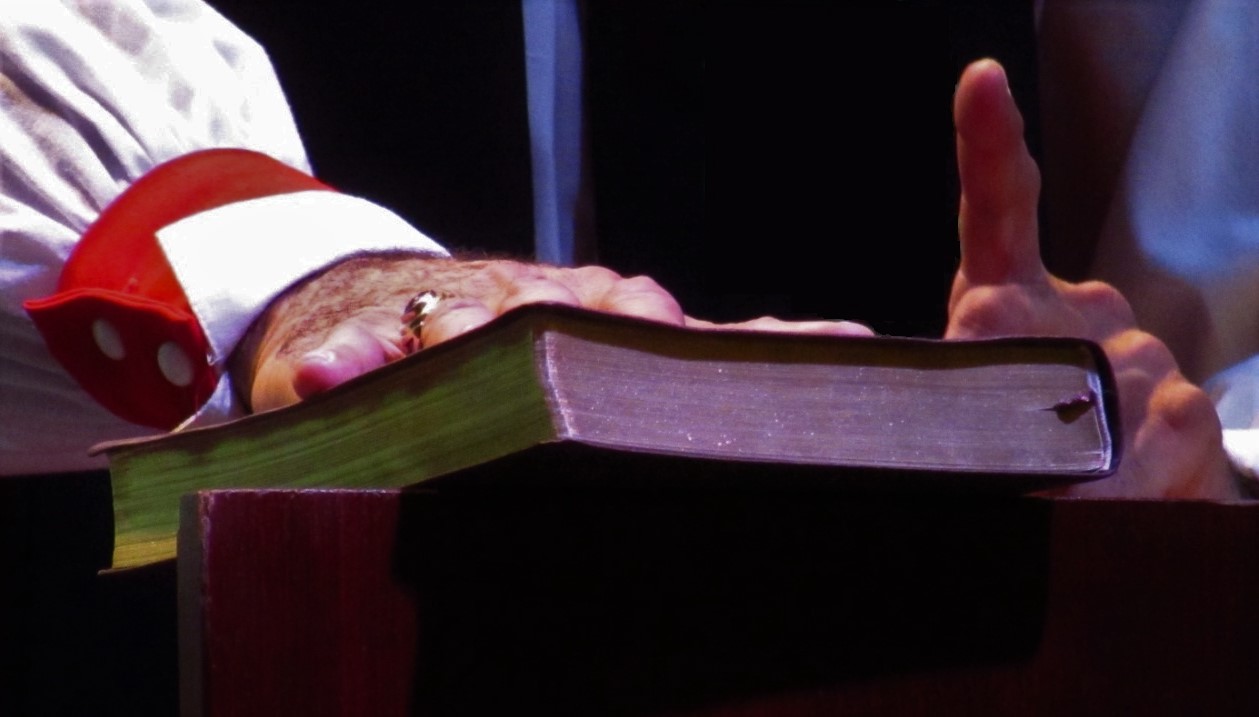 The reading is from 1 Timothy 3:1-7. This reading lists the well-known (if not always acted upon) qualifications for a bishop. The noun is in the singular whereas presbyters (5:17) and deacons (3:8) are in the plural. I do not believe that this is without significance, though in Philippians 1:1 the noun is in the plural and in Titus 1 the qualifications for presbyters are listed, followed immediately by those for a bishop.

If it is true, as is widely claimed, that the terms are interchangeable in the New Testament, then we can say that the office of bishop, in the sense in which it has been understood throughout Church History, emerges from the early bishops or overseers or presbyters of the local church. It is also the case that such a bishop is the successor of apostolic delegates like Timothy and Titus and of those wandering apostle-prophets which the very early Didache allows could settle down in a community and be regarded as its ‘high priests’ (13:1-3). Thus, by the time of the Letters of Ignatius (martyred c107), we have a settled three-fold order, not least in Ephesus itself, the scene of Timothy’s labours. This is the fundamental and providential ordering of the Church familiar to Anglicans. We should not be distracted by the multiplication of offices and honorifics. The bishop with the presbyters and deacons and the whole people of God constitutes the church in a particular place and the church in each place is connected to all the others by the sharing of a common faith and by the meeting together of bishops, clergy and lay people, from time to time and as circumstances require.

The requirements for Christian leaders, as set out in the Pastoral Letters, are that they should be examples to their flock and to the world in personal habits, in their family life and in their duties of teaching, preaching, leading in worship, pastoring and discipline. It is not that there is a double standard, one for the pastors and another for lay people. It is rather that the pastors and their lives and work should not be shown to be inconsistent with the teaching they are charged to provide for the whole people of God.

Osmund, Bishop of Salisbury, had come with William the Conqueror to England. After serving his monarch in different capacities, he was made Bishop of Salisbury in 1078. He set about organising the new diocese and providing it with its first cathedral at Sarum. In establishing its constitution, he made it a model for many other such foundations. He is also regarded as the origin of the Sarum tradition of worship, even if it may have developed and been formalised later. This usage was hugely influential in the formation of our Prayer Book tradition. Osmund was also a lover of books and is the source of the great output of books and other reading material for which Salisbury became famous. The rediscovery of these has significantly influenced church life in England and beyond.

For church leaders today, Osmund is an example of dedication to their calling and to the local church for which they have responsibility. He was a pioneer in building his new diocese and its cathedral and reminds us that church planting needs practical skills like organisation, the ordering of worship, the recruitment of ministers and much else, alongside evangelisation, the teaching of the faith and preaching.

Let us pray then for those in ministries of oversight that they will have Osmund’s energy and dedication. Let us pray that they will be given all the gifts they need to make new disciples, to teach their people, to lead them in worship and also of organisation and management so that God’s people may be built up in every aspect of their spiritual lives.

Prayer:
Almighty God, the light of the faithful and shepherd of souls, who set your servant Osmund to be a bishop in the Church, to feed your sheep by the word of Christ and to guide them by good example: give us grace to keep the faith of the Church and so to follow in the footsteps of Jesus Christ, the Chief Pastor and Bishop of our souls, that we may, with Osmund, come to that everlasting joy which is his promise to us. Amen.