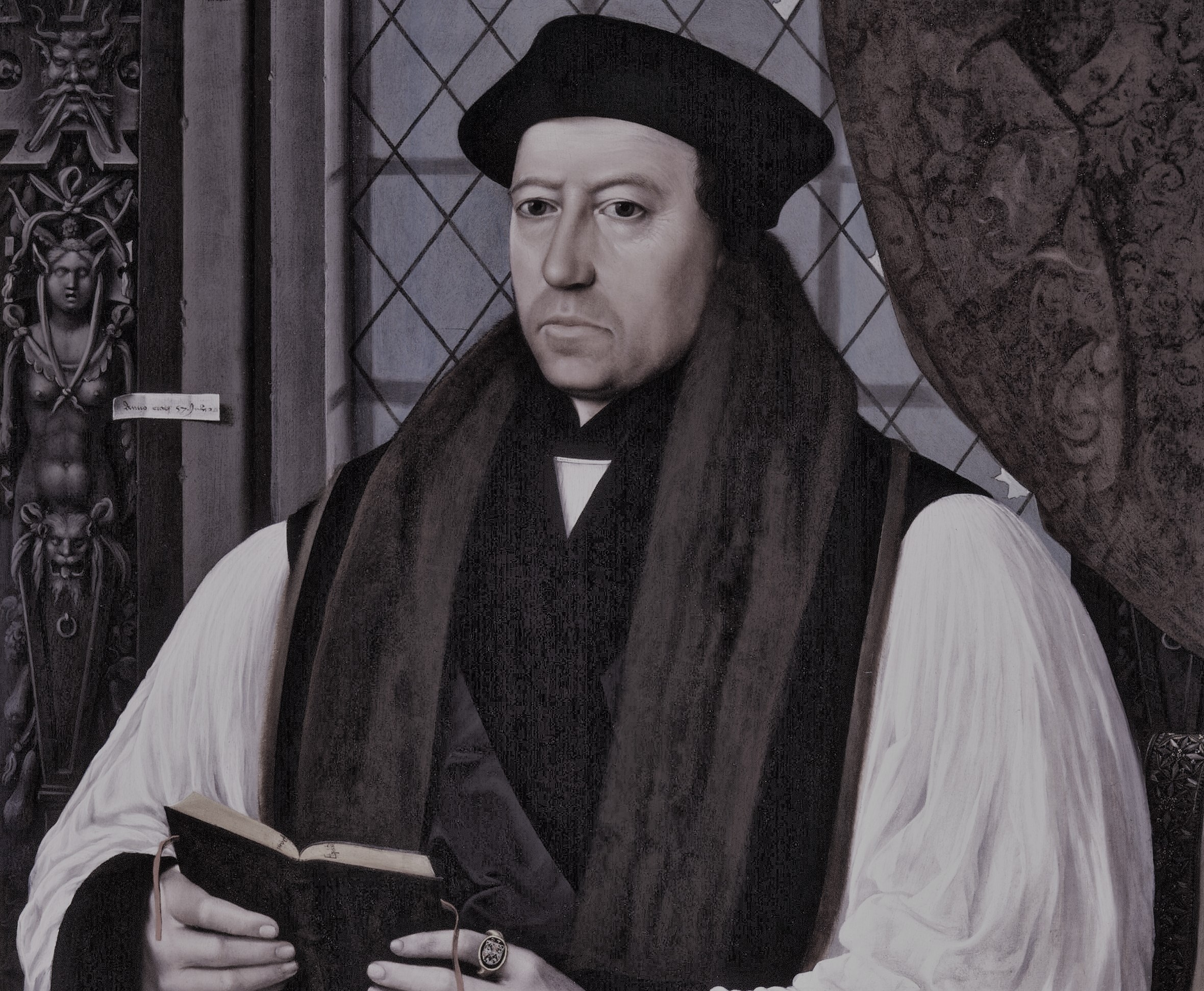 Today is the last Rogation Day and the last day of our Easter devotions. For Thursday is Ascension Day, and in Cranmer’s Book of Common Prayer it marked the beginning of the short season of Ascensiontide. With this change of church season, there will be a change in the devotional writer. Another will take you further in this Gafcon journey. However, since Rogation Days are both about our penitence and God’s goodness, as well as the relationship between the two, it seems fitting to end our time together by reflecting on Cranmer’s last day, where his final act of repentance has come to define him through the centuries.

In the eyes of his critics, the imprisoned Cranmer’s series of six increasingly more severe recantations of his Protestant views prove that at best he was weak and vacillating, at worst he was a shallow time-server whose only theology was current expediency. In the hearts of his admirers, however, Cranmer’s dramatic, last-minute renunciation of his recantations before the crowded congregation in St. Mary’s, Oxford, the University Church, proved his true commitment to the Protestant faith.

But what of Cranmer himself, how did he interpret his last days and the meaning they gave to his life? According to a contemporary account, having previously been distraught, Cranmer came to the stake with “a cheerful countenance and willing mind.”

Fire being now put to him, he stretched out his right Hand, and thrust it into the Flame, and held it there a good space, before the Fire came to any other Part of his Body; where his Hand was seen of every Man sensibly burning, crying with a loud Voice, This Hand hath offended. As soon as the Fire got up, he was very soon Dead, never stirring or crying all the while.

His Catholic executioners surely thought Cranmer was doing penance to his Protestant God. Yet his doctrine of salvation would have taught him otherwise, for the God he served saved the unworthy.

As God’s child, the burden of all the multitude of his sins was no cause for him to distrust or despair of help at his Father’s hand. For the incredible richness of God’s merciful love for him would never have shone brighter than on that cloudy day, precisely because he, the chief promoter of the new faith, had fallen so far as to become a declared enemy of the gospel. The goodness of God, not his own, led to Cranmer’s repentance. His hand in the fire would have been an act of loving service from a grateful heart turned back to God by the power and promise of his immeasurably loving grace. His firmness of purpose would have been sustained by the hope he expressed in the Burial Office that was never read for him: “the souls of them that be elected, after they are delivered from the burden of the flesh, be in joy and felicity.”

We are told that after it was all over, it was found that Cranmer’s heart did not burn. His Catholic opponents thought it a sign of the presence of poisonous heresy lurking within it. Perhaps we today can see better that leaving only his heart behind, Cranmer preached his final and best sermon. To put it simply, but still accurately, Cranmer would want everyone to leave behind a heart filled by God’s unconditional love for us, for divine gracious love working in us is the root of all that is best in us - true love for God, true love for each other, even true love for ourselves, as we are. May Cranmer’s heart be his theological legacy to the Anglican Communion today.

Mindful that it is the goodness of God that leads us to repentance as well as sustains us in all godliness, let us now ask God’s unconditional love to draw us more tightly to himself, by praying Cranmer’s collect.

Prayer:
1552 Readings and Collect appointed for the Fifth Sunday after Easter. Epistle: James 1:22-27. Gospel: John 16:23-33. Lord, from whom all good things do come; grant us, thy humble servants, that by thy holy inspiration we may think those things that be good, and by thy merciful guiding may perform the same; through our Lorde Jesus Christ. Amen.
Copyright:
John Ashley Null