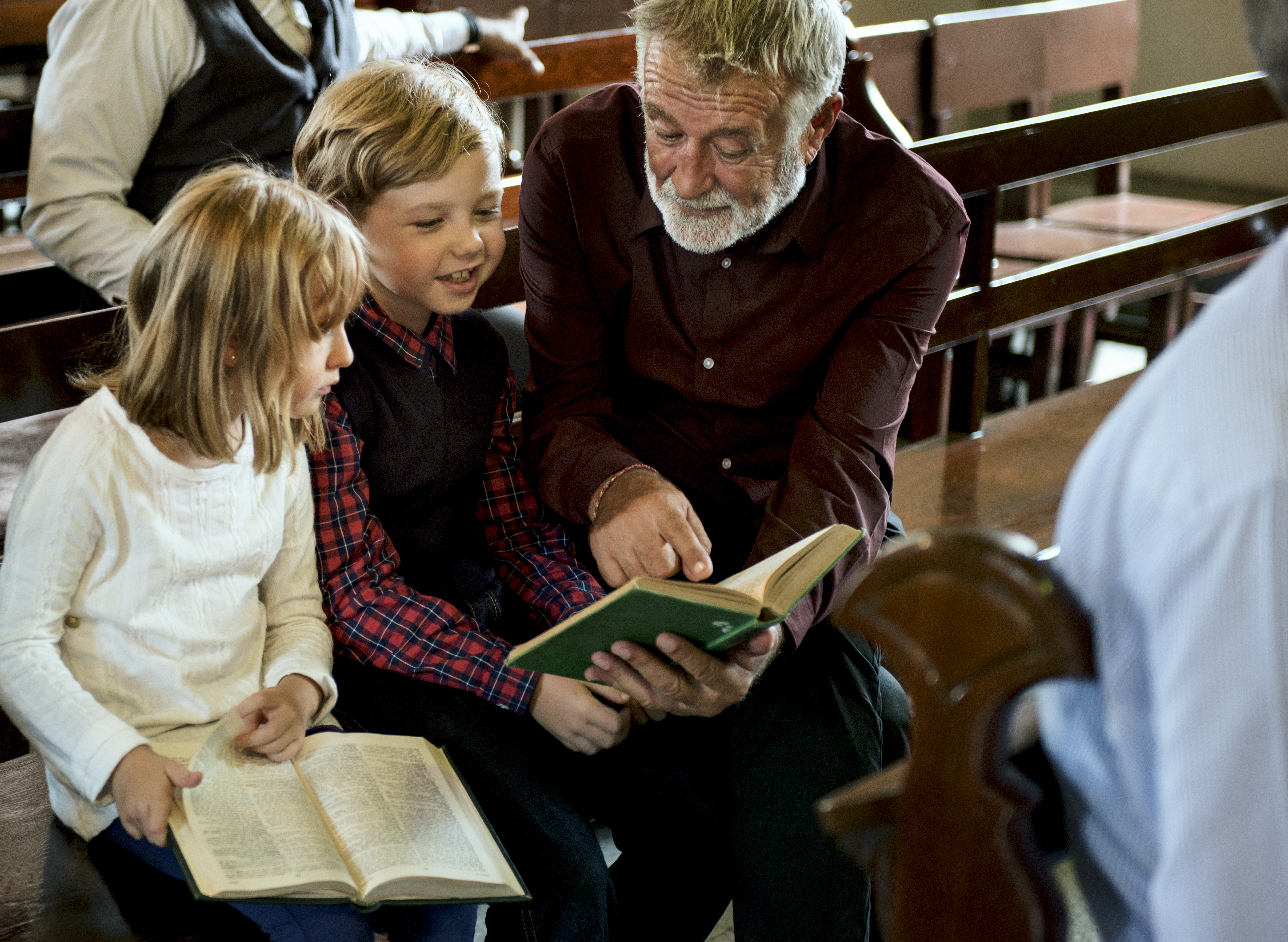 Psalm 78 is the second longest Psalm in the Psalter and opens with a prophetic call to listen as the speaker opens their mouth in a parable. The word translated parable here has the sense of a hidden truth; something that might not be immediately obvious and which will require thought and concentration. We are being encouraged to pay attention!

The parable is the story of God’s dealings with his people and starts in verse 9. But before that, the writer tells us why we should listen and why they are recounting this long story.

The point is that this story is not only for the adults, rather it is for the benefit of the children, the next generation. The command of the Lord (verse 5) is that the coming generation needs to know of the deeds of the Lord; the wonders he has done.
Verses 5-8 set up a great chain of gospel storytelling; the ancestors taught their children, the next generation, to pass this teaching on to the subsequent generation—all with the purpose that subsequent generations will set their hope on God; not forget his works; and, keep his commandments (verse 7).

The parable itself runs from verse 9 through to the end of the psalm. It is a recounting of the history of the nation of Israel from the events of the Exodus (verses 42-51) and wandering in the wilderness (verses 9-40). The history wanders back and forth in time but then fast forwards to the Assyrian invasion (verses 56-67) and its devastating consequences of exile for the nation of Israel. Finally, the psalm ends with a reminder of the promises God made to David (verses 67-72).
The recounting moves between telling of the sinfulness and rebellion of the people of Israel (for example, verse 17) and the Lord’s response. Sometimes this is cataclysmic judgement (for example, verse 31, verses 59-64), but the overall picture is one of patient persistence in the keeping of promises made by a kind and loving God (for example verse 38, verses 52-54).

In the interplay between Israel’s rebellion and God’s faithfulness, it is the faithfulness of God that prevails.

As we respond to Psalm 78 we can ponder our own responsibility to succeeding generations. The importance of instructing our children in the ways of the Lord is a familiar idea through the Scriptures. We will not hide from our children the stories of God and his people in all their glory and shame. They need to hear the warnings and the judgements. Above all they (and we) need to be assured of the compassion and forgiveness of God, his glorious deeds and might.

At the same time, we have a better story to tell as we speak at the end of the ages. We have seen the fulfilment of the promises concerning a King like David and we have heard from the one who also opened his mouth to speak in parables and proclaim what has been hidden from the foundation of the world (Matthew 13:35, quoting Psalm 78:2). Let us therefore resolve to pass the story of God from the beginning to the fulfilment in his Son, Jesus Christ, to the next generation so that they should set their hope in him, not forget his works, and keep his commandments.

The Lift Up Your Hearts devotional series for the month of March 2021 are provided by Canon Craig Roberts, CEO, and his colleagues from Anglican Youthworks in Australia. Today’s devotion was written by The Rev Dr Bill Salier, Principal, Youthworks College. You can find more of Youthworks excellent resources here.

Myanmar. Please continue to pray for the Anglican church in Myanmar: for wisdom and courage for its leaders; for God's mercy on the nation in the turmoil of military rule and widespread protests.