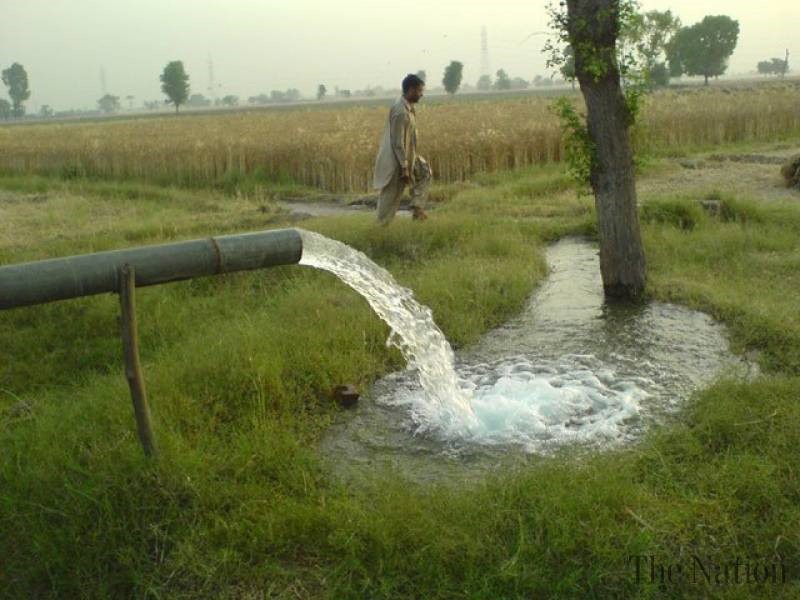 Last Friday we looked at the overall plight of Christians in Pakistan. Christians are oppressed, persecuted, arrested, and killed. In an ideological sense, Christians are dhimmi – second class citizens – in an Islamic society.

Recent incidents of persecution show how precarious normal life is for Pakistani Christians. One incident took place February 2 in Punjab’s Sahiwal district and left one man partially paralyzed. A second was at the end of February. Just 50 kilometers (30 mi) from Lahore, a young Christian man was beaten to death. In both cases, the Christian community is traumatized and victims, families, and fellow church members need our prayers and advocacy.

In Punjab’s Sahiwal district, two Christian men were shot and another was attacked with an ax for constructing a church in Punjab province, according to The Christian Post. The Christian news service cites a report from the Union of Catholic Asia News revealing that Azeem Gulzar, 25, is now paralyzed from the right shoulder down after he was shot in the head on February 2. Gulzar’s cousin was also shot and his uncle was attacked with an ax.

Gulzar, a tailor, donated a plot of land for a church as some 150 Christians in the Muslim majority village have no place to gather for worship. His Muslim neighbor, Muhammad Liaqat, wasn’t happy about it. Gulzar’s plot shared a wall with his property.

While going through various legal hoops to try to obtain community assent and issuance of a no-objection certificate, Gulzar began erecting a door and front wall on the property to secure it from “forced occupation.” At that point an armed mob of 15 men attacked them. Details are in the Union of Catholic Asia News story, but the attacking resulted in a partially paralyzed father of an 8 month old infant, no longer able to take care of his family. Please pray: for Gulzar’s healing; for provision for his family; and for justice for the Christian community.

On February 25, outside Lahore in the Kasur district of Punjab province, Saleem Masih, 22, was viciously beaten and tortured. He died from his injuries on February 28. Masih used a Muslim landowner’s tube-well to rinse off after unloading a load of chaff, according to Morning Star News, the only independent news service focusing exclusively on persecution of Christians.

Masih’s father, Ghafoor, told Morning Star News, “Property owner Sher Dogar and other men rushed over, yanked him out of the water and began beating him.” Morning Star continues, “They cursed and abused Saleem for ‘polluting’ the water, calling him a ‘filthy Christian,’ . . . then dragged him to their cattle farm, where they chained his hands and feet and continued to torture him with sticks and rods. They also rolled a thick iron rod over his entire body, causing multiple fractures in his left arm and ribs. Saleem couldn’t bear the pain and fell unconscious.”

The men delayed his family taking him to the hospital. There’s also evidence that these thugs bribed the police and insist that their actions in torturing the boy to death were “justified” because “he had committed a crime by dirtying their well water.”

Anglican Ink has provided follow-up information from Agenzia Fides concerning Masih’s death. Our own Anglican bishop, the Rt. Rev. Azad Marshall Raiwind of the Church of Pakistan, chaired an interfaith meeting in Lahore on Wednesday, March 4. The religious leaders, Christian and Muslim, have called on both the State and international community to guarantee justice for Saleem Masih and proper punishment of his murderers. Please pray that these efforts to obtain justice will be successful. We know that Masih’s Ultimate vindication will be in Eternity, and Dogar and the others will receive Ultimate justice for all Eternity, but we long to see justice on earth. Particularly because justice will discourage those who commit evil acts. And thank God for those Muslim leaders who reject the supremacists’ violence and hatred.

Read the Psalm appointed for the Morning & Evening Daily Office reading, Psalm 37 with the Christians in Pakistan and their persecutors in mind. The First Lesson for today, Exodus 23, is also applicable, considering that in both the attacks on Gulzar and Masih, the perpetrators have tried to give false reports, blaming their victims.

Print out the photo of the tube well at the top of this devotions and keep it in your Bible to remember to pray for the Christians in Pakistan, and to remember our young brother in Christ whose name (Masih) was even a testimony to his being a follower of Jesus. Extra credit for US readers: Apparently our USAID funds tube wells in Pakistan! Don’t know if Dogar was a beneficiary, but worth sending a message to USAID and ensuring they know about this killing of a Christian and the tube well connection.

A tube well in Pakistan: Worth the life of a Christian? (Photo credit: USAID)

Dear LORD, have mercy on the Christians in Pakistan. Help them to survive in such a hostile environment. Provide for their needs, protect their lives, and show us what we can do to help them. Remind us to pray for them. In Jesus’ Name. Amen.