Pleading the Cause: A Call to Advocacy for Our Own Persecuted Brothers and Sisters 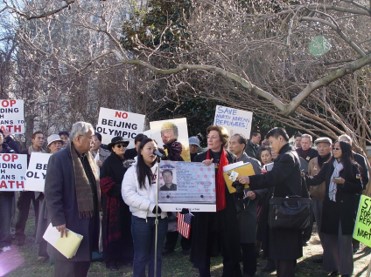 As Christians we are called, given a mandate actually, to be advocates.

There are many different advocacy avenues. Christians called to be advocates plead the cause of the poor, rescue victims of human trafficking, help refugees, speak out against anti-Semitism, and defend people of other faiths who are persecuted.

These are all important areas for advocacy. But I believe the one that needs the most attention (and participation) is being advocates for our Christian brothers and sisters who suffer for the sake of the Gospel.

Current estimates indicate that at least 327 million Christians around the world are persecuted, with some 245 million facing severe persecution (torture, rape, sex-slavery, forced conversion, murder, and genocide). And as one courageous and indomitable advocate for suffering Christians recently put it: “The tyranny of political correctness makes sure to obscure the fact that on average 8 people are killed each day for their Christian faith.” (Tristan Azbej, State Secretary for Aid of Persecuted Christians, Government of Hungary).

We know, of course, of the use of the term in the legal profession. And that use goes way back. A mid-14th century etymology defines advocate as “one whose profession is to plead cases in a court of justice.” It is a technical term from Roman law and from the Old French avocat or “barrister.”

But when you add the spiritual dimension, there is even more to say about being an advocate. And rather than being a professional title, “advocate” becomes a spiritual calling that entails focusing outside of one’s self for the sake of others.

The first place to go to explore the spiritual dimensions of advocacy is, of course, The Bible. Tomorrow we will begin to look at the advocates we find in the Hebrew scriptures.

One of the appointed readings for Morning Prayer today is Psalm 140. Why not choose a part of the world where you know our fellow Christians are being persecuted and pray this Psalm on their behalf. Be their advocate today.

For example, you could pray: Deliver the Christians in Pakistan, O Lord, from evildoers, and preserve them from the violent, who imagine evil in their hearts and stir up strife all the day long. They have sharpened their tongues like a serpent; adders’ poison is under their lips. . . . And depending upon how much you know about the situation, you can add some improvisation, such as speaking specifically about such “adders’ poison” issues as Pakistan’s blasphemy laws, and how mobs of people “stir up strife.”

Pray the Psalm as suggested above for a part of the Persecuted Church and share your prayer with a friend or family member that will pray with you and share with you their prayer for another part of our suffering body.

Father God, we thank You and praise You for Your love for us and for the whole world. Please be with our brothers and sisters that suffer for the sake of the Cross and deliver them by Your mighty power from evil doers. As it says in Psalm 140 “let not the ungodly have their desire.” Thank You for giving us the privilege of being advocates for our brothers and sisters. Give us Your anointing and Your wisdom as we plead their cause. In the wonderful Name above all Names, of Jesus, our Messiah. Amen.