No one can know the Father apart from the Son 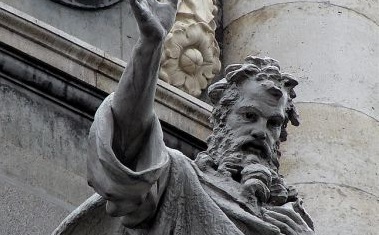 Irenaeus, born around 130 to a Christian family, was a disciple of Bishop Polycarp in Smyrna, who had himself been a disciple of the Apostle John. After a persecution decimated the church in Gaul, Irenaeus became the second bishop of Lyon and was noted for his role in guiding and expanding Christian communities in what is now the south of France. In his treatise Against Heresies, Irenaeus exposed the errors of Gnostic heresies and was instrumental in defining apostolic orthodoxy as Christianity's first systematic theologian.

The Father’s purpose in revealing the Son was to make himself known to us all and so to welcome into eternal rest those who believe in him, establishing them in justice, preserving them from death. To believe in him means to do his will.

Almighty God of wisdom and truth,
you have been made known to us
in your Son Jesus Christ, the revelation of your glory:
Grant that we may know him and understand his teachings,
that in him we may share the fulness of eternal life;
through the same Jesus Christ our Lord.
Amen.