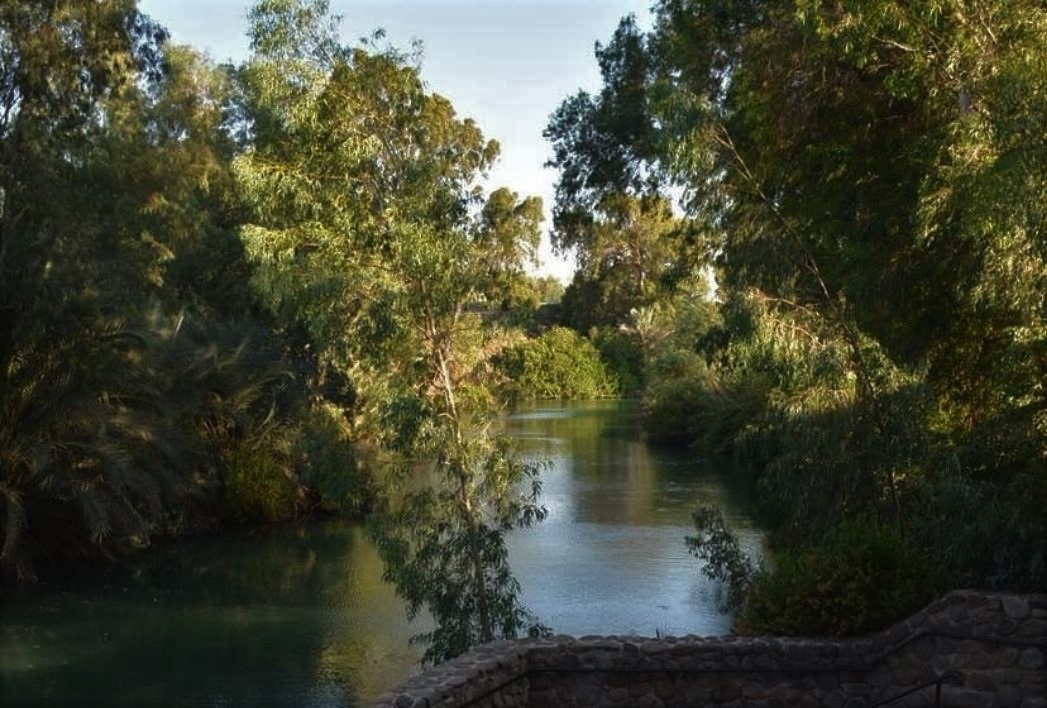 In this life we often don’t know why illness happens, but this we do know: that God is sovereign over all things and is working all things together for his purposes. Namaan, the commander of the Syrian army, the public enemy number 1 of Israel, was reached by God using disease to speak to him. He ultimately came to realise that there was but one God in the world - the LORD the GOD of Israel.

God controls all things and works them together for his purpose. This includes absolutely everything - matters political,  financial and personal. And pandemics.  God allows terrible evil to happen, but he may also use the evil to achieve his purposes. The greatest example of all is Jesus's death on the cross, which the devil intended to use to destroy the Son of God, but was actually the means whereby God would liberate his people.

Friends, there are two alternatives. Either God is regulating the affairs of mankind or events are just happening randomly. The Bible leaves no room for uncertainty on which of the two is true. AW Pink wrote just after the Great Depression, “The Bible affirms again and again that God is on the throne of the universe... that every day God is ruling and reigning. Without doubt a major crisis is at hand and everywhere men are alarmed. But God is not. He is never taken by surprise. It is no unexpected emergency which now confronts Him... Although the world is panic stricken the word to the believer is "fear not". All things are moving in accord with his eternal purpose.“

Naaman was a great man, BUT he had leprosy.

Where shall we find the gospel in this terrible disease? In a highly unlikely source: A little slave girl. She was snatched from her family (presumably God fearing otherwise how would she know what to say to Naaman?). It's a reasonable surmise that her family was killed - parents don't usually let their children be sold into slavery without force. Surely this could not be part of God’s sovereign plan? Someone so weak and defenceless? And from God’s own chosen nation also? And so insignificant that she does not even have a name!

Yes, friends, she was also part of Gods sovereign plan to turn evil for good. To this disease-ridden world he sends ordinary, obscure, suffering Christians armed with a wonderful message of hope.

God allows believers to experience evil and suffering. But at the same time, it is our responsibility to react to suffering in the way that God wants. Now that’s very hard as I know from my own experience with cancer. Humanly we can’t do that. Which is why we need Gods help.

What was her attitude to Namaan’s illness?

Not “schadenfreude” (“At last God is punishing these wicked Syrians for enslaving me”).

Not keeping her head down (“It's not my problem”).

Not worried about crossing religious and national borders (“Yahweh is for Israelites only; the Syrians have their own God”).

But wonderfully, love and compassion for her enemy ‘If only my master would see the prophet who is in Samaria! He would cure him of his leprosy.’

She had love for her enemy. She took some risks - what if the advice had gone wrong? The risk was huge. We know this from greatest bible teacher of all times - the Lord Jesus. Luke 4:27 tells us that this was the first cure of a leper in that time! What courage this girl had. If she could do that to recommend the prophet Elisha then cannot we recommend one far, far greater than Elisha - the Lord Jesus? This is the answer when people ask us for help.

Christians should expect to suffer. If we are not suffering, thank God, but the "norm" is suffering. We must love the suffering people around us and tell them, “if only you would seek Jesus of Nazareth! He will cure you of sin and evil!”.

Lord God, the unfailing helper and guide of those whom you bring up in your unmovable fear and love, keep us, we pray, under the protection of your good providence and give us a continual reverence and love for your holy name, through Jesus Christ our Lord.