Moses and the Significance of History 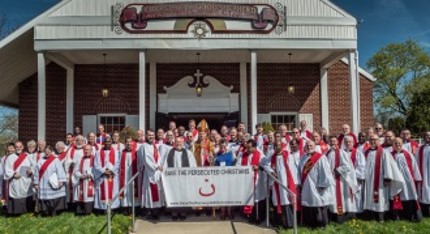 The Exodus 7 Daily Office reading last Friday showed Moses, the advocate for the Hebrews to Pharaoh. God prepared Moses for this role from before his birth! Moses was saved from the massacre of Hebrew babies by his sister Miriam. He was retrieved from the Nile by Pharaoh’s daughter. He grew up in Pharaoh’s house, understanding Egyptians and their culture. There is even reason to believe that Moses, as Pharaoh’s adopted son, may have been an Egyptian military leader. Leading Egypt’s troops was great preparation for leading the Hebrews.

God prepares those He calls for the task He has for them to do! And just as Abraham was God’s intimate friend, Moses is described in Exodus 33 as speaking to God “face to face” like a friend.

Intimate friendship with God came in handy when Moses also had to be an advocate for the Hebrew people before the Lord. The Lord was pretty fed up with their sin, and Moses utilized his own natural giftedness as an advocate.

When the people turned their back on the God of Abraham, Isaac, and Jacob to worship a golden calf, He was ready to wipe them off the face of the earth and start over again. He says to Moses, “Now leave me alone so that my anger may burn against them and that I may destroy them. Then I will make you into a great nation.”

But Moses reminded God of His past deliverance of this people and how He brought them out of Egypt with great power and a mighty hand. He boldly asks God, “Why should the Egyptians say, ‘It was with evil intent that he brought them out, to kill them in the mountains and to wipe them off the face of the earth’?” He urges the Lord to turn away from His “fierce anger,” to “relent of what He is planning,” and “not bring disaster” on His people.

Then Moses dives deeper into the Hebrew people’s history with God: “Remember your servants Abraham, Isaac and Israel, to whom you swore by your own self: ‘I will make your descendants as numerous as the stars in the sky and I will give your descendants all this land I promised them, and it will be their inheritance forever.”

After Moses’ advocacy, the Lord relented and did not bring on His people the disaster He had threatened. Not only was Moses bold, but his boldness was wise because he repeated God’s own words and covenantal history with the Israelites back to Him.

One example of a significant movement of God in history is the Free Soviet Jews campaign of the 1960’s and ‘70’s. Jews in the Soviet Union were another persecuted and oppressed people for whom advocacy in the form of the Free Soviet Jews movement opened the door. Churches, synagogues, schools, and other public buildings displayed signs calling attention to the plight of Jews in the Soviet gulag, leading to Congressional action.

And advocacy did not just open a door allowing Soviet Jews to leave, but ultimately helped lead to the fall of Communism in Eastern Europe. This was, indeed, a move of God. Remembering this and learning the lessons of history encourage us to believe in such moves of God in present time!

Save the Persecuted Christians, (STPC) a US-based coalition of which I am a founding member, remembered this movement of God. We modeled our February 2018 initial campaign to mobilize churches after Free Soviet Jews. We provide signs for churches and others to post to raise awareness about persecuted Christians. We believe that just as in the past, raising awareness will help to change our culture and our government to defend persecuted Christians and to hold the perpetrators accountable.

Dear Lord, we come to You as the Lord of history, the Lord of Salvation. Just as You delivered the Hebrew people from slavery in Egypt by Your great power and mighty hand, we ask you to deliver Your persecuted children around the world today. In Jesus’ name,  Amen.