Job: The Innocence of the Persecuted 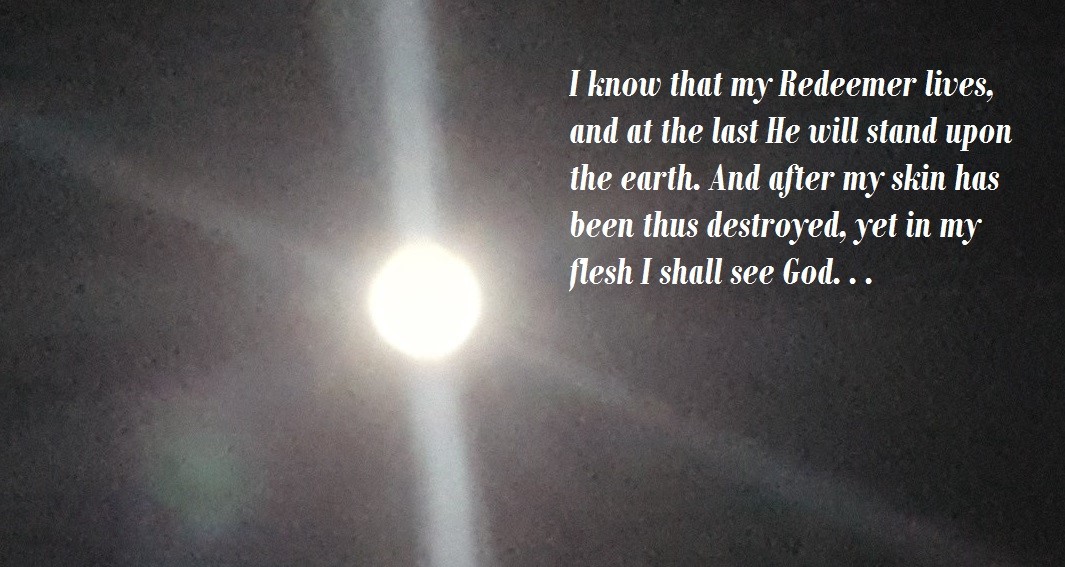 There is one example of advocacy from the Hebrew Scriptures that is quite different from all others. It’s the only one that actually uses a word that can be translated as “advocate.” It is also one in which God Himself IS the advocate. In that sense, it is a forerunner and foreshadower of the New Testament depictions of Jesus and the Holy Spirit as our advocates.

The unique example to which I refer is found in Job. God Himself appears as advocate for Job. He provides vindication for Job in response to the accusations made against him by his three friends. These buddies are commonly and ironically known as “Job’s comforters.” They only increased Job’s misery when Satan unleashed all kinds of calamities against him.

In Job 16: 19, Job says, “Even now, behold, my witness is in heaven, and my advocate is on high.” God Himself is eye witness to Job’s innocence and the purity of his prayers. And knowing this, in response, God is Job’s advocate and testifies to his innocence.

The Book of Job opens with God testifying to Job’s integrity and faith to Satan. In Job 1: 8 God says,

“Have you considered My servant, Job, that there is none like him on the earth, a blameless and upright man, who fears God and turns away from evil?”

The book ends with God as Job’s advocate to the friends that had been criticizing him.

“My anger burns against you and against your two friends, for you have not spoken of me what is right, as my servant Job has,”

God tells Eliphaz in Job 42. He says to go to Job with a burnt offering and Job would pray for them. That prayer God would accept and not “deal with [them] according to [their] folly.” Whew!

So we learn that:

There are some, even within the Church, who imply that Christians bring trouble on themselves. If they are persecuted it is because they have done something to deserve it.

At a National Council of Churches meeting in the late 90’s I heard an American missionary to the Islamic world say the only Christians having “problems” in her particular country were those that had “abandoned the religion into which they had been born.” This was her way of explaining persecution of Christian converts from Islam! Ironically, she was the one “abandoning” persecuted brothers and sisters instead of standing up for them. More recently, proponents of the Insider Movement sometimes criticize converts for openly, boldly proclaiming Jesus as the Son of God, who died on the cross and rose from the dead.

Another example of failure to testify to the innocence of the persecuted took place at the Sixth Assembly of the World Council of Churches in 1983. The WCC refused to make any public statement on behalf of the millions of persecuted Christians living under the Soviet empire, in deference to the Soviet bloc delegates. Appeals by imprisoned believers were spiked on the grounds that they did not come from member churches of the WCC.

One exception to this gag rule was then Archbishop of Canterbury, former Scots Guard and heroic tank commander, Lord Robert Runcie. Runcie had received a plea for help from Vladimir Rusak, a deacon of the Russian Orthodox Church. Fr. Rusak had been fired from his job in the editorial offices of the Moscow Patriarchate Journal for writing a history of the post-Revolution Russian Church exposing the church’s compromises and collaborations with the Soviets. I actually have a copy of that three-volume history – a cherished gift from Deacon Rusak.

In his letter Rusak called the Assembly not to be misled by the official delegation of the Orthodox Church and not to confuse this delegation with the real Russian Orthodox believers. When Runcie read the letter to the WCC, Rusak had been fired from his position and made a street sweeper. The Russian Orthodox WCC delegates accused Rusak of insanity and said that he had been kicked in the head by a horse when he was a child. And since the rest of the WCC was focused on their agenda of “nuclear threat and neo-colonialism,” nothing was done to help Rusak. Two years later he was sentenced to 12 years labor camp and exile.

I shouldn’t have to say it, but advocates should stand against the lies and false accusations that are used to justify the persecution of the followers of Christ. Sadly, these kinds of lies and accusations are still occurring today. We see it when Christians in some countries are accused of “retaliation” when they have the temerity to defend themselves, or of “clashing,” even when they do nothing to resist their attackers. Think of other ways in which lies are told about persecuted Christians and those who are victims are further victimized, and pray that God will use you to be their witness, to testify to their innocence.

v. 20-21 Oh, guard my soul and deliver me! Let me not be put to shame, for I take refuge in You. May integrity and uprightness preserve me, for I wait for You. And in the Compline psalm, Psalm 4: 2-3 David says: O men, how long will my honor be turned into shame? How long will you love vain words and seek after lies? But know that the Lord will set apart the godly for Himself; the Lord hears when I call to Him.

Pray these verses, asking God to not let the enemies of our persecuted brothers and sisters “exalt” over them. Thank the Lord for their integrity and uprightness, and ask Him to give them the grace to continue to be so. Ask God to set apart the godly, persecuted Christians for Himself. Thank Him for hearing them and exposing those who seek after lies and turn the honor of being persecuted for Christ into “shame.”

Heavenly Father, we confess that we have sometimes remained silent when we could have defended Christian brothers and sisters. Give us passion to understand what persecuted Christians are enduring, and the courage to counter lies with the truth. Thank You, LORD, that You are our Advocate and our Redeemer, and that together, at the last day, we and they will see You, just as Job declared.