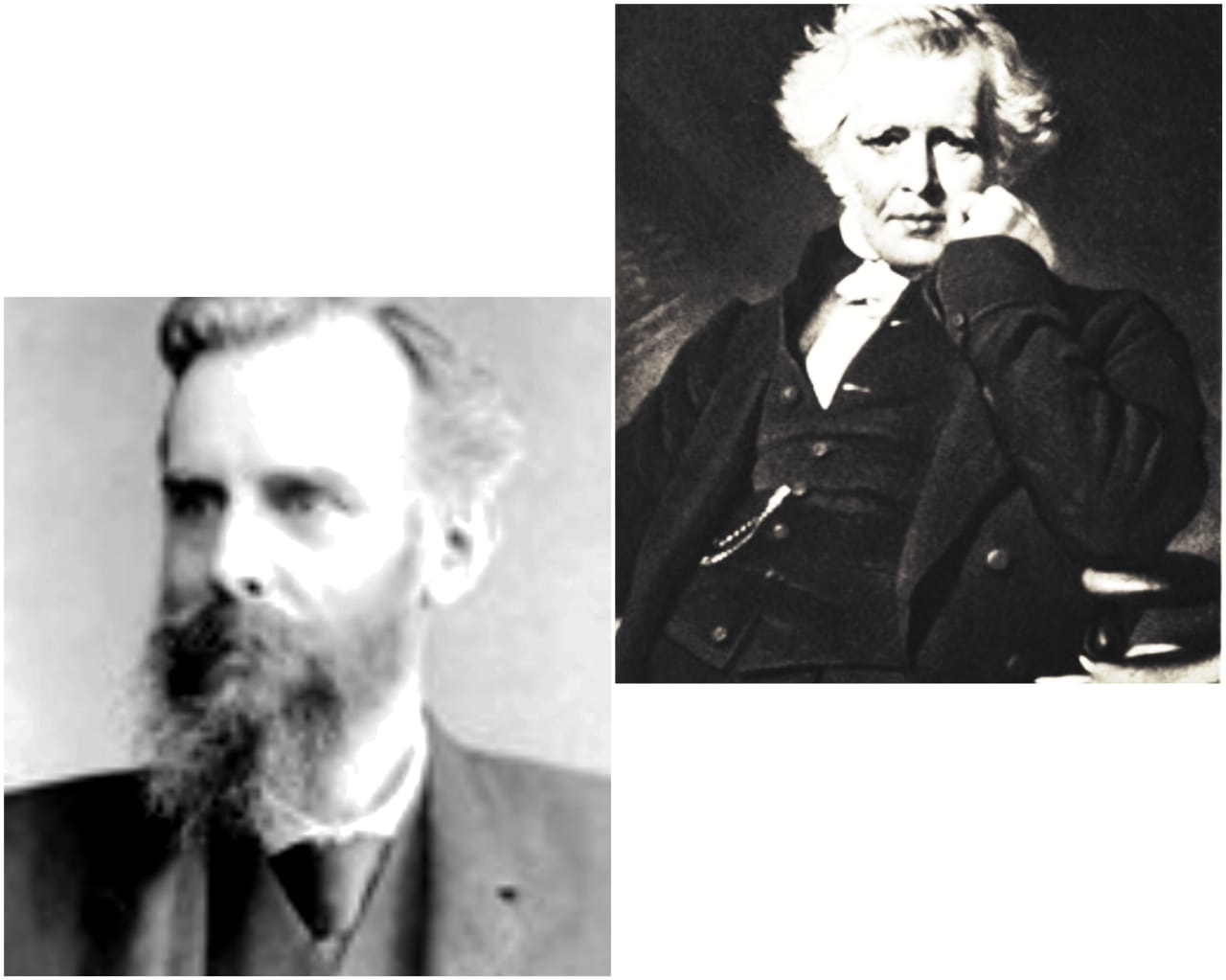 Today the 1st of July, we commemorate Henry, John and Henry Venn, pastors and Missionary Statesmen. The reading for today is from Saint Mathew´s gospel, Chapter 8, verses 5-13. The story of the centurion’s beloved servant is found, in different forms, in both St Matthew’s and St Luke’s Gospel. Matthew is a profoundly Jewish oriented Gospel with the descent of Jesus the Messiah traced from Abraham and through David to Joseph and Mary. He is also concerned to show that Jesus, his words and his works are the fulfilment of prophecy in the Hebrew Bible.

And yet there is the universal significance of the Jewish Messiah from the beginning with the arrival of the Magi from the East (the term is used in Farsi still to denote Zoroastrian priests). Jesus’ initial ministry is shown as taking place throughout all Syria in gentile, as well as Jewish contexts(4:23-25).His encounter with the faith of the Canaanite woman also shows that he found a response to his work in the most unlikely places, the Canaanites being the traditional enemies of the Jews.

So also, in this story about the Roman centurion, on secondment to Herod Antipas, the tetrarch of Galilee and John the Baptist’s murderer, we find the unexpected response of trust in Jesus (Mt. 8:5-13). It is true that in Luke’s account we are told that he was already one of those ‘God fearers’ gathered around the synagogues who had not plucked up courage to convert formally to Judaism but had been profoundly influenced by Jewish witness to gentiles (Luke 7:1-10).

The regular reading of the Torah, the Psalms and the Prophets would have prepared him for this response of faith to Jesus but he was still a Roman soldier in the service of a ruthless and unprincipled tyrant. It was courageous, therefore, for him to come to Jesus at all and even more so to declare his faith in such bold terms! Thus, he becomes the pattern of the gentile response to Jesus, whereas many of those who had been so well prepared to recognise the Messiah were unable to do so (John 1:11).

Matthew ends, of course, with the Great Commission which brings to a climax this concern with universality of the Gospel and its promise and demand for all the nations (Mt. 28:19-20).

The family we are commemorating today in the Church of England’s Calendar are the Venns: Grandfather Henry Venn was no ordinary parish parson. Through his ministry the whole town of Huddersfield was galvanised for the Gospel. His preaching was highly valued by people like the poet and hymn writer William Cowper and the great Evangelical Vicar of Holy Trinity, Cambridge, Charles Simeon. He wrote a popular manual of Christian discipline called The Complete Duty of Man and worked assiduously for the unity of Christians.

His son John Venn was Rector of Clapham and a prominent member of the Clapham Sect. He was involved in the group’s social activism concerning the abolition of the slave trade, the improving of working conditions for men, women and children in Britain itself, the provision of education for the poor and in campaigns to reform a culture of drunkenness and immorality. His greatest work, however, was in the founding of the Church Missionary Society, the first in the Anglican world to be consciously committed to mission to the unevangelised.

John’s son, also called Henry, became Secretary of CMS in 1841 and remained there until the year of his death in 1873. This was at a time of great growth in the work of the society and much of what we know as the Anglican Communion now was beginning to emerge then.

Alongside the Congregationalist, Rufus Anderson, and fellow Anglican, of a ‘higher’ persuasion, Roland Allen, Venn developed the ‘three self’ principle. That is to say, emerging churches should be enabled to become self-governing, self- supporting and self-propagating. He believed that Mt. 28:19, the BCP and the Articles of Religion provided a warrant for the emergence of local churches and for their adaptation of worship, government and organisation according to the best in the cultures where they found themselves. Expatriate missionaries should work themselves out of their job in a particular place and go on to fresh fields to continue their missionary task.

Venn’s ideas were well ahead of their times and it was many years before they came to fruition, but he was one of the great missionary statesmen of his day, setting a high standard for CMS General Secretaries (of which I have been one) to emulate.   It is indeed ironic that the three self idea has been appropriated by the Communist Party in China to produce officially approved churches which are anything but ‘self-governing’ and whose evangelistic activities are severely restricted.

We thank God for this apostolic family to whom we owe so much. It is appropriate, therefore, that we should pray together this prayer for the feast of SS Peter and Paul which we have observed so recently:

Almighty God, who on the day of Pentecost sent your Holy Spirit to the Apostles with wind from heaven and in tongues of flame, filling them with joy and boldness to preach the Gospel: by the power of the same Spirit strengthen us to witness to your truth and to draw everyone to the fire of your love; through Jesus Christ our Lord. Amen.