Eve of Saint Benedict of Nursia 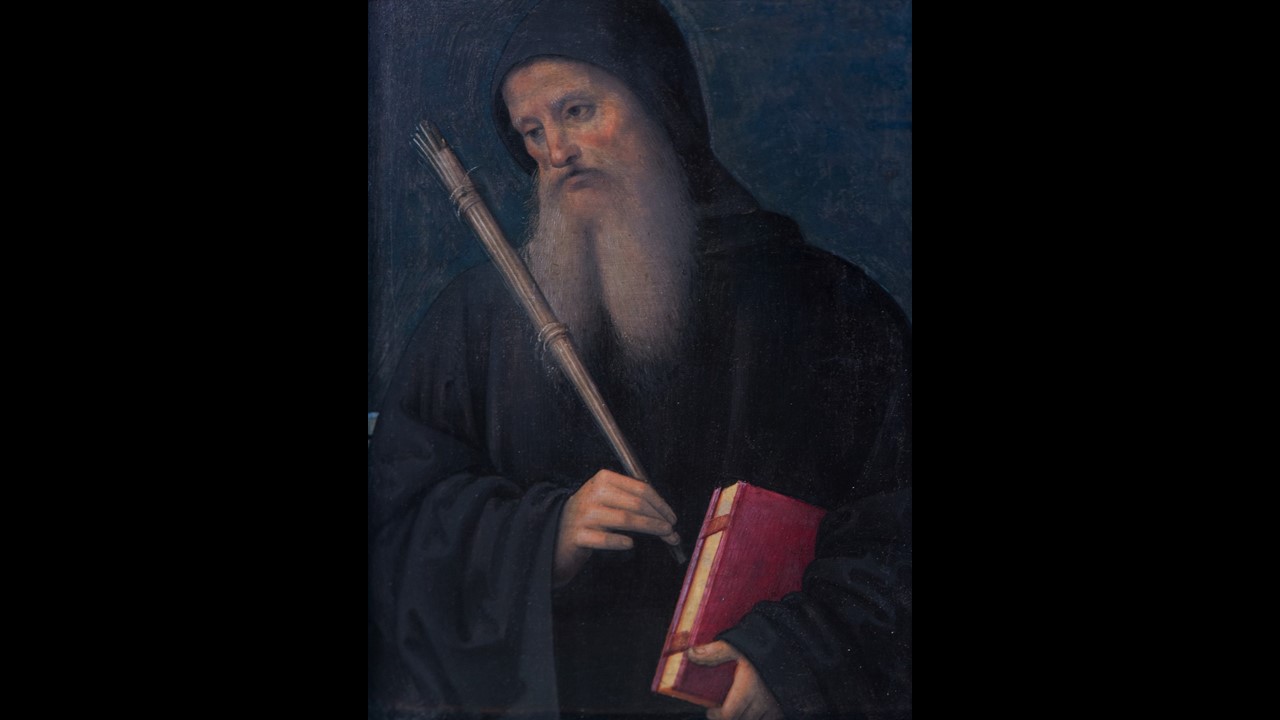 Eve of the commemoration of Saint Benedict of Nursia and the reading is from Saint Paul’s letter to the Galatians, chapter 6:1-10. Much of Saint Paul’s teaching in chapters 5 and 6 of the Letter to the Galatians springs from half a verse: in Gal. 5:6 he talks about “faith working through love”. At the Reformation, there was fierce controversy about this half-verse. William Tyndale accused his old enemy, the Bishop of Rochester, John Fisher, of trying to make these few words mean that faith is brought about by love. No, says Tyndale, they mean rather that faith works through love or is strong and mighty in working through love. This is, indeed, the translation adopted by modern translations of the Bible. Pope Benedict, in his book Paul of Tarsus, not only agrees with Luther that the Letter to the Romans teaches that we are justified by faith alone but goes on then to explain the relationship between faith and love precisely in the terms used by Tyndale!

In the second half of chapter 5, the Apostle contrasts the works of the flesh with the fruit of the Spirit which is shown in love, joy, peace, patience, kindness, goodness, faithfulness, gentleness and self- control. In chapter 6, he goes on to explain how this works out in the life of the Church and of the believer: we are not to live selfishly but to have a care for others to the point of being willing to share their burdens. We are to be alert for opportunities to contribute to the welfare of Gods people, but we should also be prepared to work for the Common Good and for the welfare of all. In Romans 12, he tells us that this extends even to our enemies and those who wish us harm.

While we are to bear the burdens of others, we should remember that each one alone will have to give an account before God of how they have discharged their personal and social responsibility. In the original, two different words are used to indicate how we can bear each other’s loads and yet be responsible only for ourselves when we have to give an account of our stewardship.

The implications then of life in the Spirit in this chapter are an emphasis on personal responsibility, on concern for the other and the Common Good and preparedness to give a good account of ourselves at the divine tribunal.

It was for reasons such as these that the young man, Benedict of Nursia (480-550), withdrew from the permissiveness and self-indulgence of Rome early in the sixth century and established communities of like-minded men (followed by those for women in partnership with his sister, Scholastica). He provided them with a rule for living together and this became the foundation for the emerging Benedictine Order. The rule emphasises the values of faithfulness, endurance and obedience. Both the rule and the order contributed much to the rebuilding of Western civilisation after the depredations of the barbarian invasions and the fall of the Western Roman Empire.

Although monasticism originated in the East, in the deserts of Egypt, Syria and Mesopotamia, Benedict adapted it to the needs of Western society and the Western Church. He can, therefore, be justly called the Father of Western monasticism.

Since the publication of Alasdair MacIntyre’s, After Virtue, some have been arguing for the ‘Benedict option’ in our own times. This means not continuing to shore up a western world that has abandoned its grounding in the Judaeo- Christian worldview and ethics of the Bible but to create communities that embody, nurture and propagate such a worldview and its accompanying values. By the display of the fruit of the Spirit, their care of the ill, the housebound and the poor, their promotion of a spiritual view of the arts and music, they can draw together those who are weary of the consumerist barbarism of our own times and provide them with a vision for human excellence derived from Jesus of Nazareth and the Apostle Paul. This could become then nothing less than a fresh evangelisation of the West.

It need not be either or of course. We could still continue to argue in the public square, on the basis of God’s providential provision even for a fallen creation, for whatever makes for human flourishing. At the same time, we could be building communities of hope which will stand out as lights in the surrounding darkness. If this happens, the Benedictine vision will have saved the West again!

Eternal God, who made Benedict a wise master in the school of your service and a guide to many called into community to follow the rule of Christ: grant that we too may put your love before all else and seek with joy the way of your commandments: through Jesus Christ our Lord and Master. Amen.