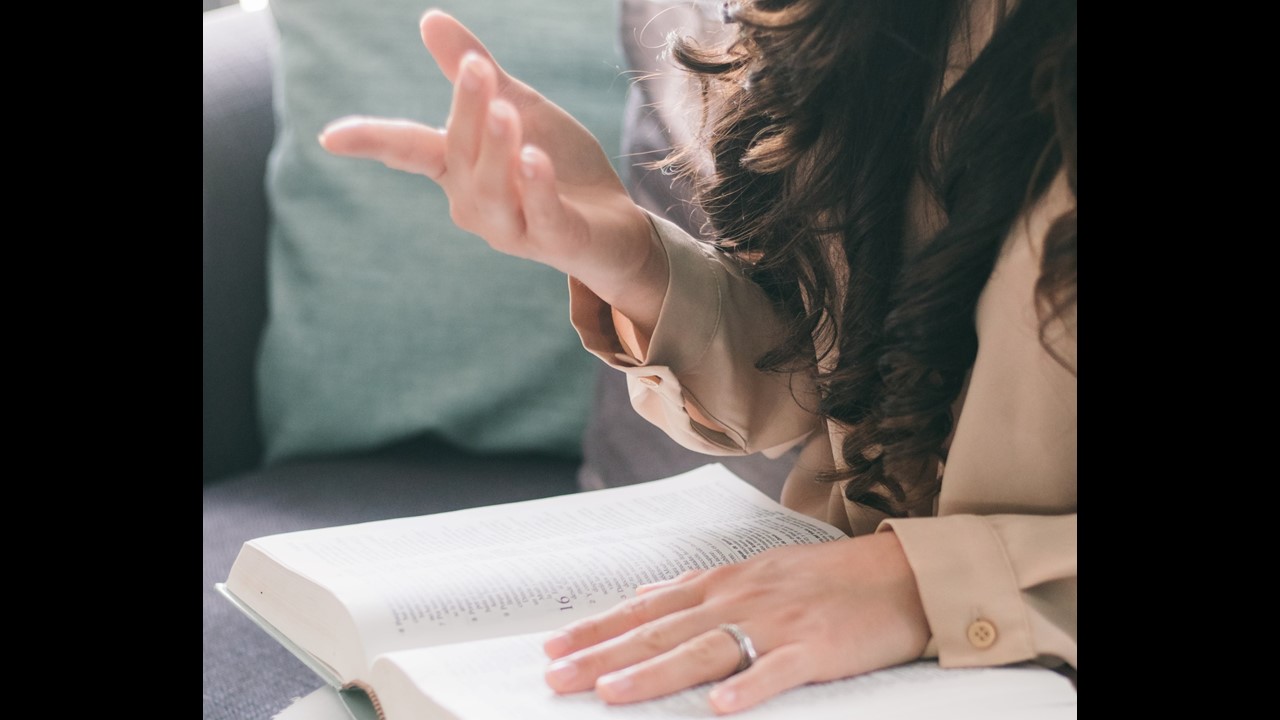 The reading is from Saint Paul´s letter to the Romans 16:1-2. There is a debate as to whom chapter 16 of Romans is addressed. If Saint Paul meant it to circulate among the churches known to him, as he did with some of his other letters, it may be that he appended particular greetings to each of them and chapter 16 is one example, possibly addressed to the church in Ephesus. The arguments, however, for its traditional destination that is Rome remain strong. This debate does not affect the reference to Phoebe, a deacon of the Church, who is the bearer of the letter. She is referred to here in affectionate and respectful terms. Not only does she hold office in the Corinthian church, from where the letter is written, but she has been a patroness and protectress of many, including Paul himself.

This reference to her as a ‘deacon’, the term is masculine but could also be used for women, raises, of course, the question of the ministry of women in the early Church. We find a number of women ‘ministering’ to Jesus out of their means (Lk 8:2-3). Before  Pentecost,  the apostles are gathered together with Mary, the mother of the Lord,  and the women, as well as the brethren of Jesus. Saint Paul has notable women among his fellow workers and Phoebe is mentioned here in particularly honourable terms. It seems that the women mentioned in 1Timothy 3 are also holders of an office, as are the widows of chapter 5.

In at least some places, like Syria, women were ordained, with the laying on of hands, in a distinctive way from men, to the order of women deacons or deaconesses. Their work had to do with preparing women for baptism, organising them for corporate worship, visiting the sick, being present if a woman had to see a priest etc. It seems that the order survived in the East until about the eleventh century. There has been a welcome in Orthodoxy for a revival of this order in our own day. A Roman Catholic commission on the question has also recommended that some kind of diaconal ministry should be revived for women, provided it is distinct from that of the deacon in the three-fold  ministry.

Where Anglicans are concerned, an order for deaconesses was established in 1861 when the Bishop of London dedicated Elizabeth Ferard for her work among the poor in the King’s Cross area. He had previously encouraged her to visit the new deaconess communities in Germany. Ferard was joined by others in a ministry of care and teaching. The St Andrew’s Community was created to enable deaconesses to live together in a community and this became a characteristic form of their common life. Isabella Gilmore, though, in the Diocese of Rochester, used the model of the parish based deaconess to good effect.

We owe a debt of gratitude to Elizabeth Ferard and her colleagues for, once again, raising the question about the ministry of women in the Church. Although the diaconal ministry for women is clearly mentioned in Scripture, many other forms are also mentioned: as has already been noted, they are fellow workers with the apostles. Like Prisca, they can be teachers of the faith (Acts 18:26) or hosts of house churches. They can be, along with Mary Magdalene, witnesses to the Resurrection of the Lord (Matt 28:1-10, Mk 16:1-7, Lk 24:1-12, John 20:11-18). Throughout history they have been martyrs, teachers, missionaries, religious, counsellors, spiritual directors and much else.

In the Church today, we need urgently to ask to what ministries is God calling men and women? We then need to provide such ministries, according to the genius of each, and in continuity with the teaching of Scripture and the universal tradition of the Church. What is common between men and women and also what is different has to be respected so that women are not simply being coopted into male patterns of ministry but are allowed, nay, encouraged, to express their service in ways appropriate for them and which are equally valued by the Church. There will be differences in culture and context as to which ministries are particularly needed in a church but mutual dialogue among the churches will lead to discernment as to what is appropriate for each, without impairing fellowship among them.

A personal memory for me is that of Deaconess Sohni Lall. When I first arrived as a young provost of Lahore Cathedral, we were accommodated in St Hilda’s, which used to be the Deaconess House for the diocese. Deaconess Lall was the sole surviving member of her order but what tales she had to tell of the pioneering work of the order in teaching, caring for the elderly, counselling the young, helping to organise the cathedral’s worship and many other activities! I felt a great sadness that the order would die with her. So much still needed doing and apostolic women like her were greatly needed. What would we do when they came forward?

Almighty God, by whose grace Elizabeth Ferard, kindled with the fire of your love, became a burning and shining light in your Church: inflame us with the same spirit of discipline and love, that we may ever walk before you as children of light; through Jesus Christ our Lord who came not to be served but to serve and to give his life as a ransom for many. Amen.