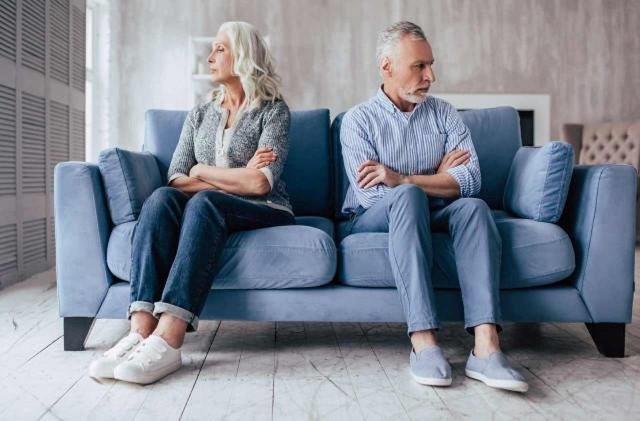 “What God has joined together let no one put asunder.” Jesus’ word seals the vows. No longer are they conditional. The two are now one flesh. The imperative – “let no one put asunder” – looks to the future. No outsider should intrude in this marriage. Likewise, neither husband nor wife should break the marital bond through infidelity or desertion.

Yet some marriage vows are put asunder. Let’s put it this way: Holy Matrimony is unbreakable, but some marriages are broken. Divorce rates in Western countries have doubled in the past fifty years, not even figuring in the increase in cohabitation. Many reasons can be given, such as the rise of the sexual liberation movement and the proliferation of no-fault divorce laws. Christian churches must own their responsibility for taking a far too casual attitude to marriage, even among church leaders.

That said, there are many cases of couples who married with every intention to keep their vows and failed to do so. There are hugely different measures of responsibility for divorce, ranging from the biblical grounds of adultery (Matt 19:9) and abandonment (1 Cor 7:15) to fifty shades of “irreconcilable differences.” Pastors should urge couples to avoid rushing to law and to seek counselling. Many marital breaches are healed by prayer and involvement of family, friends, and the church; some couples are reconciled even after a legal divorce has been granted.

When a separated partner remarries a third party, then one must assume that the original marriage is irreparably terminated. What are the options for the divorced man or woman in this case? Paul’s pastoral letter to Timothy concerning widows may give some guidance here (1 Tim 5:3-16). He begins by urging members of the extended household to care for older widows, or if there is no such household, the church should take that role. As for younger widows, “let them marry, bear children, and manage their households.”

The 1662 Book of Common Prayer makes no provision for remarriage after divorce and in principle regards those who have broken their vows, or even worse another’s vows, to be out of fellowship and in need of reconciliation. Historically, Anglicans have accommodated remarriage by recognizing a civil marriage and in time restoring a couple to full communion. Some Anglican churches today provide for a second remarriage using the Prayer Book service, often with more muted ceremonial.

The challenge for today’s Church, particularly in the moral and marital chaos of modern society, is to hold in balance the divine reality and human brokenness. The same high vision of lifelong fidelity applies to couples entering into a second marriage, but it will be accompanied by a sense of sorrow and penitence that a former marriage had fallen short of Jesus’ word.

Lord Jesus Christ, Word of God and author of our redemption; upon the precious and life-giving Cross, you did set us free from the power of sin and death: Have mercy, pardon, cleanse, and forgive our trespasses, O Lord. Take our infirmities upon your shoulders, for there is none that is sinless or without defilement, save only you, who did bear our flesh, and bestow upon us your purity. For you are God, the God of those who repent, and to you we ascribe glory, Father and Son and Holy Spirit, now and forever. Amen.
From a Proposed “Office of Penitence and Reconciliation for Use in Marriage Preparation” (Anglican Church in North America)