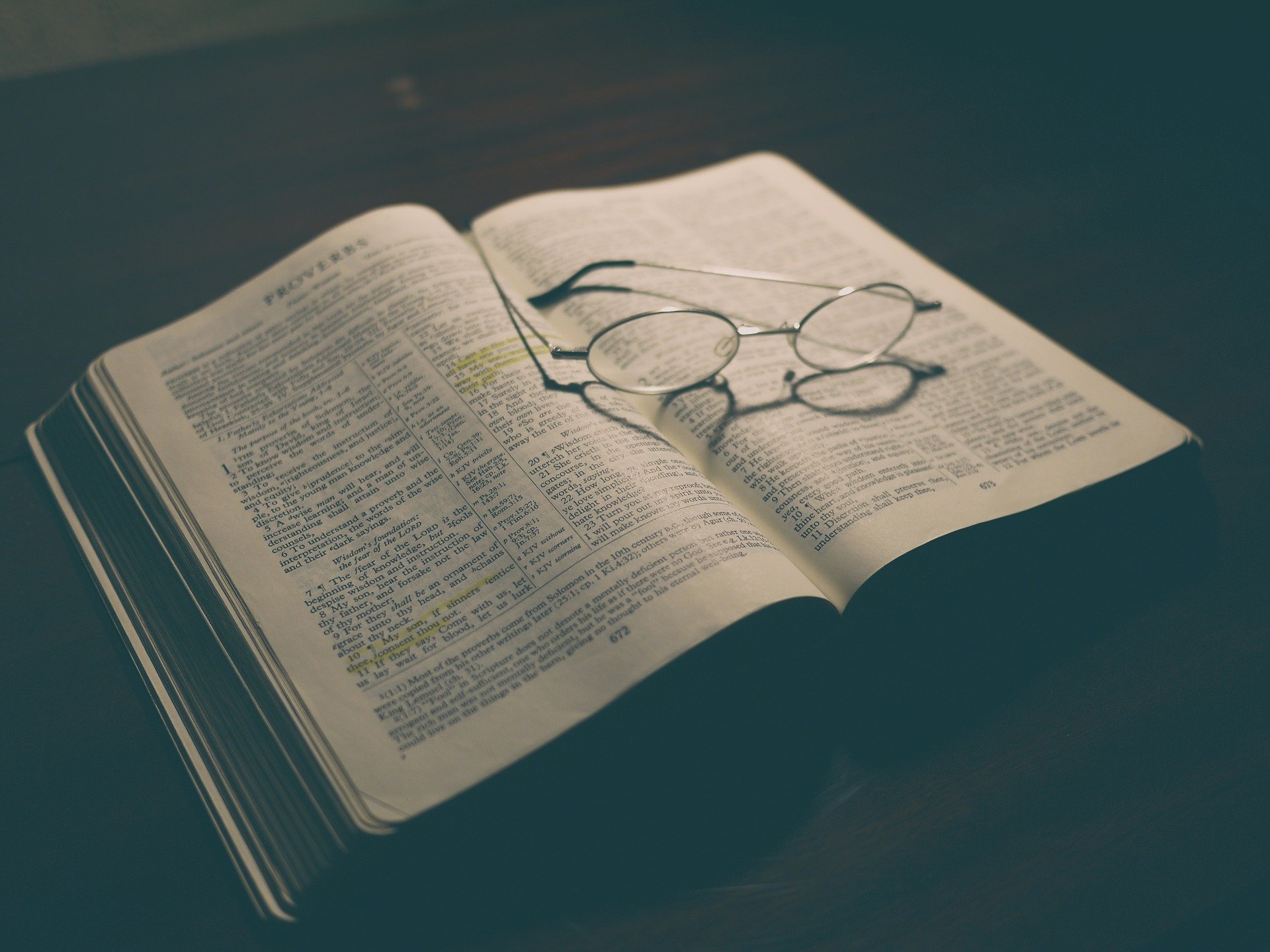 The traditional Epistle reading appointed for the Fourth Sunday after Easter expresses that special theme so very dear to Cranmer and his fellow Reformers - the intertwining of Scripture, salvation and sanctification.

"He chose to give us birth through the word of truth that we might be a kind of first fruits of all he created… Therefore, get rid of all moral filth and the evil that is so prevalent and humbly accept the word planted in you, which can save you” (James 1:18, 21).

According to James, God brings about salvation through believing the word of truth about Jesus. But then God also stirs up sanctification in us by the word implanted in us in salvation. Once again, we see belief changing behavior, and both belief and behavior the result of God’s Word working in us. No wonder Cranmer wanted to encourage daily Bible reading in the English people.

Of course, Cranmer was not the first person to want people to read their bibles every day. In fact, in England he was just the latest in a tradition stretching back over two hundred years, which was itself rooted in the writings of a sixth-century Bishop of Rome, Gregory the Great. He urged clergy to lead a balanced life, mixing the joys of private devotion to God with time spent serving their neighbors. In the late fourteenth century, Walter Hilton sought to extend this tradition to English lay people wealthy enough to have sufficient time for daily pray and bible reading. In his Epistle on the Mixed Life, he discouraged a lay lord who was considering renouncing his position and possessions to enter a religious order. Citing Gregory, Hilton advised his correspondent to fulfill his social obligations to serve his dependents while pursuing privately a life of devotion. After all, Jesus himself practiced a life of service to others punctuated by periodic withdraw for private contemplation.

As a result, many aristocratic ladies took up the practice, including Cecily, Duchess of York, mother of Edward IV and Richard III, and Lady Margaret Beaufort, the mother of their successor, Henry VII. Since Lady Margaret was also a key supporter of theological education at Cambridge, Cranmer’s own training including an emphasis on daily Bible reading. You can see the result in his most famous portrait. In the Flicke’s painting of 1545, Cranmer is looking up at us from his book, as if we have broken in on him as he is reading of Paul’s epistles. Clearly, Cranmer wanted to be remembered as a regular Bible reader.

But what about ordinary people who had neither the time nor the training to read the Bible on a regular basis? The medieval English spiritual tradition taught them to meditate on the Holy Name of Jesus, since the Word Living was the fullness in himself of the Word Written. But Cranmer wanted something more for the common folk, especially since salvation and sanctification came from having the Word Written implanted in them. Consequently, he devised daily public services devoted to Scripture readings so that everyone would have an opportunity to hear and meditate on God’s Word, even if they could not read the Bible for themselves. And rather than the monastic pattern of seven daily services which was impossible for the common people to do, the Church of England now offered for everyone only two, Morning and Evening Prayer, so that workers could attend before and after their duties, just as Cranmer had read was the custom in ancient Constantinople for the same reason.

Here is the origin of the common evangelical practice of the daily quiet day. And Cranmer’s Daily Offices are still quite helpful as private devotions for contemporary believers. But do we use them as oft as would be best for us? This week’s Epistle reading reminds us of the importance of daily implanting God’s Word in us.

Let’s ask God to move our hearts and strengthen our wills to be faithful in our daily devotions.  And let’s begin by praying this week’s collect.

Prayer:
1552 Readings and Collect appointed for the Fourth Sunday after Easter. Epistle: James 1:17-21. Gospel: John 16:5-14. Almighty God, which doest make the minds of all faithful men to be of one will; grant unto thy people, that they may love the thing, which thou commandest, and desire, that which thou doest promise; that among the sundry and manifold changes of the world, our hearts may surely there be fixed, whereas true joys are to be found; through Christ our Lorde. Amen.
Copyright:
John Ashley Null