Cross: On the Emmaus Road 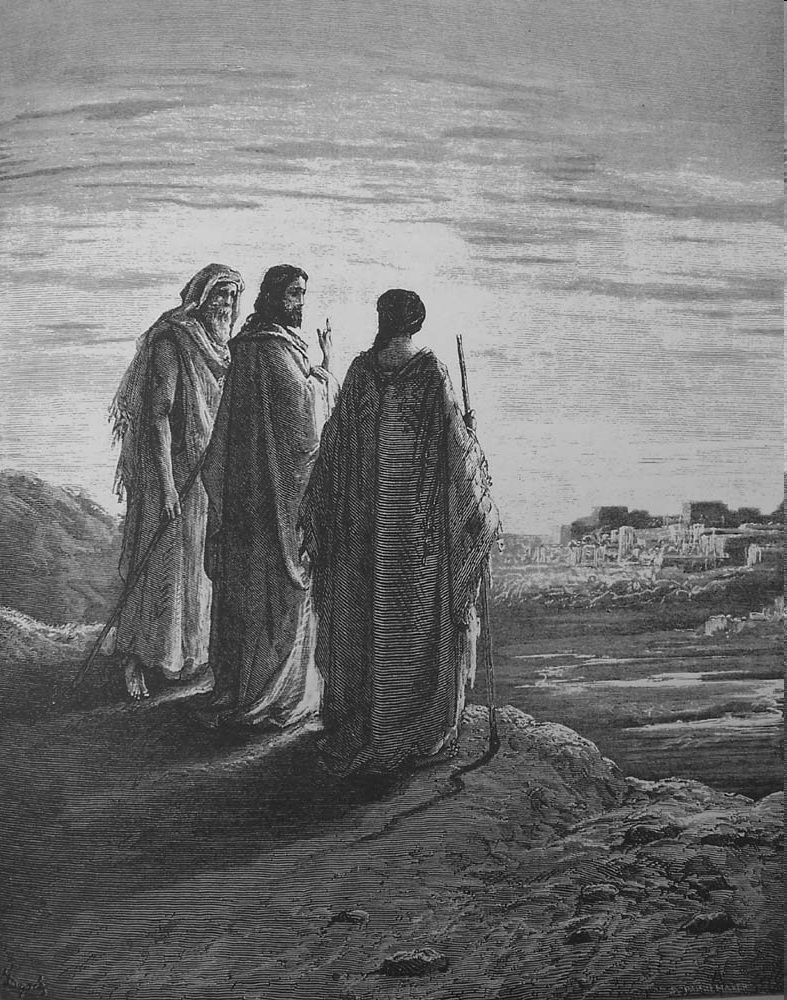 How do many of us feel today? Afraid of death? Depressed, even despairing? If we are Christians maybe we have doubts? What is God doing when the world is stricken by a terrible disease? Why doesn't he say something?

There was a group of people 2000 years ago who felt exactly the same as we feel today. Jesus' followers when he was arrested were terrified and ran away. They if you like self-isolate in terror not of a virus but of a cruel execution. Death stalks the streets of Jerusalem as they cower behind closed doors. Jesus's followers are silent and hiding.

Then after Jesus’ death on the cross (where he says very little) there is silence from God for three days. God says nothing. The disciples burrow down deeper and deeper into terrified self-isolation. There is no voice from God to comfort or help them, only silence. Why is he so terrifyingly silent? Does he care?

Then on Sunday morning two of Jesus's disciples in their doubt and fear of death decide to go one step further. Jerusalem, where Jesus was crucified is the epicentre of the danger for them, so they decide, like many today,  to escape from the city and go to the country, to a little village called Emmaus about 7 or 8 miles walk from Jerusalem. They are also running away from fellowship with fellow believers - never a good idea.

Now as they run away from danger, not surprisingly, they are very depressed and full of doubts. The truth is staring them in the face, but they don't get it. Then something amazing happens (Luke 24) Jesus comes alongside them on the road as they walk along and he speaks to them. They don’t recognize him: their eyes are kept closed as to who he is. Opening up the Hebrew Bible this mysterious stranger explains to them that it was necessary for the Messiah to suffer and die, that there was no other way for humans to get back to God. This is their big blind spot; for them to die on a cross is pointless, indeed the ultimate failure. When eventually they get near to their destination, Jesus acts as if he is going further. Alarmed, they urge him strongly to stay with them. Finally, as he sits down for a meal and breaks bread with them, their eyes are opened and they recognize who he is. He abruptly disappears from their sight.

Then they realize who it was talking to them and they say to one another “Were not our hearts burning within us while he talked with us on the road and opened the Scriptures to us?” They do a U-turn and race back to Jerusalem and find the other disciples and tell them what happened. As they are doing that, Jesus appears again and speaks yet again; he says to them all “peace be with you”.

Now the same thing as happened to the disciples can happen to us. God is here and he is not silent. He speaks to us today. He is I believe, very reverently, speaking to you as you read this.

He speaks to us today in all our troubles and doubts, through his Word, just like he did to the people on the road. And like the people on the Emmaus Road as the Word is opened then we, perhaps also depressed and suffering,  meet the risen Jesus. The risen Jesus steps off the pages of the Bible and into our lives. What happens when we meet the Risen Lord? We realize that suffering is part of God's plan. Our faith is strengthened and our doubts disappear.  We long to meet again with fellow believers (even though in many countries right now we can’t!). And most of all our cold hearts - which are like the blocks of chicken in the freezer I got out yesterday to cook supper - are thawed out by the Holy Spirit and start to burn within us as we experience the risen Lord Jesus.

What does Jesus offer us today? The same thing as he offered the disciples 2000 years ago - peace. Peace through his death on the cross. Peace with God and peace with each other and peace in ourselves. Peace once we meet the risen Lord.

Lord God, the unfailing helper and guide of those whom you bring up in your unmovable fear and love, keep us, we pray, under the protection of your good providence and give us a continual reverence and love for your holy name, through Jesus Christ our Lord. Amen.