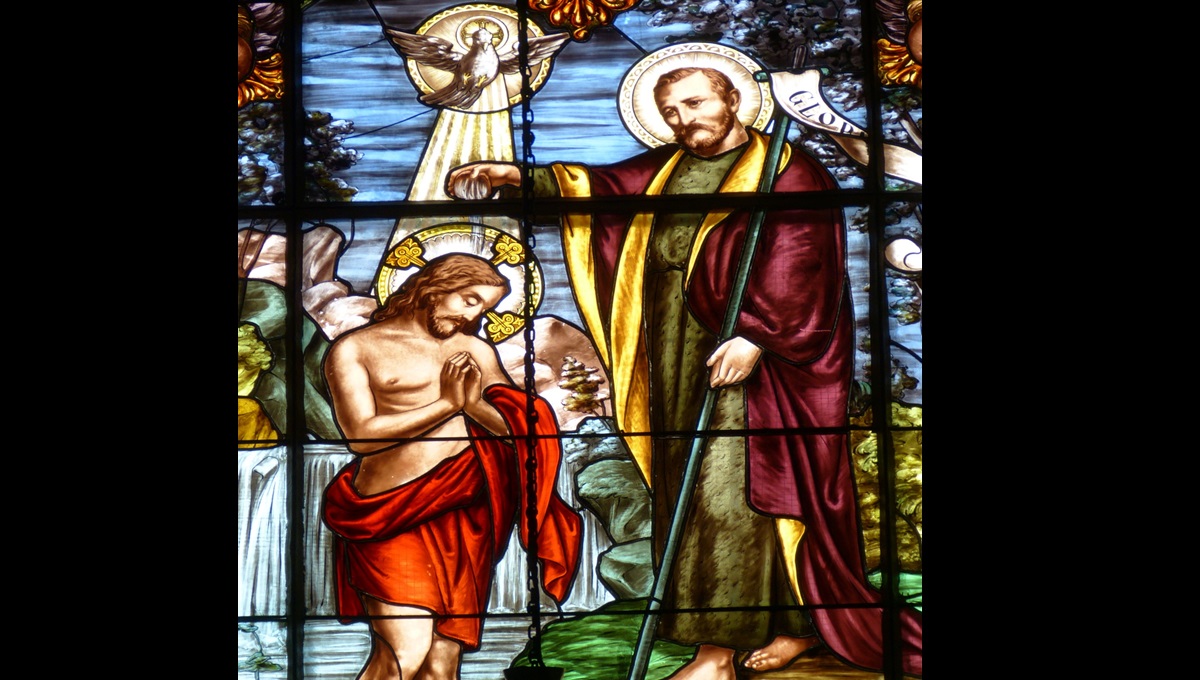 Gregory Nazianzen was ordained in 372 as the bishop of a small town in Asia Minor. A strong supporter of the Nicene Creed, Gregory confronted the Arian heretics who were threatening to create division in Cappodocia, and in 379, he was asked to go to Constantinople to win it back to Nicene orthodoxy. His persuasive preaching and teaching on the doctrine of the Trinity and the nature of the Holy Spirit were well received and he returned to Nazianzus in 381. Gregory Nazianzen also wrote numerous theological, moral and biographical poems.

Jesus rises from the waters; the world rises with him. The heavens like Paradise with its flaming sword, closed by Adam for himself and his descendants, are rent open. The Spirit comes to him as to an equal, bearing witness to his Godhead. A voice bears witness to him from heaven, his place of origin. The Spirit descends in bodily form like the dove that so long ago announced the ending of the flood and so gives honour to the body that is one with God.

Today let us do honour to Christ’s baptism and celebrate this feast in holiness. Be cleansed entirely and continue to be cleansed. Nothing gives such pleasure to God as the conversion and salvation of men, for whom his every word and every revelation exist. He wants you to become a living force for all mankind, lights shining in the world. You are to be radiant lights as you stand beside Christ, the great light, bathed in the glory of him who is the light of heaven. You are to enjoy more and more the pure and dazzling light of the Trinity, as now you have received - though not in its fullness - a ray of its splendour, proceeding from the one God, in Christ Jesus our Lord, to whom be glory and power for ever and ever. Amen.

Almighty God,
whose Son our Savior Jesus Christ is the light of the world:
Grant that your people, illumined by your Word and Sacraments,
may shine with the radiance of Christ's glory,
that he may be known, worshiped,
and obeyed to the ends of the earth;
through Jesus Christ our Lord,
who with you and the Holy Spirit lives and reigns,
one God, now and for ever. Amen.