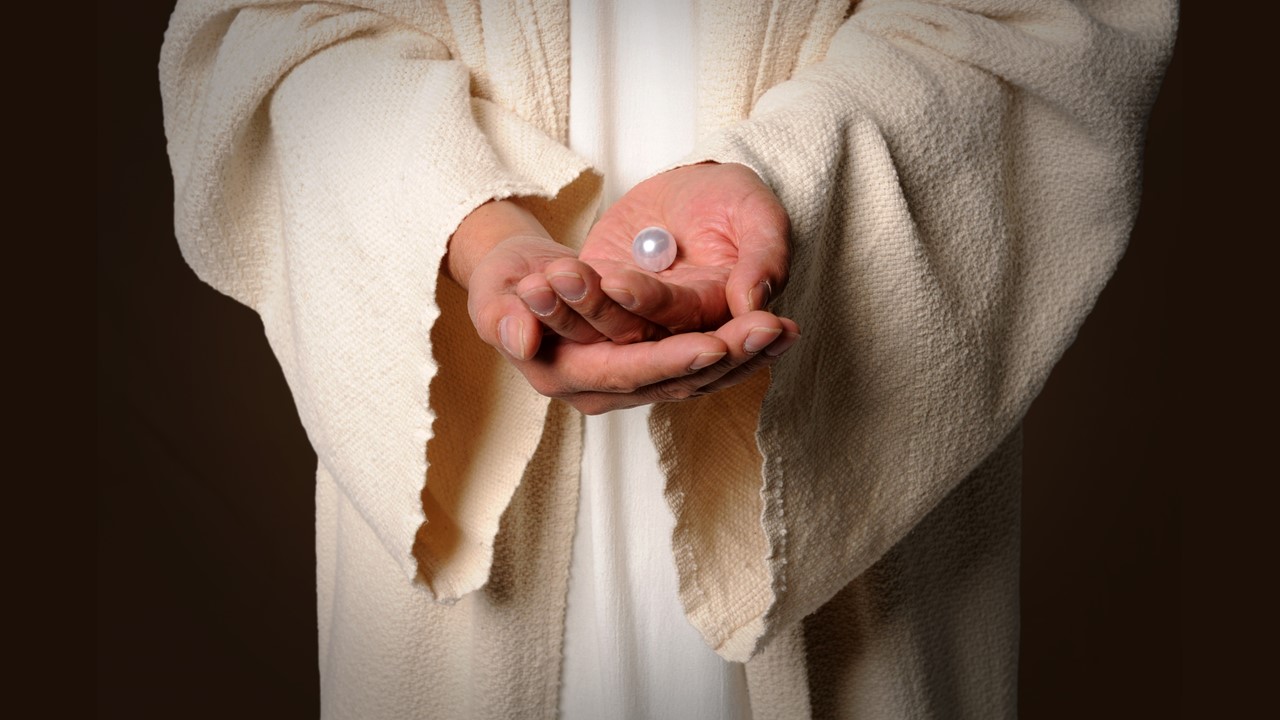 The reading is from Saint Matthew´s Gospel 13:44-52. These parables are the last in a clutch of parables about the Kingdom of God which include the Parable of the Sower and the Parable of the Wheat and the Weeds. As elsewhere, the disciples are the intended audience. The point of the parables about the treasure hidden in a field and of the pearl of great price is how we are to put everything we have at the disposal of gaining the Kingdom for, as Jesus said, “What will it profit a man if he should gain the whole world but lose his own soul?” (16:26). Nothing can be held back in our desire for and commitment to the Kingdom, with all its implications in this life and in the life to come.

The parable about the dragnet that is cast into the sea and collects all sorts of creatures, the clean and the unclean, is very like the one about the Wheat and the Weeds but, perhaps, nearer the experience of those of the disciples who were fishermen and for whom this sorting out of the good from the bad would have been a daily task. It underlines, once again, the theme of judgement in these parables: what is not of God will be ruthlessly separated out and cast out of the circle of the Kingdom’s light.

Jesus is here training the disciples for their mission. The Jewish scribes were trained in the Torah and its tradition of interpretation. The disciples too were to hand on the tradition (paradosis) of Jesus (Acts 16:4; 1 Cor.11:23; 15:3; 2 Thess. 2:15). In doing this, they were to pay attention to the Torah, the Prophets, the Writings and the Psalms of the Hebrew Bible but they were also to interpret these in the light of the Christ event. Jesus’ understanding of the inner meaning of the law, how his utter dedication to the Father’s will, even unto death, fulfils the sacrificial demands of the Old Testament, his call for inward transformation and not merely outward observance, all of these are the things ‘old and new’ which a Christian teacher has to bring out of the rich deposit of faith. Like the Apostles, every Christian teacher today also needs to be thoroughly trained in being able to communicate the whole counsel of God to the people of God and to anyone wanting to know more about the Christian Faith (Acts 20:27; 1 Pet. 3:15).

Brooke Foss Westcott was a Christian teacher par excellence. From the very beginning, he was engaged with the study of the Bible, particularly the New Testament, and in 1881 he published, along with FJA Hort, a critical edition of the New Testament, which was to form the basis for the New Testament in the Revised Version translation of the Bible (known in the US as the American Standard Version). He was no ‘ivory tower’ theologian though and brought his academic knowledge to the service of training future clergy for the Church. An initiative that later resulted in the establishing of Westcott House Theological College in Cambridge. He was also interested in mission overseas and was instrumental in the creation of the Cambridge Mission to Delhi.

As Bishop of Durham, he made the social problems facing the miners in his diocese a matter of special concern and mediated between owners and miners during the coal  strike of 1892. He continued the practice of his illustrious predecessor, JB Lightfoot, of having ordinands come to his home, Auckland Castle, for a year’s training.

When we look at the lives of bishops like Westcott and Lightfoot we are led to thank God for providing such learned shepherds for his flock. They put their scholarship at the service of the Church’s mission and ministry and the whole Church was enriched thereby. They were also a bulwark against the sloppy thinking which can lead to heresy and we can say that they certainly passed on the Apostolic Tradition in a most reliable manner. Today, we see that in our Anglican Communion so many of our problems have arisen because the teachers have failed to pass on the Apostolic teaching to their clergy and people. They have rather been swayed by every wind of opinion and fashion because of a lack of their own firm grounding in the faith once delivered to the saints (Jude 3). Let us pray then for well grounded and faithful teachers who will pass on the teaching of the Apostles and, at the same time, help us to relate such teaching to the questions and problems of our own age and culture.

Almighty God, who enlightened your Church by the teaching of your servant Brooke Foss Westcott: enrich it evermore by your grace and raise up faithful witnesses who, by their life and teaching, may proclaim the truth of your salvation; through Jesus Christ our Lord who is the chief Shepherd and Bishop of our souls. Amen.