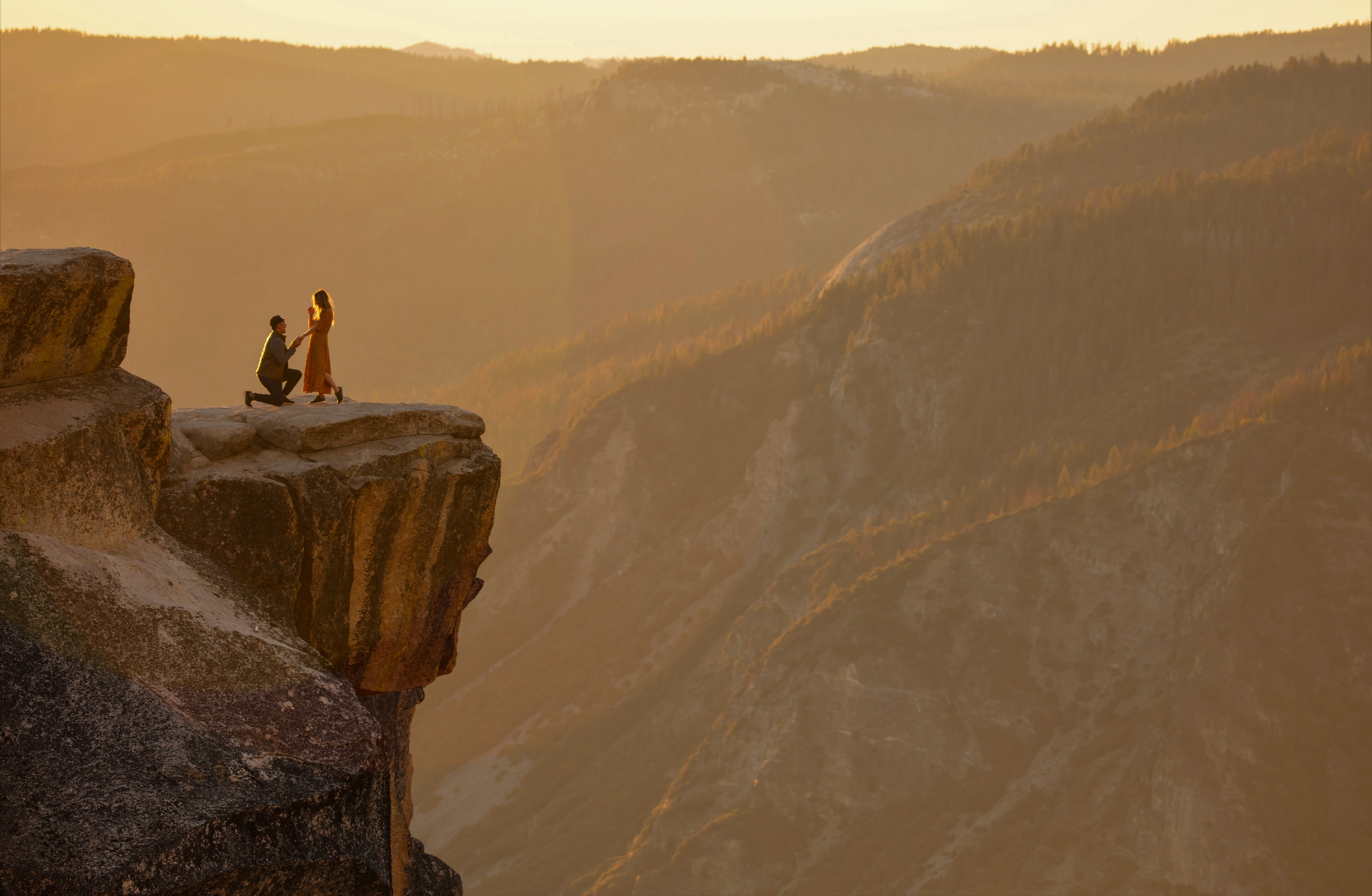 The church does not publish a dating manual or a rite of Holy Courtship. However, it does begin to give instructions for the second stage of marriage – betrothal. Betrothal is a traditional word for engagement. That means making a public announcement of intention to marry, often signified by a ring. In traditional societies, as I observed living in Africa, the betrothal ceremony can be as elaborate and important as the wedding. The betrothal announces not only the coming together of two people but also of two families. This is why traditionally it was necessary for the couple to seek permission of parents before announcing the engagement. Frankly, that is not a bad idea at all. As we shall see, Holy Matrimony involves much more than two lovebirds in paradise.

Historically, betrothal has been signaled by making a public announcement in church called “publishing the Banns of marriage.”

“I publish the Banns of Marriage between N.N. and N.N., and I bid your prayers on their behalf. If any of you know cause, or just impediment, why these two persons should not be joined together in Holy Matrimony, you are to declare it. This is the first [second or third] time of asking.”

Publishing the Banns waves a green flag in letting friends and the wider church know that you are seriously getting ready to marry. It waves a red flag to competitors, saying this man or woman is now off-limits. And it waves a yellow flag, cautioning that this is the time to bring up concerns or even obstacles to the marriage going forward.

In the Church of England and many other Anglican churches, the Banns are announced on three consecutive Sundays prior to the wedding. This works well in a village society where everyone lives together, but in urban societies where people from different regions and backgrounds mingle, a longer time may be needed.

I would suggest that the three announcements of the Banns can be staggered so as to frame the important work of marriage preparation, e.g., first at the announcement of the engagement, preferably at a public “introduction” or engagement ceremony; the second at the completion of the preparation; and finally on the Sunday before the wedding. Churches and pastors will expect couples to commit to a thorough program of marriage preparation. There are a number of excellent books and formal programs available. Most premarital instruction deals with important matters of communication, sex, money and relatives and also about spiritual disciplines of prayer, Bible reading and stewardship. Frequently, instruction includes other people than the priest or pastor, including marriage mentors and other prospective couples.

I cannot urge too strongly that couples and clergy take this stage of betrothal seriously. In a society which gives precious little encouragement to marriage and where over half the marriages end in divorce, you need to be sure you know your heart and God’s will. It is hard to break off an engagement, and you will have one last chance at the wedding itself, but this is the time to slow down or stop.

Almighty God, we thank you for the love of N. and N., and we ask your blessing upon them [and their families] during this time of preparation. Open their minds and hearts to one another, enable them faithfully to receive your Word and Sacrament, and help us to support them, that they may rightly prepare for their marriage. And, we pray, give us wisdom to uphold and encourage all who have been united in Holy Matrimony; through Jesus Christ our Lord. Amen.
From “Brief Liturgy for the Signing of the Declaration of Intention” (ACNA)