Angels on Our Side 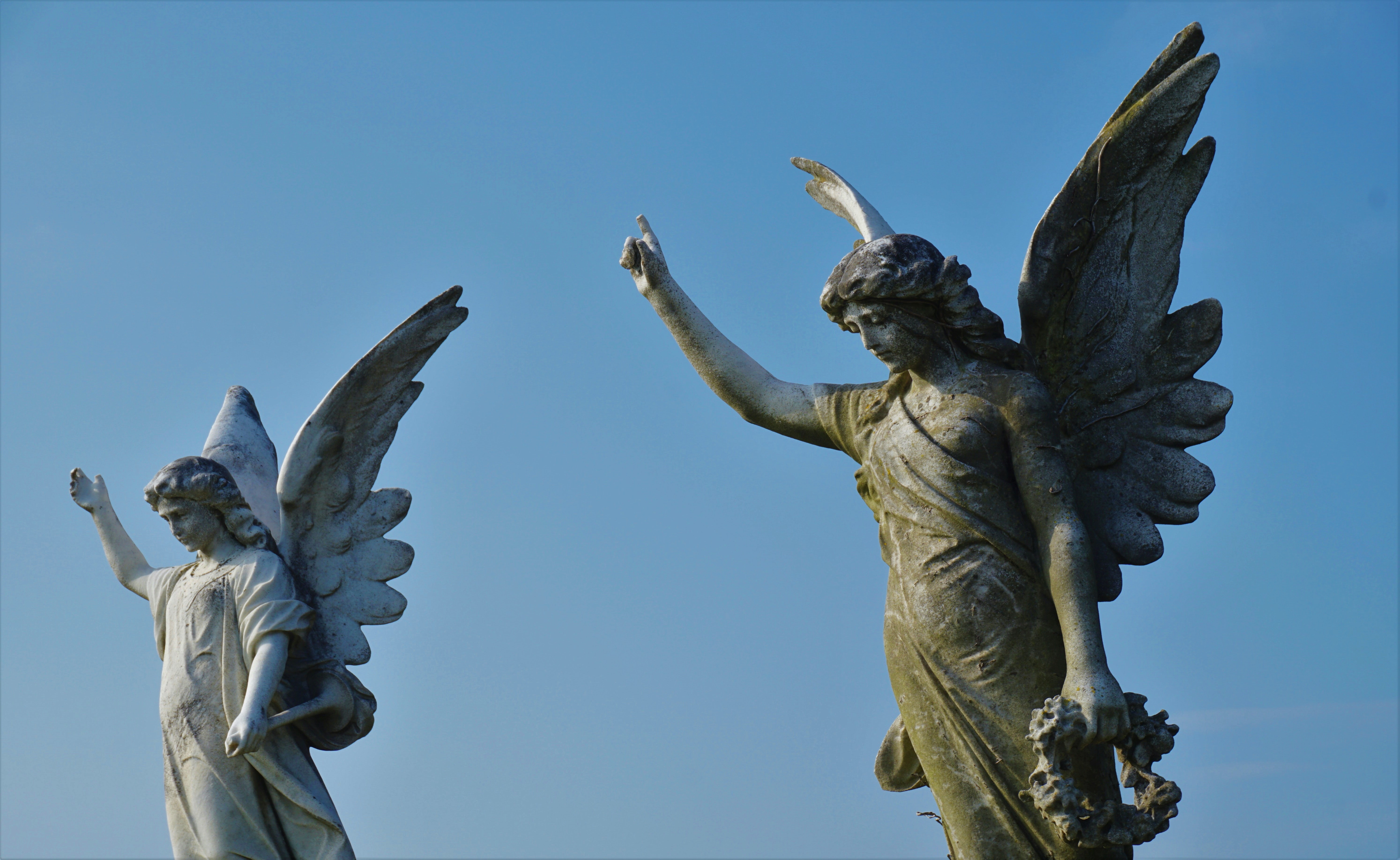 Angels appear at the oddest times and places. One of those places comes in a single verse, where Jesus says to His disciples:

"See that you do not despise one of these little ones [children]. For I tell you that in heaven their angels always see the face of my Father who is in heaven.” (Matt 18:10)

This verse is the primary source for the belief, held by Roman Catholic and Orthodox churches and by some individual Protestants, that every believer has a personal guardian angel. While this belief cannot be proven or disproven, it seems to me there stands behind it a greater certainty: that God’s angelic host stands at the ready to assist us.

There is an Old Testament story about the King of Syria sending his army to capture the prophet Elisha. When Elisha’s servant sees their predicament, he cries out “Alas, my master, what shall we do?” Elisha replies:

“Do not be afraid, for those who are with us are more than those who are with them.” Then Elisha prayed and said, “O LORD, please open his eyes that he may see.” So the LORD opened the eyes of the young man, and he saw, and behold, the mountain was full of horses and chariots of fire all around Elisha. (2 Kings 6:15-17)

Elisha prays again, and the enemy force is struck blind.

The heavenly host is indeed a militant force, and an army requires rank. The highest ranking officer is the archangel Michael, whom we meet anonymously in the book of Joshua as the commander of the Lord’s army (Josh 5:14). In the book of Daniel, he comes to assist the archangel Gabriel and is identified as Israel’s national guardian.

Armies also imply enemies. In Daniel, the foe is “the cosmic prince of Persia,” but in the book of Revelation, he the supreme Enemy:

The dragon’s true target is not Michael, but the Woman clothed with the sun, with the moon under her feet, and on her head a crown of twelve stars, who gives birth to the Savior. This reminder of King Herod seeking to kill Jesus is also a prophecy of the idolatrous hatred of the secular rulers against His church, who is His Bride, and her offspring.

The church today is under greater attack from religious and secular enemies than at any time in her history. The forces of the Enemy appear awesome indeed, as they did in Elisha’s day. But the Word of God assures us that those who are with us are more than those who are with them: “They will make war on the Lamb, and the Lamb will conquer them, for he is Lord of lords and King of kings, and those with him are called and chosen and faithful” (Rev 17:14).

Everlasting God, you have ordained and constituted in a wonderful order the ministries of angels and mortals: mercifully grant that, as your holy angels always serve and worship you in heaven, so, by your appointment, they may help and defend us here on earth; through Jesus Christ your Son our Lord, who is alive and reigns with you, in the unity of the Holy Spirit, one God, now and for ever.
Collect for Holy Michael and All Angels