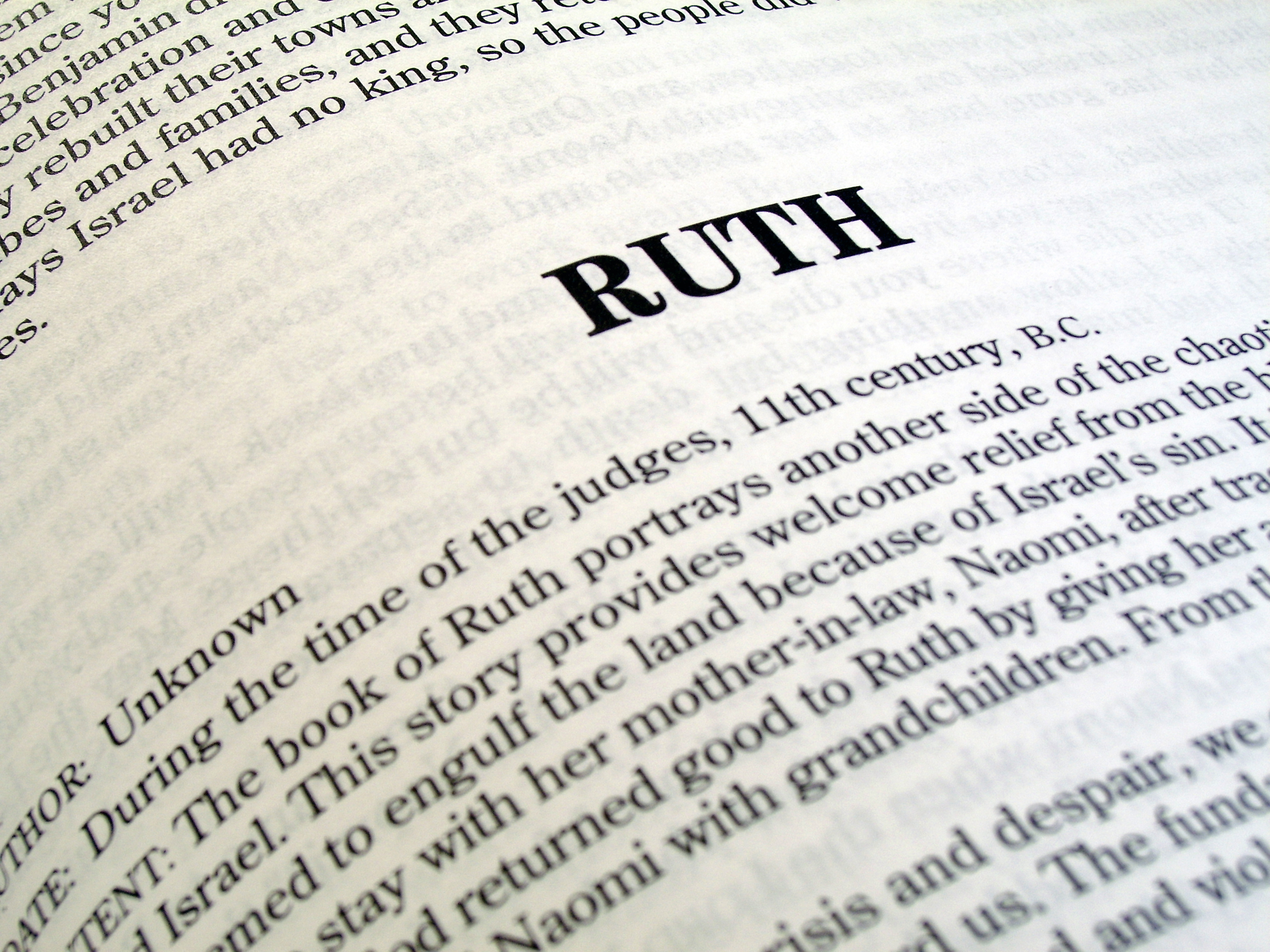 In the days when the judges ruled, there was a famine in the land. So a man from Bethlehem in Judah, together with his wife and two sons, went to live for a while in the country of Moab. Ruth 1: 1 NIV.

One of the things that should call our attention is that God's plan to establish a kingdom through Christ is not carried out in the neatness of a laboratory, but in the untidiness of the daily life of humanity. The Gospels tell us that Christ came to this world because we needed to be rescued ("I have not come to call the righteous, but sinners." Mr 2:17 NIV). Ruth, written many centuries before Jesus, will show us how God is going to rescue his own by providing a future for an unfortunate family of Israel.

Let's read this book, keeping in mind that it shows us God's grace in the midst of enormous difficulties. The events that are narrated here take place in the time of the judges, where "each one did what seemed best to him." The previous five readings have adequately prepared us to understand this great love story that we find in Ruth. There is suffering in God's land because the people have turned away from God.

1. What is the context of this story?
In our previous readings, God warned his people that if they turned away from him, they would experience many serious hardships. God's land no longer provides for them. Instead of abundance, now there is hunger. To whom will I go to in my need? Who will guide me? These questions are as challenging today as they were in Ruth's time.

3. What does Elimelech do? (v. 2 gives us the name of the head of the family. This name means God is my king. There is an irony here, because Elimelech decides to do something that God told his people not to do).

The head of the family cannot provide for them. In what appears to be a sensible decision, he moves his family to live in a place where there is no famine. Let's not be too hard on Elimelech, he was doing what he considered best, just as Judges 21:25 described it. But that does not mean that it was the right and sensible thing to do. What led him to make this decision? The big problem for Elimelech was that he did not know God, therefore he did not seek His guidance in times of need. So, he brought his family out of God's land, to live in Moab.
Moab was a nation which lived east of the Dead Sea, in what is now Jordan. On the way to the Promised Land, the people of Moab seduced Israel and they engaged in debauchery and Moabite idolatry. You can read this in Numbers chapters 22 to 25. In Deuteronomy 23:3-6 we read that no Moabites were to be admitted to the people of Israel, nor were they to seek any relationship with them. Elimelech took his family out of God's land and brought them to live in the middle of Moab. Nothing good will come from this.

Think: It is a difficult time for the people of Israel, a man (who should have known God better) takes his family out of God's land and leads them to live in a pagan land. Faced with a difficult decision, who makes the decision, you, or God?

Ideas for prayer: Thank God that you know him. Ask for his help to always choose what honors God. Ask him to help you to show solidarity with those who are facing difficulties today. Ask him to give you the grace to lead them to Christ.

Translated from the Chilean Book of Common Prayer, a prayer for those who suffer; page 139.
Loving and merciful God, guide with goodness, we beg you, the millions and millions who suffer this day. Allow us who have lived sheltered and protected to identify with them in their needs, doing all that is on our part for individuals and nations to provide them with help and comfort, and the message of your saving love in Jesus Christ. Amen.