A Conscience for the Church 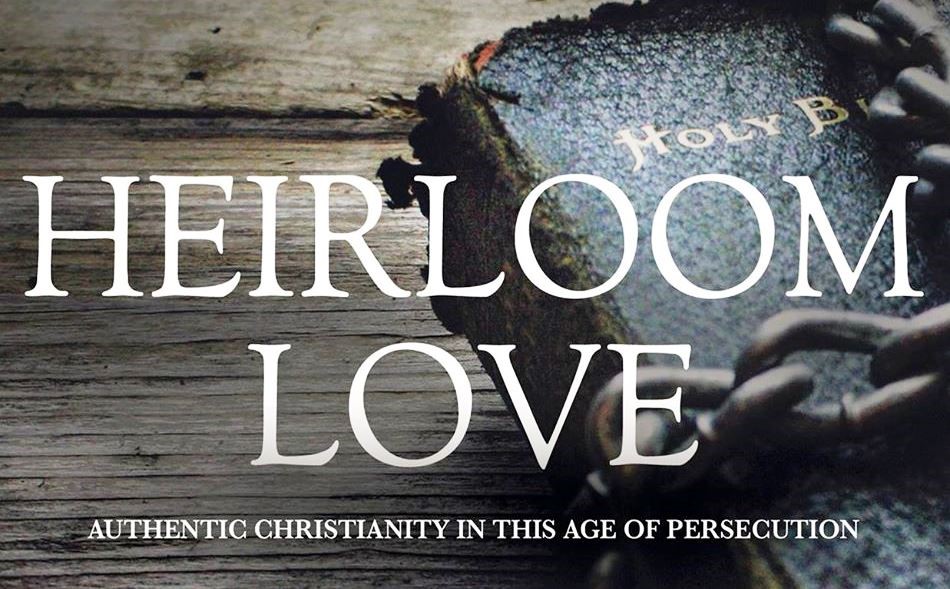 One of the speakers at the New Wineskins Missions Conference last year was my friend and brother in Christ, Dominic Sputo. Dominic spoke on the night dedicated to the Suffering Church. Author of an eye-opening book, Heirloom Love: Reclaiming Authentic Christianity in an Age of Persecution, I call Dominic “a conscience for the Church.” And you will see why.

I first got to know Dominic Sputo in the spring of 2014. He called me from his home near Tampa, Florida and asked me if I would help him to arrange a series of rallies protesting the imprisonment and death sentence on Sudanese Christian convert Meriam Ibrahim. Dominic wanted to have rallies at the White House and at the Sudanese Embassy.

Well, we did it. We had several rallies in front of the White House, with Senator Ted Cruz and U.S. Representative Trent Franks both joining us. And we stood in front of Sudan’s Embassy to the US – another place quite familiar to advocates!

During that time I found out that Dominic was writing a book about how God awakened him to his calling and responsibility to persecuted Christians around the world. As he told me about what he had discovered as he searched the Scriptures, I saw our absolute Biblical mandate to speak on behalf of and to support our persecuted brothers and sisters as never before!

I want to share with you some of the gems from Scripture that Dominic has mined. But first, let me share his own testimony as he spoke of it at New Wineskins, but first at the conference on Christian persecution that the Institute on Religion and Democracy held in May 2018:

Today I’d like to share with you what I learned from the biggest mistake that I’ve ever made. It started when I was a new Christian and reading the final instructions that Jesus gave us the night before he was crucified. That’s when he said; “Love one another just as I loved you.”

It haunted me that he didn’t say it just once, or twice, or even three times. He said it four times that night! It’s as if he’s saying to us—to you and me, “if you don’t do anything else, make sure that you love one another!”

I was so taken by Jesus’ command to love our brothers and sisters that I vowed to use my income to help them. But, then the Lord blessed me to start a software company with some friends. The Lord gave us the right product at the right time and within two years our company went public on Nasdaq and I conveniently forgot my vow. Oh, I gave 10% to my church and another 10% to charity probably just to silence my conscience because
I turned my back on those who I vowed to help. . . .

Dominic continues, telling how he built a big waterfront house, and shortly after he and his family moved into it, he was bitten by a tick while on a church camping trip. He was infected with a very aggressive case of Lyme Disease that didn’t respond to antibiotics:

The Lyme caused severe arthritis that made it hard to get out of bed and very difficult just to walk from one side of the big house to the other. It also affected my brain in a way that made it difficult to complete my sentences. I had liver complications and candida from excessive antibiotics. I had green fungus growing in my nails. And if I didn’t look pitiful enough already, I had red bumps the size of pencil erasers growing on my head and neck. I was quite a sight. Shortly after I became sick, the Lord revealed to me that he was disciplining me for my unfaithfulness with His money. I may be a slow learner, but this time I repented quickly!

It appeared that he was going to die. The doctors had given up, and Dominic was off all medications. Then he got a phone call from a friend at church:

He said the Lord told him to tell me that He was going to heal me. At that moment, on the phone, the Lord healed me. All the Lyme disease symptoms immediately left my body. My brain and speech were restored. The arthritis was gone. The green fungus disappeared. Even the red bumps were gone! The Lord gave me a second chance!

Dominic made good use of that second chance. He devoted his life to speaking and writing about our duty to the Suffering Church. His book Heirloom Love, as well as his ministry, LumenLife, make a big impact. Here is some of what Dominic found by studying what the Bible says about money:

Dominic concluded his talk with two thoughts. First, he said, “We’re here today because Jesus is still being persecuted through His children and how we respond to the persecuted is really our response to Jesus.”  And second, he explained how the Lord is using Heirloom Love, “to radically multiply the number of American Christians who are caring for our persecuted brothers and sisters.” In some cases, this caring has been sacrificial. Dominic spoke at a church in Southern California many of whose members are former Hell’s Angels and other bikers. They provided a very generous collection for the persecuted by selling their many of their own possessions! What should we, who have been church goers longer than the Hell’s Angels, do?

God spared Dominic Sputo’s life because He had a mission for him to wake the part of the Body of Christ that is asleep to the needs of its fellow Christians. What mission does He have for you?

Rescue those being led away to death; hold back those staggering toward slaughter. If you say,

“But we knew nothing about this,” does not He who weighs the heart perceive it? Does not He who guards your life know it? Will He not repay each person according to what he has done? Proverbs 24: 11-12

Get Dominic Sputo’s book, Heirloom Love. Share it with friends and fellow church members (and your Rector and your Bishop!) The second edition of the book includes a group study, and the Lumen Life website has a two minute or less videos to go with a 6 week group study.

Prayer:
Thank You, Lord, for Your mighty hand of grace and healing that brought our brother Dominic Sputo back to health. Thank You for raising him up to be a voice, a conscience for the Church concerning those who are suffering for the sake of Jesus. Use us, likewise, for Your glory and to speak out on behalf of our persecuted brothers and sisters. Open our eyes, Lord, we want to see Jesus -- in the faces of Your Suffering children. In Jesus’ Name. Amen.