5 Lessons We Can Learn from St. Patrick about Spiritual Warfare 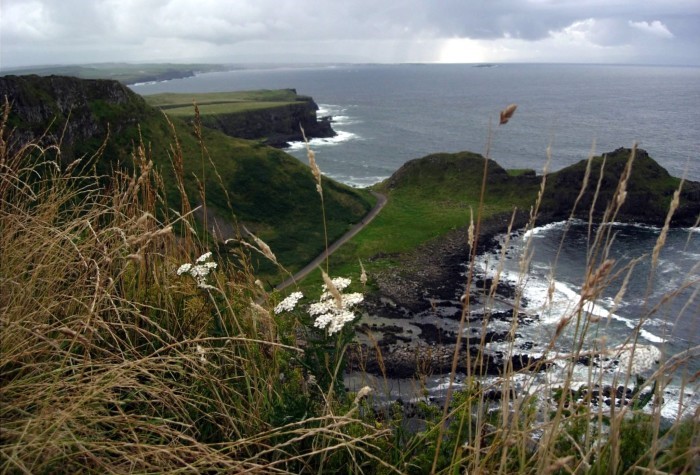 For today’s devotions, coming on the day we celebrate Patrick, Bishop and Apostle to the Irish (461 AD), it may look as if I’m taking a detour from talking about the Suffering Church – but not really. We, as advocates for our persecuted brothers and sisters, can learn much from Bishop Patrick about spiritual warfare against “the cosmic powers over this present darkness,” and “against the spiritual forces of evil in the heavenly realms.” Maybe these lessons can aid us in the global battle with the Coronavirus, as well.

You may know of Patrick’s true story from his own powerful autobiography, his Confession. He tells how his conversion and relationship with Christ began. He was born in Britain, probably Scotland, around 385 AD, to Roman British parents. As a teenager, he was kidnapped by wild Irish ruffians and brought as a slave to (Northern) Ireland. He says:

And there the Lord opened my mind to an awareness of my unbelief, in order that, even so late, I might remember my transgressions and turn with all my heart to the Lord my God, who had regard for my insignificance and pitied my youth and ignorance. And he watched over me before I knew him, and before I learned sense or even distinguished between good and evil, and he protected me, and consoled me as a father would his son.

God in a vision showed Patrick how to escape, and he returned to Britain and his parents. In The Confession he says his family welcomed him back and pleaded with him not to go away from them again. But in another vision, Patrick saw a man “whose name was Victoricus” who came from Ireland with letters for Patrick. He then heard the voice of the Irish saying, “We beg you, holy youth, that you shall come and shall walk again among us.”

After studying in France, Patrick was ordained, and in 432 A.D., made missionary bishop to take the Gospel to the Irish as God had commanded him. In Ireland Patrick faced off against druids and other pagans, High Kings and brutal warlords, and a culture that was careless of human life in general and women in particular. As Mike Pettingill writes for The Gospel Coalition,

“Patrick entered an Ireland full of paganism and idol worship. But just a few short decades after Patrick arrived, a healthy, Christ-honoring church was thriving.”

Some sneer, as in a Huffington Post article, that the claim that Patrick drove the snakes out of Ireland is a lie — there’s no evidence there ever were snakes there because Ireland is too cold for snakes! She never heard of symbolism? Patrick brought the light of Christ to Ireland and drove the demonic forces of Satan out, building churches on top of ancient pagan sites and claiming the land for the Triune God he served. That’s why we can learn much about spiritual warfare from this great saint/missionary who mobilized an entire country as missionaries. Here are just 5 of those things we can learn from Saint Patrick about spiritual warfare:

Forgive:  Even though the Irish had kidnapped Patrick and made him a slave, God gave him compassion for them. He forgave them, and had the love of Christ for them — which gave him the passion to see them free from bondage to Satan. We see this beautiful charism from the Lord in so many of our persecuted brothers and sisters who forgive their persecutors, and in many cases, see their persecutors set free from bondage to Satan.

Be well prepared when you face demonic forces: The Lorica, or the prayer that is known as The Breastplate of Saint Patrick, is like the secret weapon of spiritual warfare. It is said that this prayer was composed as Patrick prepared for his most important battle against the paganism of the Druids. From beginning to end in this prayer, Patrick acknowledges his dependence on God. Reminiscent of Paul’s exhortation to put on the full armor of God in order to stand firm against the Devil, the prayer says, “I bind unto myself today the strong name of the Trinity by invocation of the same, the Three in One and One in Three.”

The prayer’s most well-known lines declare that Christ is with, before, behind, in, beneath, and above him. And that the power of Christ covers every interaction he has. As our persecuted brothers and sisters, and we with them, face demonic forces today, we know that we are totally dependent on God. Be prepared with His full armor. And also,

Remember to pray for the faithful as well: Patrick was also a shepherd to the flock in Ireland, which grew exponentially in his lifetime and beyond. He was an evangelist, a missionary, and a pastor. He promoted literacy and education. You can find his prayer for the faithful here.

Your obedience to God can have results that you can’t even imagine:  When Patrick said yes to God, and went back to Ireland, he had no idea of what God had in store. Without Patrick there wouldn’t have been the concept of the Irish “saving civilization,” or Ireland being the land of poets, scholars, and saints. Pettingill reveals without Patrick, there wouldn’t have been a stream of Irish missionaries carrying the Gospel all over the world. The Irish church sent missionaries to evangelize much of continental Europe.

According to Pastor Brad Abley, 120,000 Irish were converted to Christ through the evangelism of Patrick, and he established 300 churches and a monastery. Abley continues, “From that monastery, Columba, an Irishman, was sent to convert the Northern part of England, a country that in turn changed the world through the printing of the Bible in English, by sending out the first Protestant missionaries to India, Africa and China, and establishing Law, Politics and Economics upon Scriptural principles.” Who knows what has resulted, that we will see, if not here, then in Eternity, from the faithful witness of our persecuted brothers and sisters, and from our faithfulness to them? As Bertha Munro, the first academic dean of Eastern Nazarene College declared, “God will not waste a consecrated life.”

And the Number One lesson we can learn from Saint Patrick about spiritual warfare is: There is no High King but King Jesus: In a devotional on their website, Irish Christian band Rend Collective retell the story of Patrick facing off against the High King of Tara. Like many of the Irish High Kings and other warlords in Patrick’s time, the High King of Tara, says Rend Collective, “surrendered his armies and surrendered his heart, in awe of St. Patrick’s God” when the King’s troops were not able to extinguish Patrick’s Easter Vigil bonfire, burning at the same time as the pagan King’s druid festival bonfire.

In the same way, today, although we fear the evil that threatens the lives and communities of Christians all over the world, in forms such as ISIS, Boko Haram, the North Korean, Iranian, the Islamist Sudanese regime, and others, we must remember that no power of hell can stand against Christ’s kingdom. There is no Caliph, no jihadi, no Dear Leader, no President, no King, who is like our High King of Heaven, Jesus Christ.

Some relevant verses regarding Patrick’s life and ministry that we can apply to our ministry to the persecuted:

St. Patrick’s Day this year will be quite different, with most countries shut down and everyone subdued by the threat of the Coronavirus. Use this opportunity to reflect on Patrick’s form of warfare against evil, such as in this article from Crisis Magazine  and in the devotions above. Pray for guidance on how to apply these principles for the Suffering Church.

Dear Father, thank You that we can know in spite of all of our uncertainty about lies ahead for all of us that You are in control, and that one certainty to which we can hang on is that You love us beyond measure. Help us to not be so overwhelmed by our own condition that we forget that the conditions the persecuted Church faces are far worse. Let us not forget them. As the song says, let us look to You, and we will not be overwhelmed. We are under Your Mercy. In Jesus’ Name. Amen.