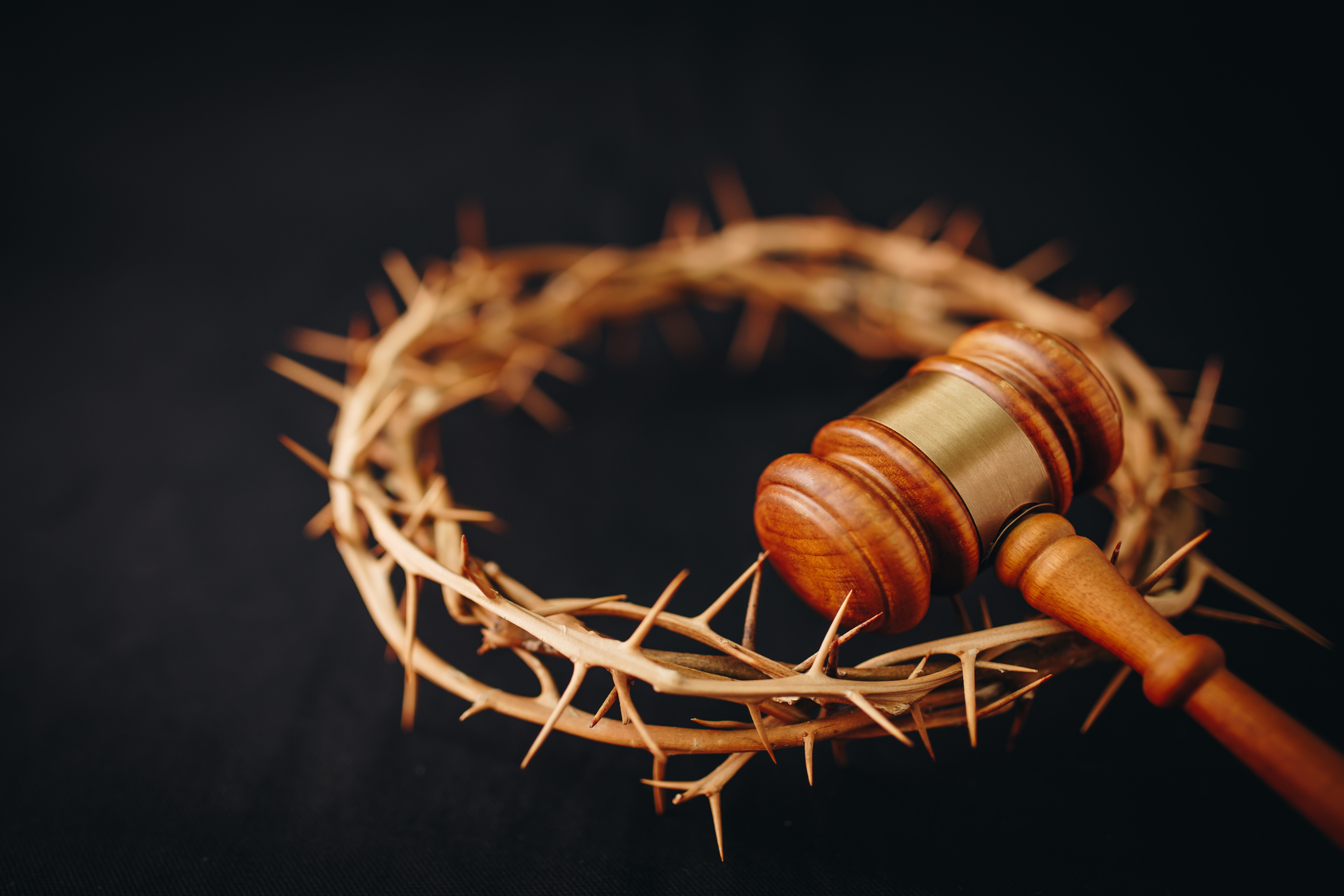 Do you long for justice?

If you’ve been wronged or seen others wronged, you’ll pray that justice will come.

This is why it’s good that God is a fair and righteous judge, and that the day is coming when he will judge the living and the dead.

Yet as we await his return, we see times when God uses the evil of humans to carry out justice.

As we look at the end of 1 Kings 15 and the rest of chapter 16, we’ll see a long line of dreadful kings in the northern tribes of Israel.

In chapter 15 we read of King Nadab, who ruled for two years, but did evil like his father, verse 26.

But he was assassinated by the man who would rule next, Baasha son of Ahijah, verse 27.

But the killing didn’t stop there, verse 29, for Baasha, “immediately slaughtered all the descendants of King Jeroboam, so that not one of the royal family was left, just as the LORD had promised concerning Jeroboam by the prophet Ahijah from Shiloh.”

The answer is in verse 30: “This was done because Jeroboam had provoked the anger of the LORD, the God of Israel, by the sins he had committed and the sins he had led Israel to commit.”

Even in this evil act, the Lord is still active in his universe.

For, the Lord told Jeroboam that judgement would come upon him and his whole family because of the way that he had turned his people away from the Lord.

And now it’s happened, with the sinful, evil will of this psychopath king unknowingly wielding the sword on behalf of the Lord.

Again, we see that God is in control of absolutely everything, even evil, and his judgements and justice are good and fair.

Baasha ruled for 24 years, but he was really evil, and the Lord didn’t turn a blind eye.

Instead, he spoke to him through a prophet, verse 2 of chapter 16, where he declared that justice and judgement will be brought upon him and his family.

Then king Baasha died, and his son Elah become king, until, verse 9, Zimri killed him and the entire royal family, verse 11.

And the Lord used this evil to carry out the judgement he promised and which they deserved, because of how they’d made the Lord so angry.

But things don’t go so well for King Zimri, because he’s then attacked by the rest of the army, verse 16, which leads him to take his own life, verse 18.

After a brief civil war, Omri became king of all the North, and he reigned for 12 years, doing evil in the Lord’s sight, verse 25.

He was then succeeded by his son, Ahab, who reigned 22 years, and verse 31,“as though it were not enough to follow the sinful example of Jeroboam,

Ahab married Jezebel, the daughter of King Ethbaal of the Sidonians, and he began to bow down in worship of Baal. […] He did more to provoke the anger of the LORD, the God of Israel, than any of the other kings of Israel before him.”

When we witness evil like this, we’re tempted to think that the Lord is distant and absent, and that justice will never come.

Yet he was present and active, even in the greatest injustice of all… the crucifixion of Jesus the Christ.

For as Peter preached at Pentecost, “God knew what would happen, and his prearranged plan was carried out when Jesus was betrayed. With the help of lawless Gentiles, you nailed him to a cross and killed him. But God released him from the horrors of death and raised him back to life, for death could not keep him in its grip.” (Acts 2:23-24)

Almighty and everliving God, we pray that you will lead the nations of the world in the ways of righteousness and peace, and guide their rulers in wisdom and justice for the tranquility and good of all. Grant that they may impartially administer justice, restrain wickedness and vice, and uphold integrity and truth. Grant this, Father, for Jesus Christ’s sake, our only mediator and advocate, who lives and reigns with you in the unity of the Holy Spirit, now and for ever. Amen. (AAPB, p.119-120).

Thank God that the Anglican Church in Nepal is growing fast. In 21 years, they have gone from having 3 Anglican churches to 92. At the church of Christ the Living Hope, Mulponi, 8 converts were recently baptised and another man who watched also gave his life to Christ. There is opposition, persecution, and Covid hardship.