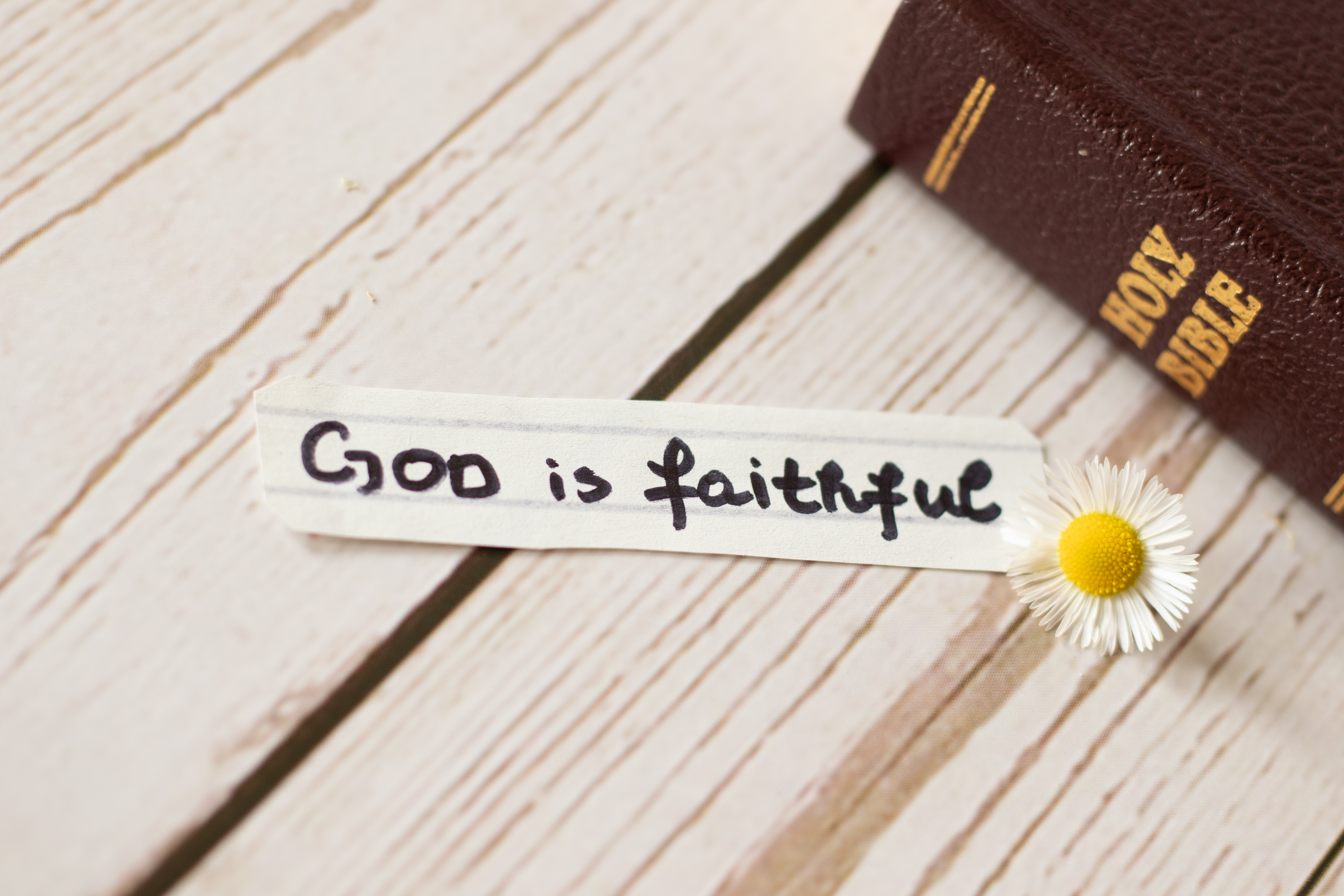 When things go wrong, we can be tempted to doubt God’s promises.

As we grieve the deaths from Covid-19, we might ask where God is and what he’s doing.

This question also springs to mind as we look at God’s rulers in 1 Kings chapter 15.

We begin, verse 1, reading that, “Abijam began to rule over Judah in the eighteenth year of Jeroboam’s reign in Israel.”

As we see throughout this and the next chapter, the dating of the southern king of Judah is related to the date of the northern king of Israel, because the two, really, are supposed to be together, not separated.

But Abijam was another bad king, verse 3: “He committed the same sins as his father before him, and he was not faithful to the LORD his God, as his ancestor David had been.”

For a king in Jerusalem, they had one job: be faithful to the Lord.

But, he wasn’t… and to rub it in, he’s compared to King David, the benchmark for all of God’s kings.

And that’s because even though David sinned, he came to the Lord for mercy, and the Lord washed him whiter than snow.

But King David was even more special to the Lord because the Lord promised him an everlasting kingdom… and that promise is still true, even through the mess of Abijam, verse 4, “But for David’s sake, the LORD his God allowed his descendants to continue ruling, shining like a lamp, and he gave Abijam a son to rule after him in Jerusalem.”

Because of his promises to King David, the Lord kept the kingly line going, a rule that would shine like a lamp in a dark world.

But then, after three calendar years, Abijam died… and his son Asa took over, verse 10, and he reigned forty-one years.

That’s longer than David, Solomon, Rehoboam, and even Jeroboam in the North.

Might he be the one who will fulfil the promise the Lord made to David?

Well, it looks promising, verse 11, for, “Asa did what was pleasing in the LORD’s sight, as his ancestor David had done.”

What’s more, verse 12, “He banished the male and female shrine prostitutes from the land and got rid of all the idols his ancestors had made.”

We also read that stopped his grandmother being queen mother because she wouldn’t let go of the pagan religion, verse 13.

He was prepared to cause pain in his family in order to serve the Lord faithfully.

Getting rid of false religion and idols can be very costly, but that’s what we must do if we wish to truly follow the Lord.

Well, things were fairly good under King Asa, except, verse 16, “King Baasha of Israel invaded Judah and fortified Ramah in order to prevent anyone from entering or leaving King Asa’s territory in Judah.”

The king in the North has now crept over into the South, and he’s not only invaded the place, he’s also made a blockade.

But instead of going into the Temple to ask the Lord for help, King Asa chooses to remove all the treasures from the Temple in order to bribe a pagan king to break his covenant with King Baasha of Israel, verses 18 and 19.

Clearly this king isn’t going to be the next, great king, is he?

And so God’s people would have to be very patient.

But God’s good promises were worth the patience, as we hear in the words of Zechariah, father of John the Baptist, in Luke chapter 1 verse 68: “Praise the

Lord, the God of Israel, because he has visited and redeemed his people. He has sent us a mighty Saviour from the royal line of his servant David, just as he promised through his holy prophets long ago.”

It was a perfect promise, and it was worth waiting for.

And that’s true of every promise God has made, so don’t lose heart.

God our Father, you have prepared for those who love you such good things as pass our understanding: pour into our hearts such love towards you, that we, loving you above all things, may obtain your promises which exceed all that we can desire; through Jesus Christ our Lord. Amen. (BCP, Trinity 6).

Dana and Damaris Craft are part of the Gafcon Church Planting Network. They have planted a church in Guatemala City, in zone 3 of the dump site. Their team is also involved in caring for people in the community and running a community school. Covid-19 is rife and significant numbers of the team are infected. Pray for the Lord's provision: strength; protection; faith; patience; guidance.