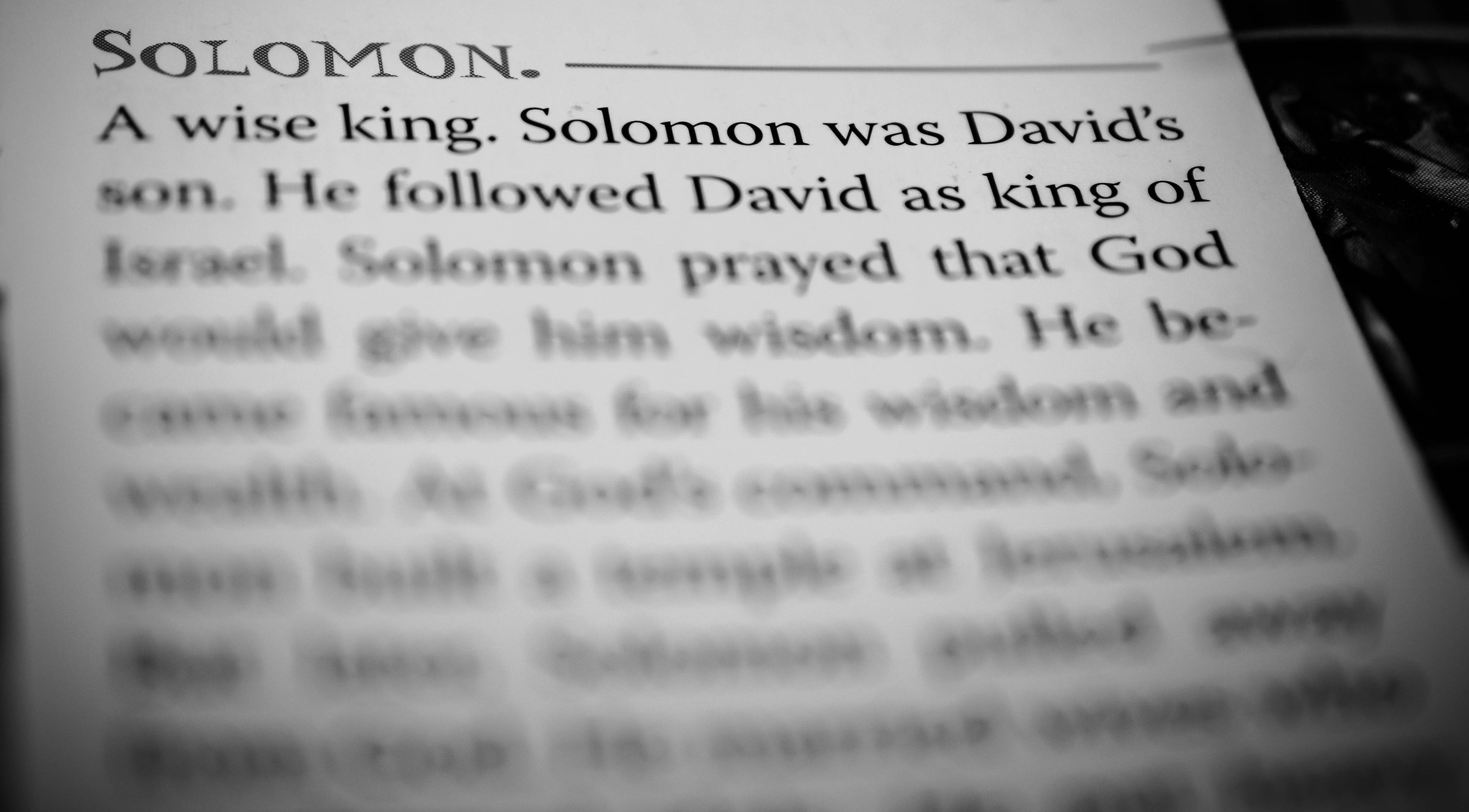 What should a leader of God’s people be like?

As we’ve been reading 1 Kings each day, we’ve seen the successes and failures of God’s kings, and it’s helped us recognise what is most needed in his messiah.

This whole experience helps us understand why Jesus is the perfect king of Israel.
In chapter 12, Solomon has died and now his son, Rehoboam, gathers with “all Israel”, who wish to make him king, verse 1.
Strangely, they do this “in Shechem”, not in Jerusalem, which shows us that this group has already started to break away to begin to form the northern kingdom.

Then in verse 2 we also see Jeroboam, who in the previous chapter was told he’d get ten bits of the kingdom, as he was given ten pieces of the cloak of the prophet.

Jeroboam is summoned by the leaders of Israel to meet with them, as well as Solomon’s son, Rehoboam, verse 3.
They know that Jeroboam stood up to Solomon in the past… and maybe he might stand up to Rehoboam, now.
So they say to Rehoboam, verse 4, “Your father put a heavy yoke on us, but now lighten the harsh labour and the heavy yoke he put on us, and we will serve you.” (NIV11)

They had been victims of Solomon’s forced labour, which was a burden to them, like the yoke placed on a working animal.
This messiah, King Solomon, put a heavy yoke on his subjects so he could build his kingdom.
In his commentary, John Woodhouse draws a parallel with Jesus’ words, where he suggests that, “many years later, Jesus may have had this very incident in mind”.

He refers us to Matthew chapter 11, verses 28 to 30, where Jesus said, “Come to me, all of you who are weary and carry heavy burdens, and I will give you rest. Take my yoke upon you. Let me teach you, because I am humble and gentle at heart, and you will find rest for your souls. For my yoke is easy to bear, and the burden I give you is light.”

This is a beautiful picture of what God’s king should be like.
A real king is a servant, who loves his subjects so much that he would bring them blessings without cost.
This is what King Jesus brought, but Solomon never could.
And so we wonder whether Rehoboam will rule like Solomon, or like Jesus?

When Rehoboam asked for advice, he was told, verse 7,“If you are willing to be a servant to these people today and give them a favourable answer, they will always be your loyal subjects.”

They told him to be a servant king, who would rule by serving.
But instead, he told the people, verse 14b, “My father laid heavy burdens on you, but I’m going to make them even heavier!”
And this is how the people reacted, verse 16a: When all Israel realised that the king had refused to listen to them, they responded, “Down with the dynasty of David! We have no interest in the son of Jesse.”

The northern tribes made Jeroboam their king, and Rehoboam would rule only Judah, in the south.
And before long, Jeroboam led the northern tribes away from the Lord, making two gold calves for them to worship, saying verse 28b: “It is too much trouble for you to worship in Jerusalem. Look, Israel, these are the gods who brought you out of Egypt!”

The king of the North makes the same mistake as the Israelites when they wandered in the desert after leaving Egypt.
If only Solomon’s son chose to be a servant king, then the northern kingdom would have been led to worship the true God, in the true way, in Jerusalem.
And praise God that Solomon’s descendant, Jesus the true Messiah, came not to be served but to serve, and to give his life as a ransom for many.

Comfort and heal, merciful Lord, all who are in sorrow, need, sickness, or any other trouble. Give them a firm trust in your goodness; help those who minister to them; and bring us all into the joy of your salvation. Father, hear our prayer, through Jesus Christ our Lord. (AAPB p.141).

In Valparaiso Diocese, the Anglican Church in Chile, they are starting an enquirers group called 'A coffee with Jesus'. This is a new venture with a relaxed environment for questions and looking at Mark's Gospel. Pray for a good attendance and for the work of the Holy Spirit in people's lives.