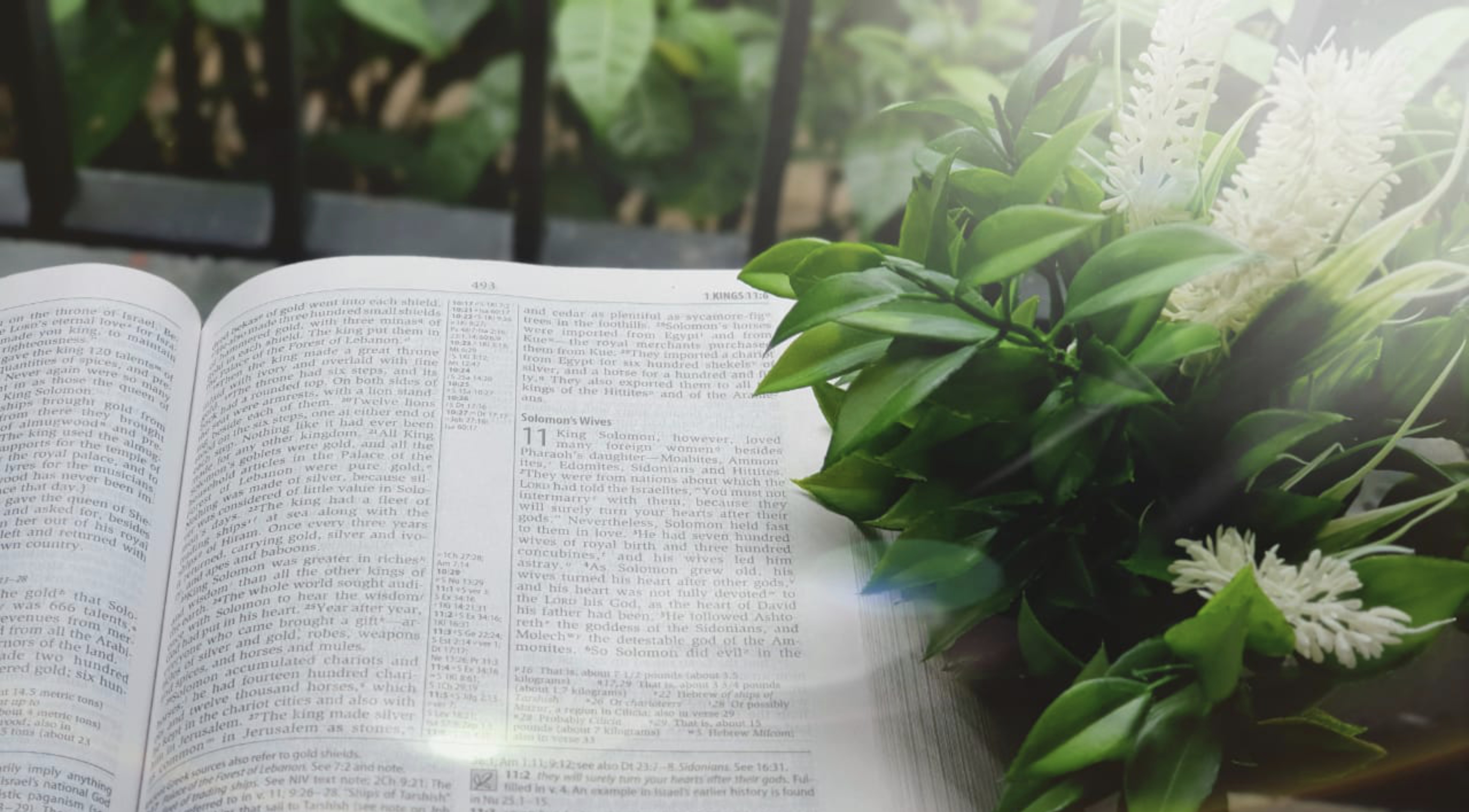 It’s tragic when a person falls away from following Jesus.

It’s even worse when that person was once a Christian pastor.

His or her apostasy doesn’t just affect them, but it can also bring others down, too.

In the first ten chapters of 1 Kings we’ve seen the spectacular rise of King Solomon.

Today, in chapter 11, we see his tragic demise.

So what went wrong?

In verse 1 we read that, “King Solomon loved many foreign women. Besides Pharaoh’s daughter, he married women from Moab, Ammon, Edom, Sidon, and from among the Hittites.” (1 Kings 11:1)

These women were from amongst the ‘who’s who’ of God’s enemies.

And it was blatantly disobedient, verse 2: “The LORD had clearly instructed the people of Israel, “You must not marry them, because they will turn your hearts to their gods.” Yet Solomon insisted on loving them anyway.”

A thousand spouses to lead him astray from the Lord God.

And tragically, the Bible says in verse 3b, “And in fact, they did turn his heart away from the LORD.”

The great king of Israel fell away, verse 4: “In Solomon’s old age, they turned his heart to worship other gods instead of being completely faithful to the LORD his God, as his father, David, had been.”

Like an adulterous husband, King Solomon had affairs with other gods.

In verse 4 his sin is compared to David’s life, who we’re told was “completely faithful to the Lord.”

Well, we know that David sinned awfully, but we also know that he truly confessed his sin, and the Lord completely forgave him and even forgot the sin.

What a beautiful reminder of the overwhelming forgiveness that the Lord gives to those who truly repent and believe the gospel of our Lord Jesus Christ.
But in contrast we read, verse 9, that, “The LORD was very angry with Solomon, for his heart had turned away from the LORD, the God of Israel, who had appeared to him twice.”

This deliberate disobedience would bring about the Lord’s judgement, verse 11, “So now the LORD said to him, “Since you have not kept my covenant and have disobeyed my decrees, I will surely tear the kingdom away from you and give it to one of your servants.”

The Lord could not put up with that blatant apostasy, and Solomon could not be allowed to get away with that abuse of God.

Because of this, the Lord raised up three men to carry out his judgement, the third of whom was Jeroboam, one of Solomon’s key workers.

The Lord had planned that Jeroboam would become king of ten of the twelve parts of the kingdom of God, which he revealed through the enacted parable of the prophet Ahijah’s ripped cloak, in verse 31.

God’s people would be divided, and Jeroboam would be the king of what would become the northern tribes of Israel.

Yet, God will keep his promises, verse 32, “But I will leave him one tribe for the sake of my servant David and for the sake of Jerusalem, which I have chosen out of all the tribes of Israel.”

For the sake of David… or in other words, because he promised David.

The Lord never breaks his promises.

God was faithful to the kings of his kingdom… and because of that, he remains faithful to us and the promises made to us in the king of kings, Jesus Christ.

God our Father, you pardon and absolve all who truly repent and believe the holy gospel of our Lord Jesus Christ. Grant us true repentance, and your Holy Spirit, that what we do now may please you, and that the rest of our life may be pure and holy, so that at the last we may come to your eternal joy; through Jesus Christ our Lord. Amen. (Based on the Absolution, Morning Prayer, AAPB).

Six weeks ago, we prayed for the portable Bible schools in Goma diocese, DR Congo. Joseph Rusangiza reports from the Archdeaconry of Binza. They recently had a graduation ceremony, and 42 evangelists were presented with their certificate. We prayed that each may have a Bible and the Lord provided for this. However, the supply of Bibles is nearly finished. Please continue to pray that each evangelist may have his or her own Bible.