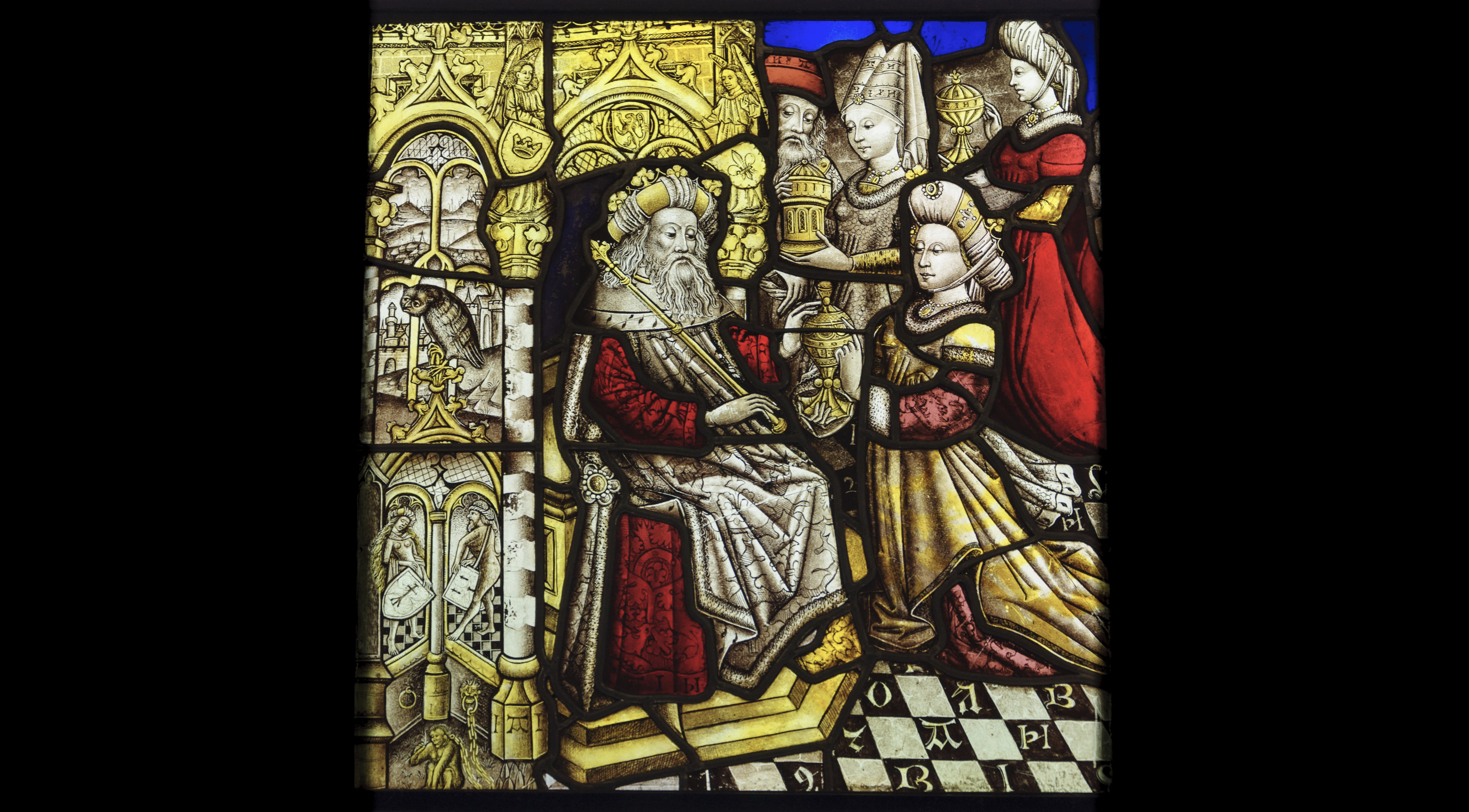 Ever since Cinderella there have been remarkable stories of nobodies becoming world-famous somebodies.
Before King David, Jerusalem was an unknown little town in the middle of nowhere, but under King Solomon, it became a global hub of wealth and wisdom.

Nowhere more is this seen than the fascination in Solomon and Jerusalem by the Queen of Sheba, in chapter 10 of 1 Kings.
In the first verse we read that, “When the queen of Sheba heard of Solomon’s fame, which brought honour to the name of the LORD, she came to test him with hard questions.”

Solomon’s wealth and wisdom, and the spectacle of the amazing Jerusalem temple, were enough to entice a queen from afar to journey to Israel, for we read in verse 2 that “She arrived in Jerusalem with a large group of attendants and a great caravan of camels loaded with spices, large quantities of gold, and precious jewels. When she met with Solomon, she talked with him about everything she had on her mind."

More than anything, she longed to talk with the wildly-wise man, Solomon, about things that really mattered.

She had wealth and power, but above all, she longed to understand the world the way that Solomon saw it.

And he didn’t disappoint, verse 3: “Solomon had answers for all her questions; nothing was too hard for the king to explain to her.”

She was amazed by what he said and what she saw, which led her to recognise that living in the light of the wisdom of the Lord was the best life, ever, verse 8: “How happy your people must be! What a privilege for your officials to stand here day after day, listening to your wisdom!”

Yet whilst she could have worshipped King Solomon, she wisely recognised the fount of his wisdom sprang from his Lord, and so this foreign monarch praised Solomon’s God, verse 9: “Praise the LORD your God, who delights in you and has placed you on the throne of Israel. Because of the LORD’s eternal love for Israel, he has made you king so you can rule with justice and righteousness.”

It’s hard to imagine that little Jerusalem, the city of David, was now a super-power.

It’s incredible that foreign monarchs would travel for weeks to visit the Temple and the Palace, to just listen to the wisdom of God’s king.

Yet, what the Queen of Sheba did is what Solomon’s father, David, prayed would happen, in Psalm 72, verse 15: “Long live the king! May the gold of Sheba be given to him. May the people always pray for him and bless him all day long.”

Yet, Solomon was not God’s perfect king, for the cracks that have already started to show would eventually develop into complete disaster.
But in this moment when the Queen of Sheba travelled from afar to praise the name of God’s king, we see how the world should react to the Messiah.
All nations should come to God’s king and worship him.

It’s what was spoken of years later by Isaiah the prophet, as he looked to the coming of the ultimate king, chapter 60, verse 3, and 6: “All nations will come to your light; mighty kings will come to see your radiance. […] The people of Sheba will bring gold and frankincense and will come worshiping the LORD.”
This ultimately came true when wise men came from foreign lands to worship the newborn king of the Jews, Jesus of Nazareth.

Solomon gave us a glimpse of what a truly wise Messiah would be like, but it was only with the birth of Jesus in Bethlehem that God gave us the king who would never disappoint.

O Lord, our God, be gracious to us and bless us and make your face shine upon us, that your ways may be known on earth, your liberating power among all nations. Let the peoples praise you O God, let the nations be glad and sing, for you judge the peoples with integrity and govern the nations upon earth. (Psalm 67:1-4 AAPB).

The Gafcon devotions this month are from the book of 1 Kings and are led by Rev Jodie McNeil. Thank God for his Word, for these narratives of the highs and lows of the kings, and for pointing us to the true king of God's kingdom.