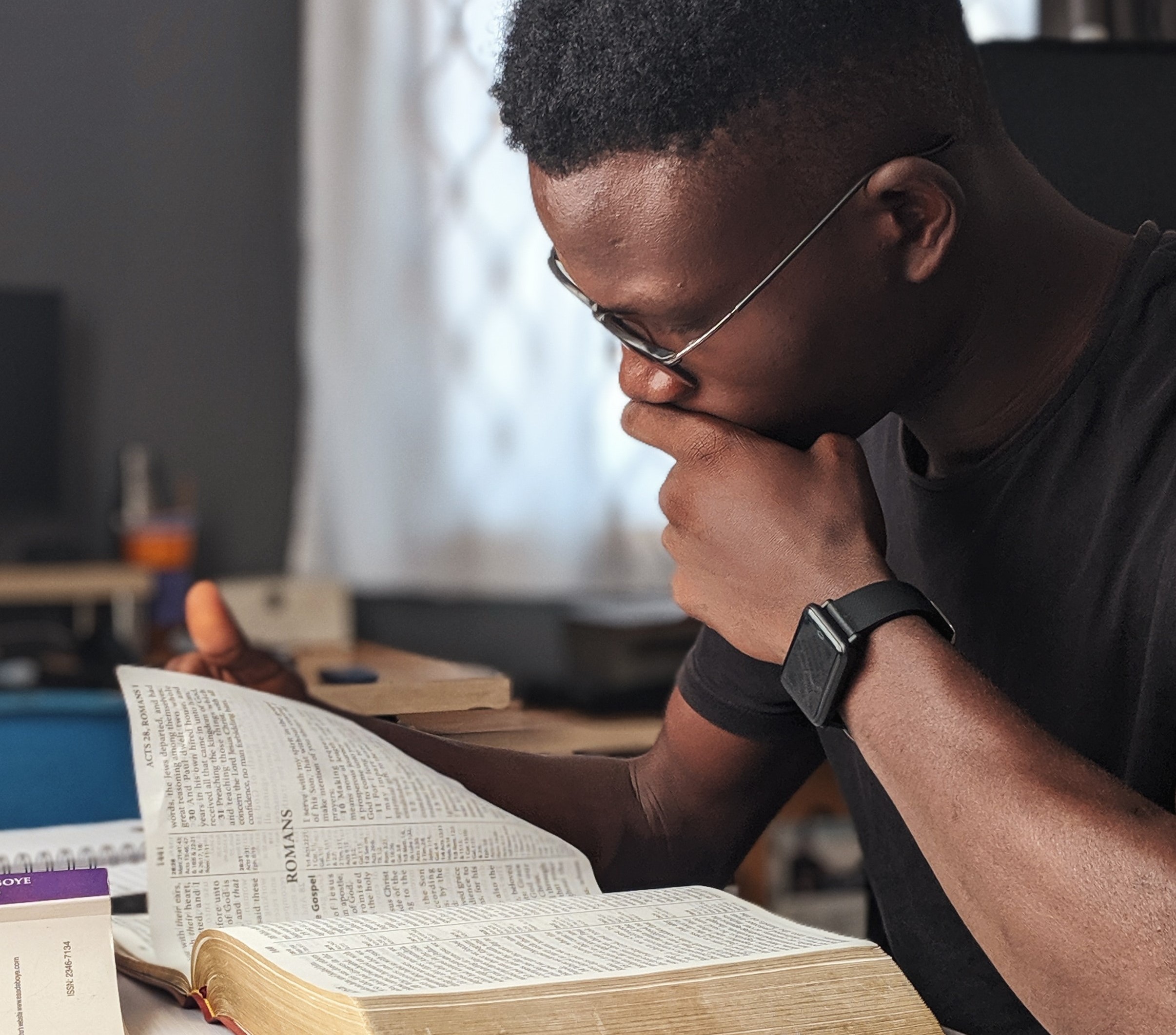 We met a young local missionary at one of the theological colleges we served in. He had done some basic training but after a few years in the field, he encountered different teachings that confused him, and he felt the need to study the Bible further. When he mentioned this to his supporting agency, his funding was withdrawn because the organisation maintained that those who have the Spirit have no need to be taught. Nonetheless, the missionary decided to come to college without support. He volunteered to work in the library where he could earn his fees and at the same time read, and help others to read, the good theological books available there.

Our student knew the value of growing in the knowledge of the truth to the extent that he was prepared to sacrifice his mission support and work his way through college. The problem was that his mission organisation had interpreted v.27 “you have no need that anyone should teach you” to mean that Christians do not need to study the word. In this section, we will see that John really means the opposite.

In v.24, John reminds the church to let the teaching which they “heard from the beginning” abide (remain) in them. What was this teaching? John has already laid it out in 1 John 1: 1-3. It is the testimony of the Apostles to the life and work of Jesus, the Son of God who became human, shed his blood for us and rose again to bring us eternal life in fellowship with the Father. This, John argues, is the truth. Those who believe it, live by it, continue in it, and receive the promised eternal life (v.25). As Calvin notes, “Here is the fruit of perseverance, that they in whom God’s truth remains, remain in God” (p. 198).

Why is John writing these things? He states his purpose clearly, “I write these things to you about those who are trying to deceive you” (v.26). The false teachers who have gone out of the fellowship (1 John 2:19) are continuing to exert pressure on those who have remained. They appear to be trying to persuade the church that Jesus Christ is not the promised Messiah (1 John 2: 23), that people do not need to come to him for cleansing from sin (1 John 1:8-10) and that there are no ethical consequences to faith (1 John 2: 9-11).

Instead, in v. 27, John urges the church to abide in the apostolic teaching that they have already received, and which has brought them into living fellowship with the Father. He points out that they do not need any other “teachings” because the Spirit of God within them bears witness to the truth about Jesus Christ. As they have already been taught the truth, he urges them to continue believing it. This will require study of the word of God.
There is a good reason for remaining in the truth. Jesus Christ will come again and when he “appears” (v. 28) in judgement, those who have held on to the truth will not be ashamed but will face him confidently.  Unlike the false teachers and their followers.

John then reminds the church how they can be sure that they are abiding in the truth. Those who “practice righteousness” show that they are “born of him” (v.29). Those who are unrighteous, are not.
Let us today consider whether we are abiding in the truth of Christ. If we abide in him, we can be confident that we are born of God and one day will be with him forever. To reject the truth, however, is to “shrink from him in shame at his coming.”

“Already you are clean because of the word I have spoken to you. Abide in me and I in you.” John 15:3-4.
Almighty God, Father of our Lord Jesus Christ, we thank you for the promise that those who abide in your Son receive the promise of eternal life. Help us to abide in the truth so that we will have confidence on the day that our Lord Jesus returns.
Forgive us for times when we have doubted or listened to other teachings. Thank you for giving us your Spirit who bears witness to the truth that Jesus Christ is indeed the Son of God.
In the name of Jesus,
Amen.

Last month we prayed for a new microfinance project in Yei Diocese, South Sudan. Thank God it is now up and running and pray for it to bring blessings to the families and community.