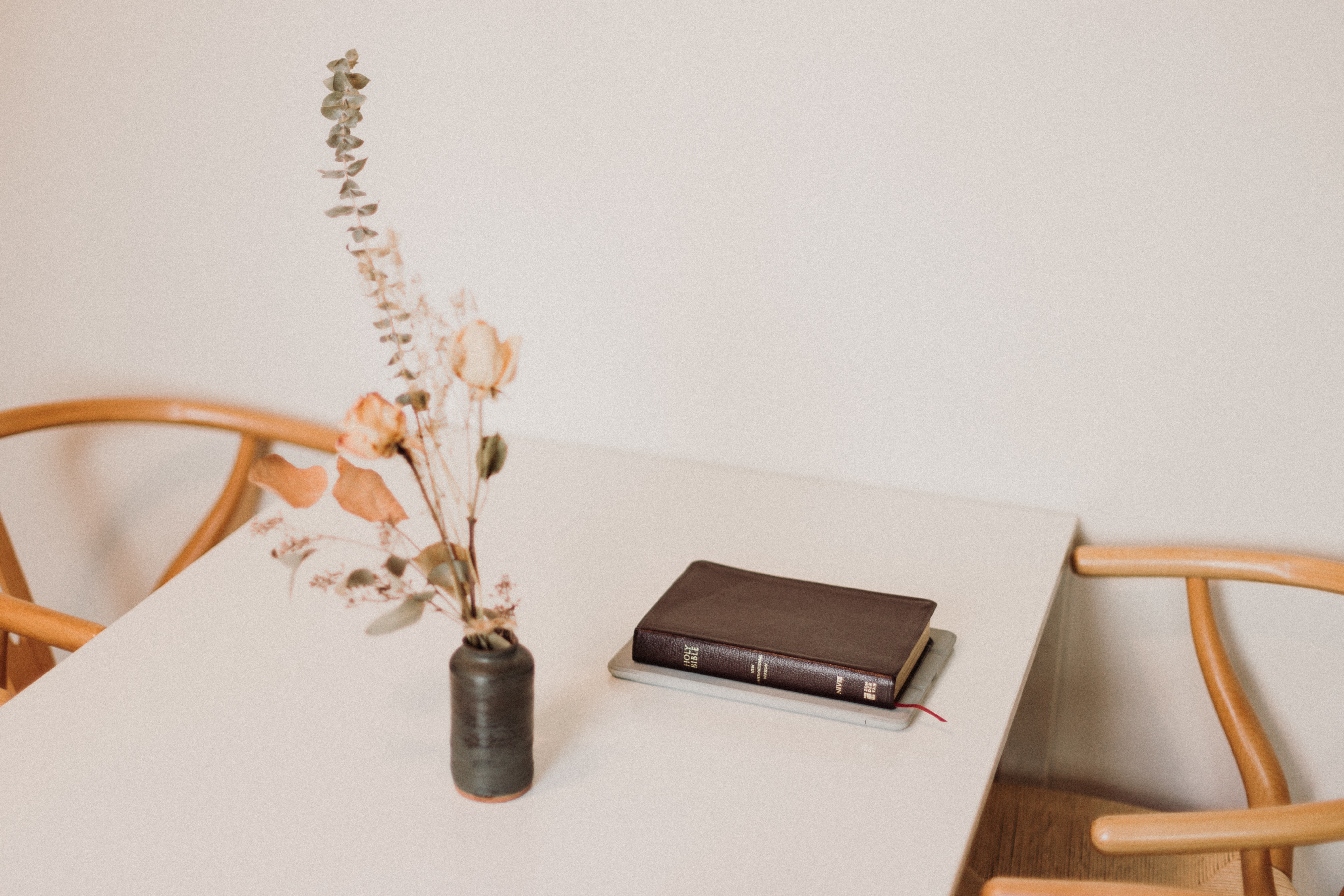 The Harmattan is a dry wind that blows fine sand dust from the Sahara Desert across West Africa during the dry winter months. It reduces the visibility in the whole region. When we were teaching at a theological college in northern Nigeria, the Harmattan would sometimes be so dense that we could not see more than a few metres in front of our door. When someone entered the compound, we would initially not be able to recognise them. An eery shape would appear in the mist, looking like a tree or bush. As it walked closer towards the door, we would begin to see a vague human shape that gradually became more distinct until, a few metres from our door, we could see the student’s face clearly and hear their voice ring out. We would then respond joyfully and announce to the household that we had recognised the visitor who had come.

The opening verses of John’s sermon-letter to the church calls us to the recognition of the person of Jesus Christ in a similar manner. In v.1 the figure John introduces is initially hidden from sight.  The opening statement, “That which was from the beginning,” is an objective way of referring to Jesus Christ, without naming him. The listener is not sure what to expect. There is an element of mystery surrounding the person of Christ. He is the hitherto unknown word of God, who existed with the Father and Holy Spirit in eternity and who was present and active in the creation of the world (John 1:1-3). Yet, he is also the one who the Apostles had heard and seen and contemplated and even touched on earth both during the time of his ministry on earth and during his post-resurrection appearances to his disciples (John 20-21). In one verse, John has introduced the concept of one who is both God and human.

By the end of v.1, John gives a clue that the indistinct figure is the “word of life.” As the “word” he is the message from the Father and as the “life”, he is the one who imparts life. Indeed, death could not hold him for life is of his very essence.

Calvin writes, “If we consider how miserable and horrible a condition death is, and also what is the kingdom and glory of immortality, we shall perceive that there is something here more magnificent than what can be expressed in any words.” (p.157).

For John, the key to understanding Jesus Christ is found in the full revelation of this life in the incarnation and the resurrection. The word for revelation, translated as “manifested”, is repeated twice in v.2. It is the same word that John uses in his Gospel for Jesus’ revelation to his disciples after the resurrection (John 21:1&14). As the verse progresses and the image becomes clearer, we learn that this is indeed the “eternal life” that was with the Father in eternity and has now been made known on earth.

As we walk with John through this sermon-letter and hear his witness to the Son of God, we too are called to bear testimony by proclaiming Jesus, the “eternal life” who became human, died, and rose from the dead. In whom we, and all humanity, find life.

As it is written, “How beautiful are the feet of those who preach the good news” (Rom 10:15).
Heavenly Father, grant that this day, we to whom Christ has been revealed, might like the Apostles proclaim the eternal life, who was with the Father and has been revealed to us.
In the name of Jesus Christ our Lord.
Amen

The civil war in Ethiopia in the Tigray region has caused a famine situation. One refugee camp in Mekelle, Ethiopia, is being supported by the Anglican Relief Development Fund (U.S.) through their partner on the ground, Rev. Dr. Gidey Seyoum Halibo. Thank God that this help is possible; pray for the ministry of Rev Giday, and for refugees to respond to the gospel. There is currently a ceasefire. Pray this will hold and famine can still be averted.