The Power of the Laity 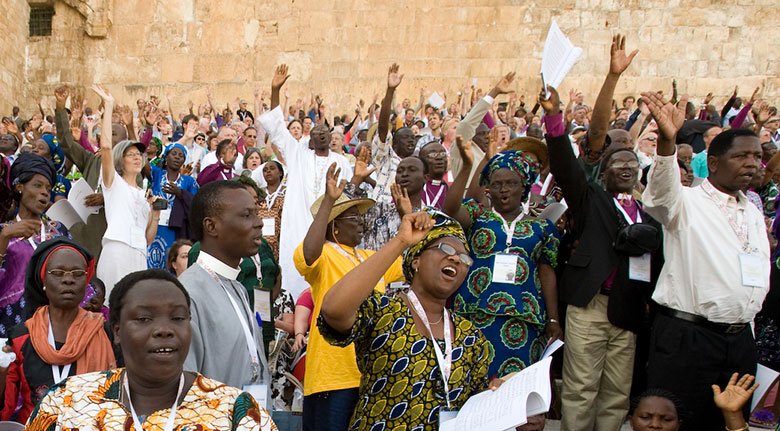 It’s odd.  Sometimes you would think that the church is the business of the clergy only, and the laity count for little or nothing.

Of course, earlier generations even used language (‘going into the church’ when they meant entering the ministry) which betrayed such a way of thinking.  As well, the services of decades ago were entirely conducted by the clergy with little or no lay participation, at least in my part of the world.

But, for many decades now there has been a recognition that ‘God’s Frozen People’ (to use the title of a popular book from the 1960s) needed to be unfrozen and the opportunities for public ministry have grown enormously. The biblical teaching that the church is the Body of Christ has become central to our way of thinking and the gifts of God’s people recognised, at least in theory.

Of course this is consistent with Anglicanism since the Reformation.  The Bible then became a gift to the whole church, and people were encouraged to listen to it in their own language, to own it, to read it aloud to their families.  When it comes to the Scriptures, we are meant to, ‘hear them, read, mark, learn and inwardly digest them’ as the Collect for the Second Sunday in Advent says. Inherent in the idea of getting people to hear and read the Bible is a view that we are all accountable for what we read and how we respond to the Lordship of Christ.

It is significant that when the Apostle Paul speaks directly to the Church in Corinth about the way in which various patterns of behaviour were inconsistent with the gospel, he does not address the ministers of the church, but the church itself, every member of it.  1 Corinthians is not a note from the bishop to ‘his’ clergy, an ad clerum.  Paul regards the discipline and the obedience of the church to be the responsibility of all.

Now don’t get me wrong.  I am a bishop myself and I believe in due order and responsibility.  But I also recognise that all the members of the church, have an ultimate responsibility under God for the spiritual and theological well-being of their church. Essentially, they are not to support false teaching or false teachers and they are to know the truth and to test what they see and hear by it (see 2 Peter 2, for example).

This obligation has become increasingly important. One of the things that is constantly being said is that although many clergy are clear on the authority of the Bible and its teaching on sexual ethics, they will not be able to carry their congregations with them.  If this is true, it is a summons to committed Christians to support the clergy by insisting on the full, clear teaching of the Bible and accepting the consequences of taking a stand for that truth.

The spiritual maturity of the laity involves an understanding of their role and responsibilities.  Indeed, in a church led by bishops the lay voice is even more important.  Clergy are often beholden to bishops for their livelihood and prospects, and may feel inhibited about taking action or speaking out.  Laity have a special responsibility to speak and act with clarity, conviction and truth to bishops. A bishop is sometimes more inclined to listen to lay opinion than he is to the words of the clergy.

There is a danger that the present controversies about human sexuality will be portrayed as an arcane discussion between clergy perhaps even a political discussion.  As such, the laity can ignore these matters and give themselves energetically to the ministry of the local church as they do at the moment.

This would be a tragic mistake.  Wrong decisions on this matter will be the end of the church as a witness to the truth that is in Jesus Christ and will turn it into an ever declining religious club. Both clergy and laity must take responsibility to speak and live the truth and in particular to support those clergy who by speaking the truth of God’s Word will come under pressure to be silent.