The heart of GAFCON 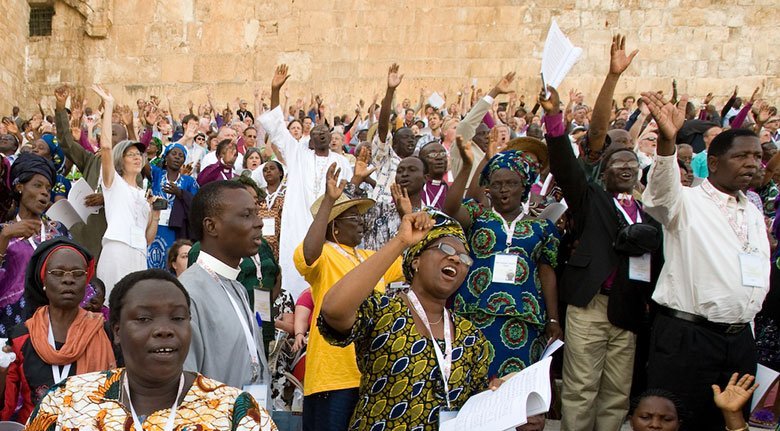 At the heart of GAFCON is communion.

When I became Archbishop of Sydney in 2001, I had a lot to learn. Even though I had been ordained for over thirty years by then, had lived in England for three years and had been the Principal of a theological College with students from many places in the world, there was so much that I did not know.

Two of the many things I had to discover through experience may sound strange and you may wonder where I had been all my life. But I suspect that many of us are in the same position.

Most of us live in our own world, seeking to serve the Lord where we are and not having much time or energy for the larger horizons. Of course we know that the Lord has left us his standing orders to make disciples of all nations. But for me this was a matter of supporting missionaries in prayer and giving.  From missionaries on furlough we heard about the church beyond our shores, but once again it was generally about the all-important work that they were doing as evangelists or pastors or medical people or teachers. In a sense, we learned more about the missionaries than about the countries in which they worked.

Becoming archbishop forced me to consider the churches great and small which had grown up as a result of mission, and then the context, cultural and national, in which these churches existed. Our first guest was Archbishop Gitari of Kenya, an eye opening experience, not least when I began to hear something of the perils he had faced.

As we accommodated more and more visitors, from South East Asia, from Myanmar, from South America and North America, from the UK, from Sudan, from Melanesia, from Fiji, from Nigeria, from South Africa…the list goes on…so I came to see the extent of the Anglican Church, its numerical significance and its crucial role in so many of the nations of the Global South in particular. I began to see that the connectedness of the Anglican churches really meant something very positive indeed.

It took my visitors and the trips I made to their countries to grasp the significance of it all. In a sense, in my homeland, and I suspect in much of the Global North, the Communion hardly matters. We have been self-sufficient for so long. But when you heard from others about the deep practical and spiritual significance of being connected to a world-wide movement, you began to see how the Lord himself was in these fellowship connections and how they were being used for his glory.

If an Anglican church in the North were to divide, the result is traumatising and horrible. But, if an Anglican church in a Global South country were to divide, the results could be catastrophic not just for the church but for the nation and especially the poor. And what helps the churches to retain their identity and unity is – or was – the Anglican Communion.

I say ‘was’, because, as we are well aware, for parts of the church of the global north, schism has been the result of a serious drift from orthodoxy. The choice has been made to capitulate to the world and embrace its teaching despite the hurt it has done to the communion of the churches.  And that hurt goes both ways as the old churches of the north decline, they will need more and more the churches of the south with their vitality and enthusiasm.

And what about bishops? Anglicans are an episcopal church. In the structure we have inherited the bishop plays a key representative role, representing the Diocese across the national and then the global church. In many ways the fellowship of the communion travels with the bishop. Whereas the role of the bishop has diminished somewhat in the Global North, the Global South bishops tend to be like the bishops of the ancient church: missionaries, evangelists, pastors, carers, administrators, educators, builders.

I am not in any way suggesting that bishops alone matter. From its inception, unlike the Lambeth Conference, GAFCON has deliberately included clergy and laity, men and women in its ranks. It is only to say that there has developed a unique episcopal role which can be used by God to create, guard and sustain communion.

Which brings me back to the heart of GAFCON and two experiences.

The first was at a GAFCON meeting in London in 2012, where I asked a Nigerian bishop how he was enjoying the conference. ‘I am enjoying it,’ he said, ‘for now we know we are not alone.’

And the second was at GAFCON 2013 in Nairobi. As I saw and heard from and interacted with the vast crowd of Anglicans from so many countries, I could not help exclaiming, ‘this is the Anglican Communion having communion!’

So it seemed to me then and it seemed to have the power of God upon it.  So it is now as through GAFCON the Anglican Communion can be what it was designed to be – a fellowship of many different peoples united in the truth of God’s Word.