Slipping into the slumber of the spirit 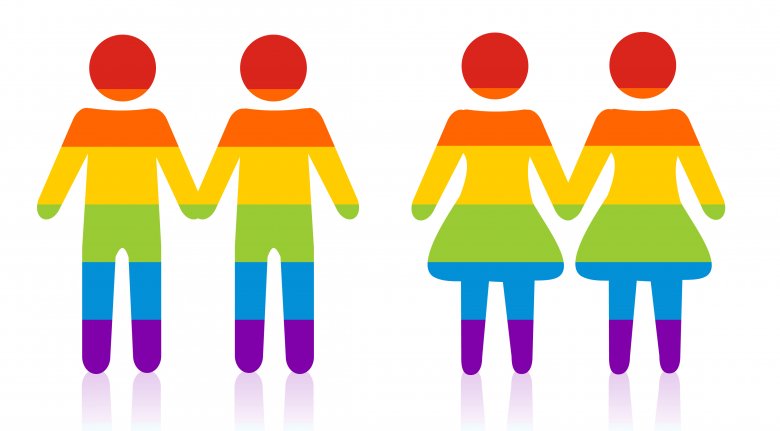 Very strange? Well, the argument in favour goes like this:

Marriage between two people of the same sex cannot be blessed from a Christian perspective. It simply cannot be made to fit with the Biblical teaching on marriage, whether from the point of view of explicit wording (‘a man shall leave father and mother and cleave to his wife’), or its symbolic significance (Christ and his Bride the Church), or from the point of view of the sexual, bodily consummation possible between the sexes (‘the two shall become one flesh’), or from the end of marriage in the gift of children (‘be fruitful and multiply’).

What, however, is to happen to those who, through no choice of their own, are attracted to a member of the same sex? They cannot marry in the Church. But is there a valid way for them to express their love?

Clearly, permissiveness and licence are not Christian whether between heterosexual or homosexual people. We are not created to move between partners simply to satisfy our sexual urges. But what if two Christians of the same sex were to swear an allegiance to each other which mirrors marriage? What if they vowed and practised an exclusive, life-long but sexual commitment? Such a loving fidelity would have so much to commend it. Indeed, would this not be in line with God’s will for us? Would it not have discernibly good features and would it not be a model of what others could do, rather than engage in permissiveness? Can we not see God in this?

Is it true at last: all you need is love?

Recently, precisely this position was advocated by a prominent Christian leader. I suspect it will become the favoured ‘middle of the road’ argument in the next few years. Here ‘moderation’ will find its new voice. Here is the justification for running a marriage course which includes same sex couples. Here, too, the justification for supporting the practice of allowing same sex couples to adopt children, even though they are not married and cannot by definition provide the special nurture of a home in which both sexes are present.

But the biblical perspective makes this argument wrong.

We ought not to think that these boundaries are given to oppress us. God is in favour of sex in the right place, and he gives joy in its expression. The boundaries protect us; they give us wisdom as to what is best for our humanity. They are immensely important in an age where sex has become a divinity and those who do not have sex are regarded as deprived and eccentric. The return to paganism brought in by the sexual revolution of the 1960s, is not a return to the good. The harm it has done, from abortion to sexually transmitted diseases and relational hurt is horrendous. In many ways, the debts incurred are yet to be paid.

All you need is love? Is this the truth?

Love is, of course, the greatest of all virtues. But Christian love is not undiscriminating. Its wisdom is the law of God. Without love, the law becomes rigid and cruel. Without the law, love becomes mere sentiment. Even great misdeeds may be adorned with virtues such as courage, integrity, honesty, self-sacrifice and, yes, love itself. Thus an army bent on illegal destruction can be marked by love between the troops; an adulterous affair can be the scene of a deep and powerful love; love can commit suicide in order to be with a loved one at the end.

The argument I have outlined above, arguing that the church should give its approval to same-sex relationship of a certain type, sounds reasonable, sounds loving, sounds like the sort of compromise we should live with. It is comfortable Christianity, fit for the secular world.

Speaking personally, as I hear it in the mouth of those in leadership, it makes me weep. It turns Biblical virtues such as self-control into the act of fools.

What of those heroic Christians who have remained chaste all their lives, understanding that this is obedience to the word of God?  Are they fools?

What of those faithful Christians who have brought their children up, against the odds, to be chaste? Are they fools?

What of those quiet men and women of faith who work and testify in factories and offices amongst the unbelievers, upholding the traditional Christian ethic? Are they fools?

What of those leaders who have earned the sharp opprobrium of the paganised world for teaching that sex is for the marriage bed? Are they fools?

What about the Global South Christians who live in the midst of militant Islam and now find that the ones who brought them the Bible are no longer following the Bible?  Are they fools?

Already the churches of the West have abandoned their first love. Already they have moved to positions which even ten years ago many would have drawn back from in dismay. Here is the slumber of the spirit which leads to death.

When will the Church awake?