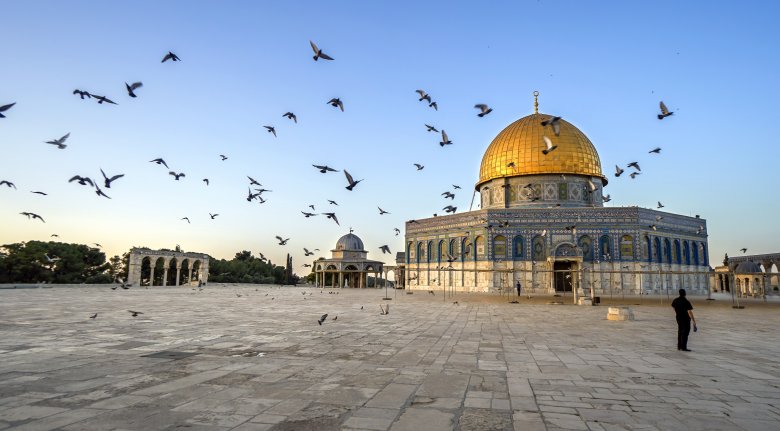 As I write, invitations to the next Global Anglican Future Conference are beginning to go out to people around the Anglican Communion. The first Jerusalem Conference occurred in 2008. The second was in Nairobi in 2013.

The Primates are summoning representatives from all around the Communion to Jerusalem in June 2018.

There are several striking things about this moment.

First, the name. The 2008 Conference was a totally new initiative. It looked forward – it is a Future Conference. The Communion of old had changed irrevocably with events in North America which denied both the clear teaching of the word of God and also the value of Christian unity and fellowship.  The Future Conference did not abandon the Communion: it looked to the future and saw what the Communion would have to become if it is to survive.

Second, the location. It was no accident that we were summoned to Jerusalem. Here was the scene of the Saviour’s death and resurrection. In Jerusalem, the Spirit came on the day of Pentecost and the Gospel was first preached. If we were looking and hoping for renewal and courage, symbolically there could be no better place than this. It took us back to our true roots.

Third, the participants. The key thing here is that not only bishops were invited, but clergy and laity, men and women, young and old. To have a future conference of bishops only would be a vote for the past. This was a new thing, a new day.

Both Nairobi and Jerusalem followed a similar pattern of listening to God’s word, worship, prayer, fellowship, learning, decision-making, sharing in common interest groups, growing together. There were some extraordinary plenaries, groups which grappled with the hard issues, moments of exuberance, moments of great solemnity, new friends made and hands reaching out in support and consolation. In each there was determination to preach the Gospel and to seek the renewal of the Church.

Over the years I have been a participant in many worthwhile conferences, some bigger some smaller than the two Future Conferences.

But both the Global Anglican Future Conferences have been in a class of their own. I suppose the sense of God at work was so evident. There was the significance of the events: these are not missionary conferences as such (though the spiritual needs of our world are never forgotten).

When the Future Conference meets, it does so in the knowledge that the biblical gospel which has been the very foundation of our Communion, is threatened from within, that the authority of God’s word has been challenged at a deep level from within the Communion itself.

A word of personal testimony if I may.

The Global Anglican Future Conferences have been for me moments of immense spiritual significance, unrivalled.  I have drawn such refreshment and spiritual encouragement from them. I can only describe them as the Anglican Communion enjoying the communion which God gives his people out of his mercy and grace.

If you have the privilege of being invited to attend, please do all you can to accept.

In any case, will you do all you can to focus on the Conference in your prayers?

Please ask that the Lord God almighty will manifest his presence and his blessing so that the world will hear the gospel message in all its truth and clarity. Please ask that through the Conference God’s people will be renewed and led by Christ the King through his word with the blessing of his Spirit.

Please pray that our Communion will know true unity around the word of God.