Is Gafcon the problem? 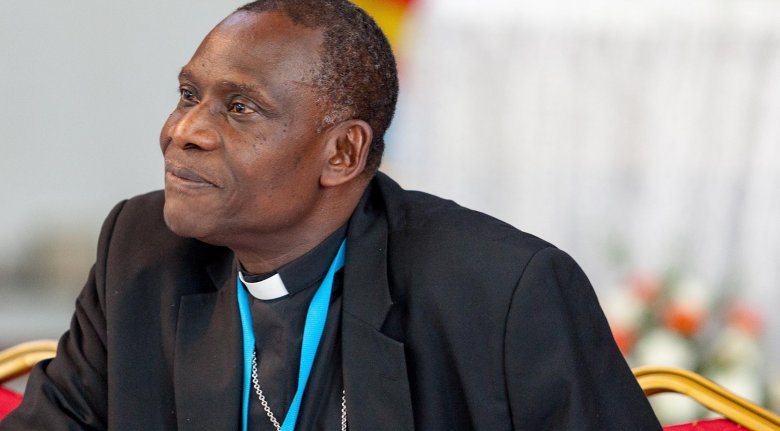 An interview with the Secretary General of the Anglican Communion, Archbishop Josiah Idowu-Fearon, was recently published as an article in the Church of Ireland Gazette. The newspaper’s website carried the audio of the interview in full here.

For a self-confessed Ambassador and reconciler, Archbishop Josiah Fearon uses some undiplomatic language. The frank expression of his views on the Anglican Communion and the sexuality debate, and his sweeping dismissal of GAFCON and African church leaders have caused considerable dismay.  However they reveal the thinking of the Anglican Communion Office and presumably those who endorse its leadership.

Central to the task facing him, as Archbishop Idowu-Fearon sees it, is to be an ambassador, calling for reconciliation. Christians and Muslims in Nigeria hate each other, and so do Anglicans from Africa and the West. The solution is to promote reconciliation by getting people to agree to reject confrontation, learn about the ‘other’, respect differences, and commit to peace.

He applies this to the Anglican conflict over sexuality by saying that disagreement is a given. There are different views within the same body. For the two ‘sides’ to insist on their point of view being accepted through the whole body and refuse to compromise, simply perpetuates conflict.

GAFCON, says the Archbishop, is not a movement of the Holy Spirit because it insists on its own way, causing division, rather than accepting that the church will never be perfect and being willing to work within the existing structures.

Asked about the Primates meeting in January which agreed to limit TEC’s role in Anglican Communion affairs, Archbishop Idowu-Fearon played this down, saying that such a restriction was not “legislative or mandatory”, that the Primates had agreed to ‘walk together’ that ‘where there is love there are no impossibilities’.
He speaks, he says, as a conservative, calling on his fellow conservatives not to abandon the church but to support each other within it even when the Church officially endorses sinful behavior.

The Archbishop went on to be extremely critical of his fellow church leaders from Africa, describing them as “un-Christlike”, “despotic” and corrupt like local traditional leaders and national politicians.  African Anglican Bishops criticize the West but do not admit their own problems, he said, and they are fighting a battle that is not theirs (Western ideas about sexuality) while neglecting important issues such as poverty and suffering of their people.

Why is the African church so exercised about the sexuality issue? Asked the interviewer. Is it because of wanting to distance the church from association with Western culture in order to reach out to Muslims? No, came the answer. The reason is that “conservatives from America have found a footing among African church leaders”, and they have introduced the strong opposition to homosexuality.

The interview closed with optimism about the prospect of another Lambeth Conference in 2020, and the Anglican Communion agreeing on some kind of re-negotiated Covenant allowing the different Provinces to relate to each other in partnership despite differences. The task of conservatives is to stay within the structures, not to stand back.

As we evaluate and critique the Secretary-General’s position on these matters it’s important to focus on the views themselves, representing those of the senior leadership of the Anglican Communion, rather than the person himself. In reverse order:

a) ‘African antagonism to homosexuality has been taught by American conservatives’. This is simply endorsing the narrative of Western LGBT activists who themselves have been campaigning to introduce their views into Africa with the powerful support of Western governments and even the UN. When they find resistance they assume it to come from the other side in their home culture war, as they cannot conceive of African leaders being able to think for themselves.

b) The harsh, blanket criticism of African church leaders (“unChristlike, despotic, corrupt”) is generalizing and inaccurate. While of course some Church leaders are like this in Africa as in other parts of the world, there are many godly men and women who lead sacrificially and wisely. To suggest that they focus on sexuality while neglecting issues of deprivation and suffering is, again, simply not true, and again appears to be repeating the views of liberal Westerners who have never seen the heroic work going on all over the continent by churches.

c)  The comment that “GAFCON is not a movement of the Holy Spirit” needs to be measured against the gracious forbearance shown by GAFCON leaders towards those with whom they disagreed at Canterbury in January 2016, and the wonderful unity displayed in the Cairo meeting of early October. Such an erroneous and harsh judgement of GAFCON sadly shows a determination not to reconcile with the movement, but to discredit it completely in the eyes of a Western audience. But GAFCON is a movement to hold the Anglican Communion together around the word of God, in line with the classical position of Anglicanism. It has not created schism, but has actually enabled loyal Anglicans to stay in the Communion. Following the teaching of God’s word, it refuses to have fellowship with those who have compromised the faith on matters of salvation.  They have abandoned Communion, not GAFCON. This is the true logic of being a ‘conservative’.

d) The emphasis on reconciliation between people holding different views, so that institutional unity must be preserved at all costs is at odds with the New Testament. According to Ephesians 2 and 3, people from warring human religious and cultural backgrounds, alike estranged from God, are brought together by repentance, faith in Christ and obedience to God’s word. There is then one church and one faith. Serious disagreement over core doctrines is not good diversity which can be managed by institutional control and re-organization, but a sign of serious sickness in the body. The answer, in the voice of true love, can only be renewal and reform by a return to Scripture. If we cannot call sin for what it is and preach repentance, we have abandoned love for others and indeed the gospel. The issue which gave birth to GAFCON is that important. GAFCON a not a political, but a theological and spiritual movement.

Let me finish on a personal note. Archbishop Fearon and I go back almost 20 years. I have valued his friendship and he has taught me a number of things which I continue to treasure.

He now occupies a highly significant role of service to the whole Anglican Communion.  In speaking as he has, he is more or less indicating that GAFCON is the problem for Communion. If one can become such a problem by believing and obeying the Bible and by reaching out in support of those Anglicans who had to break fellowship with those who have embraced an unscriptural life-style that endangers the gospel, so be it.

But let me say this. If more Western Bishops had immediately seen error for what it was, had identified it and had lovingly taken action seeking repentance, GAFCON would not have been needed. But, when the despised Global South Primates attended meeting after meeting in the period 2003 to 2007 and found that their entreaties and tears were to no avail, they knew that they had to take a stand for Christ and his word.  That is GAFCON.

And that is the inescapable crisis which this very day faces those who hold to the Apostolic faith within the Church of England.