Christ Jesus came into the world to save sinners 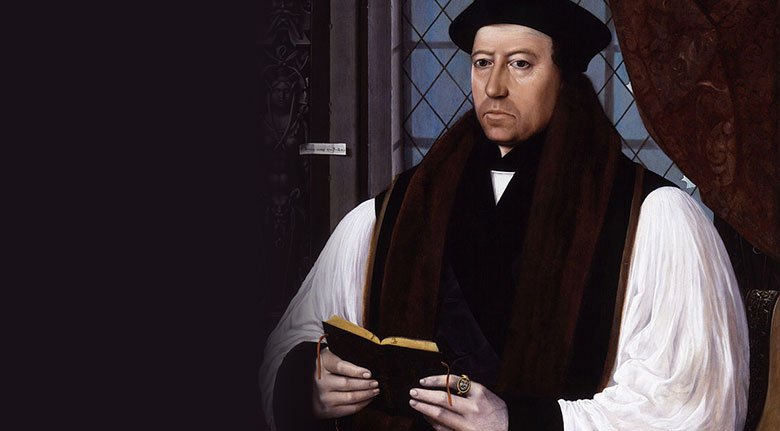 That simple statement from 1 Timothy 1:15 has always been one of my favourite Bible verses, for a number of reasons. Pre-eminently, though, it is because it conveys the heart of the gospel. It always reminds me of the picture the Lord Jesus himself gave of the shepherd who seeks the lost sheep until he finds it, lays it on his shoulders and brings it home safely.

Whatever else you may think about the Lord coming into the world, saving sinners was his chief aim and his death on the cross was the chief means.

Those of us brought up on the Book of Common Prayer will remember that 1 Timothy 1:15 is one of those precious ‘comfortable words’ which we hear in the context of confessing our sinfulness to the Lord. For our sins, amply revealed by the Law of God, leave us with nowhere to go. And yet, the Good Shepherd finds us.

This year we are especially remembering the Reformation, which shaped the Book of Common Prayer and hence the worship of Anglicans. As I pointed out in the first of these blogs, the Reformers, not least Thomas Cranmer, left us in no doubt of our spiritual bankruptcy and inability to save ourselves: ‘down peacock’s feathers, down proud heart, down vile clay’ as the Homily says.

But there is another moment in the Holy Communion service of the Prayer Book which is especially powerful. In the prayer of consecration, the death of Jesus is described as the ‘full, perfect, and sufficient sacrifice, oblation, and satisfaction for the sins of the whole world’.

The Reformers were all too aware of the way in which we humans smuggle self-justification into our thinking and practice. Having demolished such delusions, the Prayer Book makes clear not only that our sole hope is in Jesus, but that his death on the cross is the sole foundation of that hope. It is Christ and Christ alone who saves and you cannot add to the death of Jesus without subtracting from its power. As Paul also says, ‘the Son of God loved me and gave himself for me’ (Galatians 2:20).

One of the early martyrs of the English Reformation was Thomas Bilney. He had agonised over his sins, and nothing that his spiritual advisors suggested gave him peace. When he took the somewhat dangerous step of purchasing a Bible, it was 1 Timothy 1:15 which caught his eye and brought the flood of relief to his soul as he realised that although he could not save himself, or, rather, because he could not save himself, the Lord Jesus came to save him instead.

The story goes that he went and ‘confessed’ his sins to a priest named Hugh Latimer, telling him about the same verse and it was what brought the great preacher of the gospel of God’s grace to faith in Christ alone for his salvation. Latimer, too, was later a martyr for the cause of this gospel.

When we see frantic spiritual activity, it is not always the product of faith in the Saviour. It can be a way of self-assurance, a way of convincing yourself that God is not dead but alive and that you are in good standing with him. Indeed, in the contemporary church judged, for example, by its music, the cross of Christ is not really at the centre of people’s faith. It is more likely to be spirituality and even faith itself which is the focal point of worship.

But true faith, shaped by the word of God, never takes its eyes from the Lord Jesus as our own only hope in life and in death, and it lives at the foot of the cross as the only place where true assurance and true peace may be found. Of course this is not some quietistic doctrine leading to passivity – true assurance liberates us to please the Lord in all our ways. This is what the Prayer Book at the joyful end of the Communion service calls our true worship, our sacrifice of praise and thanksgiving.

Here is at the heart of our faith, and the rediscovery of it was one of the great gifts of the Reformation.