Back to Basics Part 6: Will You Stand With Us? 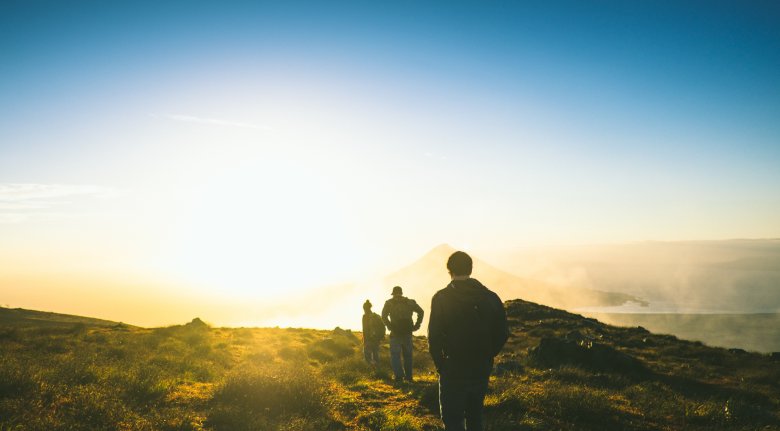 Our General Secretary, Dr Peter Jensen, has written a series of reflections following the January 2016 Primates Gathering on the fundamentals underpinning the basis of our faith. This is the last in that series of six thought leadership and teaching papers.

I invite you to support GAFCON. If you are already a supporter, please ask others to join also. Here are my reasons.

The need for the prophetic voice

No one wants to see an end to the Anglican Communion. That is why the Primates went to Canterbury.

Certainly the leaders of GAFCON are clear on this point.  They are not proposing to replace the Communion. They are dealing with schism, not provoking it.

Their insight has always been clear: since the institutional structures have failed to hold the fellowship together around the truth, the answer must be a spiritual one.

A prophetic voice is needed.

We need to join together to proclaim the gospel, teach the word, pray without ceasing, administer the sacraments and seek for repentance and renewal.  Through this we need to love and bless each other.  You can be part of this by being a supporter.

Twice I have had the privilege of being present at the large GAFCON meetings, first in Jerusalem in 2008 and second in Nairobi in 2013.

They were manifestly the works of the living God.  The experience of both was the same: it was the joy of the Anglican Communion having communion.  This was the reality which the institutional structures are meant to serve.  As gatherings, they were clearly based on the Word of God, they were marked by hope, faith and love, and they spoke with a clear voice about the Lordship of Christ.

The Jerusalem Statement and Declaration

Here is the prophetic voice.

In Nairobi, one of the chief themes was the East African Revival.  This was an extraordinary movement of the Spirit of God, staring in the 1930s, which continues to impact Christians in East Africa to this day.

Its particular call is that if we ‘walk in the light, as he is in the light, we have fellowship with one another, and the blood of Jesus his Son cleanses us from all sin’ (1 John 1:7). The emphasis on repentance, forgiveness and fellowship would alone have made it very relevant to the concerns of the conference.  But there was more.

I had not understood the significance of the Revival in two respects:

First that it was a call for the individual and the church to submit fully to the authority of God’s Word.

Second, that it was a summons, therefore, for Christians to turn their back decisively on the elements of the culture which had nurtured them, but which were against God’s Word. For too long, too many had been half Christians, compromised, living both in the darkness and the light. Now was the time for them to cease ‘limping between two different opinions’ as Elijah said, and serve the living God with all the heart.

I think all of us present could see the significance of this for our own situation.

Think again of the question of Elijah: ‘How long will you go limping between two different opinions?’ and think of his challenge: ‘If the Lord is God, follow him; but if Baal, then follow him.’ (1 Kings 18:21). This was no easy choice – the wealth, numbers, prestige, magic, spirituality and fashion of the day were all with Baal.  What would you have done?  This is where we walk in the light or in the darkness.

Let me speak very personally.  One of the most painful elements of the present crisis for me has been the lack of leadership in places from which one could have expected it.  I can understand TEC; her leadership make no secret of their theology or the reasons why they take the stand they do.

But what I find most painful is the silence or prevarication of those who don’t agree with the new sexual ethic, who understand that our ministry is the ministry of the Word of God, but who say nothing except to distance themselves from a movement like GAFCON.

I have sat in the room with Primates who have spoken with evident deep pain about the way in which the ones they have looked to for clear teaching and leadership, have failed to say publicly what God’s word says.

More, when I mix with ‘the ordinary person in the pew’, people who have always understood that we are meant to obey the word of God, when these people seek to live and speak for Christ in a culture which has abandoned God, they too are bewildered and dismayed by a leadership which has not given them voice and hope.

A Moment and movement

The long slow slide into changing the doctrine of the church suits those who want to see a rapprochement with the culture.  That is why it was so important for there to be a decisive moment in Jerusalem with its prophetic summons to repent and repair.

And it is a movement for all.  We are aiming to preach the gospel, gather God’s people, and renew our Communion at the deepest level.  We are joining hands with others across the world in other denominations who are engaged in the same struggles.  The plans we made in Nairobi to extend and strengthen the movement are happening.

This is a movement which you can be part of.  I believe that when you become a Supporter you are signalling your determination to stand with Elijah and those who refuse to bow the knee to the fashions of our time.

My dream is for there to be thousands of Supporters worldwide, men and women who wish to guard the truth, preach the truth and have fellowship with God’s people.