Back to Basics Part 2: Good Reading of the Good Book 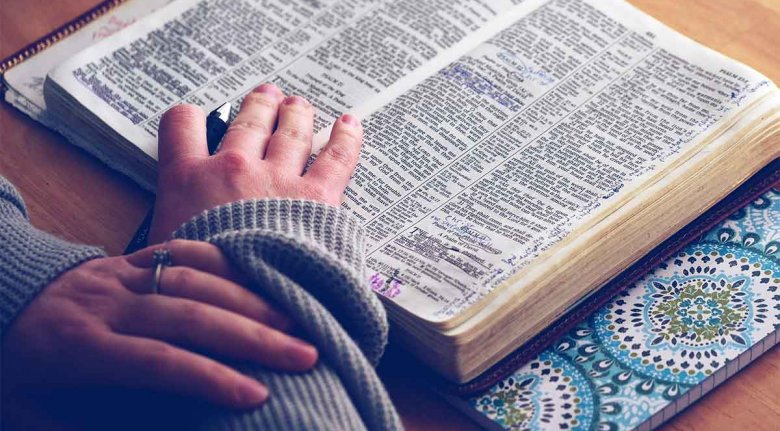 Our General Secretary, Dr Peter Jensen, has written a series of reflections following the January 2016 Primates Gathering on the fundamentals underpinning the basis of our faith. This is the second in that series of six thought leadership and teaching papers.

To assess the implications of the Primates’ gathering in January and what we have seen subsequently, I am suggesting that we go back to basics.  The first point was the authority of the Bible over our consciences and over the churches.  It is God’s Word written.

But there is a hot contest over the interpretation of the Bible, especially when it comes to God’s expectations about sexual behaviour.  What can we say about how we read the Bible?

Good Reading of the Good Book

One of the most wonderful features of our Anglican church is its clear belief that the word of God, the sacred Scriptures belong to us all.  They are not the preserve of academics or clergy. Listening to the Bible, reading the Bible and knowing the Bible is a privilege which all share.  God trusts us with his Word.

Now I always think that there are two basic rules in all reading.

First, read with love.  That is, our love for an author should mean that we take them at their word.  We should presume that they are trying to communicate.  Thus, our aim is not read what we want to into the word, but, as far as we can, what the word actually says.  We need to observe such things as genre and language – as we do all the time when we are reading. What we read may fill us with disgust or dismay, but it has to be read for what it says, not for what we want to see in it.

The reader is not the author.

Second, read in context.  This, of course flows from reading with love. But it is particularly important to read the Bible this way.  The Bible is a unity, inspired by God.  It has many facets to it, but it is united in its source (the Spirit), its theme (the kingdom of God), its central character (the Lord Jesus) and its framework (the Covenants of God).  There are many rules to good reading, but the basic one is this: the Bible interprets the Bible.

And that is what the Anglican Church says. In the 39 Articles of religion we read: ‘The Old Testament is not contrary to the New…Although the Law given from God by Moses as touching Ceremonies and Rites, do not bind Christian men, nor the Civil precepts thereof ought of necessity to be received in any commonwealth; yet notwithstanding, no Christian man whatsoever is free from the obedience of the Commandments which are called Moral’ (Article 7; see also Article 20).

Well it does.  One of the really surprising things about current debates is the ignorance displayed about these basic principles, even by Anglican Christians.  I can understand media people saying to me, ‘but you eat pork and that is forbidden in the Bible, why don’t you accept sexual permissiveness?’  But I am amazed that those who profess faith should be so unwitting.

Does the Bible itself repeal the practice of the food laws?  Yes it does.

Does the Bible itself repeal the laws against sexual intercourse outside of the marriage of a man and woman? No it does not.

And this is not a recent insight.  It is exactly what Bible readers down through the ages have observed with no real difficulty. And again, when we read the Bible, we are always advised to ask ourselves what other readers report.  Not that they are infallible, but that neither are we, and we can learn from others as they too ask themselves, ‘how does the Bible interpret the Bible on this point?’

As the Jerusalem Declaration says, we read the Bible ‘in its plain and canonical sense, respectful of the church’s historic and consensual reading.’

Why does it matter?

But the present debates over human sexuality do not fall into that category.  Thus when Jesus himself condemned immorality (e.g. Mark 7:21) he was using a word which protects our sexual lives by confining relations with another person to marriage.

The rights and wrongs of sexuality are a major issue in the Bible from start to finish.  And the consistent, unrepented misuse of our sexuality, like greed and idolatry, places us outside the kingdom of God. That is why this matter is so important.

Thus, when we are told that this is a disputed matter in the Bible, two bad things follow:

First we are tampering with the clarity of the Bible.  If the Bible is not clear on this point, what is it clear on?

Second, we are placing souls at risk, because we will not call for repentance.

The stakes are that high and that is why I am going back to basics.